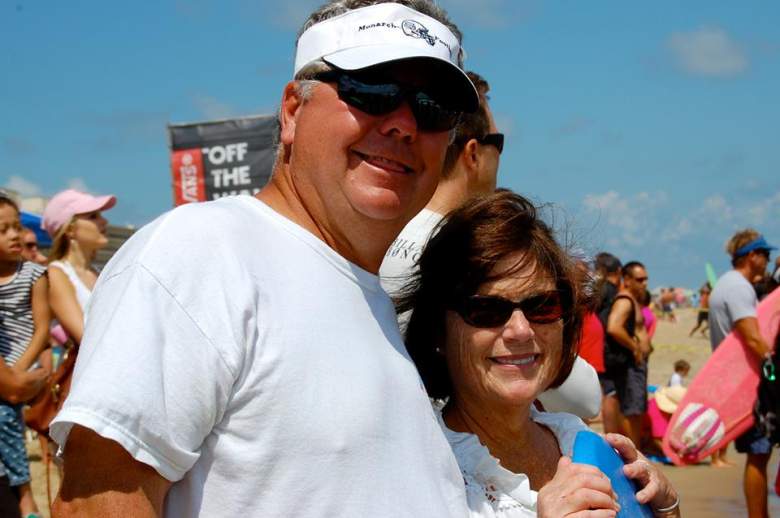 Terry Andres was one of the victims of a shooting at Fort Lauderdale-Hollywood International Airport on January 6. (Facebook)

Terry Andres was one of five people killed at a shooting at Fort Lauderdale-Hollywood International Airport on January 6. His daughter confirmed he was one of the victims to WAVY-TV. He lived in Virginia Beach, Virginia and was born in Millville, New Jersey. He graduated from Millville High School.

I also realized how relatively young America is and what we have accomplished in relatively a short time. God Bless America and proud to call it home.

The shooter, Esteban Santiago, also injured eight others when he went on a shooting rampage in Terminal 2 near the baggage claim of the airport.

Andres leaves behind a wife, two daughters, grandchildren and a storied past in his home state of Virginia.

Here’s what you need to know about Andres:

1. Andres Was on Vacation With His Wife During the Shooting, She Survived

Terry Andres, right, and his wife, Ann, pose for a picture. Andres was one of five killed in a shooting that took place at an airport in Fort Lauderdale, Florida. (Facebook)

When Santiago emerged from an airport bathroom and opened fire, Andres, who was 62 years old, was nearby with his wife, Ann.

According to Daily Mail, Terry and Ann were on vacation and set to go on a cruise when the chaos broke out. His wife reportedly escaped from the ordeal and was unharmed.

Andres was very appreciative of the relationship that he had with Ann. The couple celebrated 39 years of marriage September 10. In a 2013 Facebook post, Andres wrote:

36 years ago tomorrow I married my beautiful wife and soul mate. I would like to wish her Happy Anniversary and let her know even though we are miles apart, she has my heart. Thanks for putting up with me.

He loved his wife dearly and he wasn’t afraid to admit it. In a 2012 post to Facebook, Andres wrote:

I want to wish my wife Happy Anniversary today. 35 years ago, I married my beautiful wife and it seems like yesterday. I can’t imagine what life would have been like without her. I’m truly blessed to have her, my children and grandchildren in my life.

Andres had his 63rd birthday coming up later this month The couple had two daughters together, with one of them confirming his death to WAVY. She told the Virginia news station that the family is “distraught over the loss and has asked for privacy at this time.”

2. Andres Worked at a Naval Shipyard

Terry Andres was one of five people killed in the Fort Lauderdale airport shooting on January 6. (Getty)

Andres worked at a Norfolk Naval Shipyard in Portsmouth, Virginia, a spokeswoman confirmed.

The shipyard’s website claims its one of the “largest shipyards in the world to specialize in repairing, overhauling and modernizing ships and submarines.” Its also a part of the Naval Sea Systems Comman and is the oldest and largest industrial facility belonging to the Navy.

Terry has been noted on social media as being a very social, genuine and carrying person: 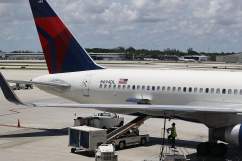 TSA Rules: How Can You Check a Handgun on a Flight?

3. Andres was a Father & Grandfather

In addition to being madly in love with his wife of 39 years, Andres was a family man. He was the father of two daughters and leaves behind at least three grandchildren, two granddaughters and one grandson. He posted about on his Facebook page about the birth of his grandson in 2013:

Yesterday I was blessed with a new grandson … I’m so proud of the new parents. After having two daughters and two granddaughters, we have another male in the family. Looking forward to be Donavan’s grandfather and being a part of his life.

Then on his 59th birthday, he noted how he got exactly what he wanted from the celebration: a chance to hand out with his family for the day:

I want to thank all my friends and family for my birthday wishes. I had a great day spending time with my granddaughters at the boardwalk and having dinner with friends and family. It was a good 39th birthday.

Andres’ page is flooded with posts and pictures of the time he spent with his grandchildren.

Andres was a volunteer on a support truck which assisted firefighters with the Oceana Volunteer Fire Department in Virginia Beach, the Miami Herald reported.

One of the former volunteers at the branch, Tommy Harrell, said of Terry: “(I remembered Terry) as being a great person and doing anything to help out.”

On the department’s Facebook page, former co-worker David Burket wrote, “What a good man RIP Terry Andres I will always remember the good on support 8.”

In addition to his time with the fire department, Andres liked to volunteer whenever he could. He wrote in a Facebook post in 2014 that he took advantage of an opportunity to volunteer during a professional tennis event in South Carolina:

I would like to remind all tennis enthusiasts about the 2014 WTA Family Circle Cup womens tennis tournament being played in Charleston, SC this week. It is the largest all women tournament in the world. The main draw includes such players as Serena and Venus Williams, Jelena Jankovic, Sara Errani, Sabine Lisiski, Sloane Stephens and many other top women.The complete draw can be found at Familycirclecup.com. I have the opportunity to volunteer as an usher at this years event and to see live the talent of these women. It amazes me how hard the women can hit the ball and how many hours of practice it takes to be that good. ESPN2 and ESPN3 are televising the tournament this week.

His listed hobbies include listening to county music, bike riding, woodworking and golf. On his 60th birthday, he joked about he was happy to celebrate it with a round of golf:

Thanks for all the birthday wishes from my facebook family. Working in Charleston,SC so I celebrated the day without my family. I treated myself to round of golf but I didn’t get my birthday wish for a hole in one. Maybe next year. Now I can tee off from the senior tees. By the way, 60 feels the same as 59 but now I can receive my senior discounts.

Andres was one of the first two names of the five victims of the Fort Lauderdale shooting. 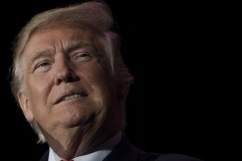 5. Andres is One of Three Victims Named so Far in The Shooting/h2>


As details emerge, the stories of those killed in the Fort Lauderdale airport shooting also come to light. Two other victims have also been confirmed killed in the incident.

Michael Oehme was also on his way to a cruise through Fort Lauderdale when Santiago came out shooting, the Sun Sentinel reported.

Oehme was 57-years old and married to Kari Oehme, who is 57. Kari was shot in the shoulder, but is expected to make a full recovery.

Oehme was a surveyor and had his own company called Boundaryline Surveys Oehme-Nielsen & Associates, according to public records. His wife is a customer service representative for a telecommunications company, according to her Facebook profile.

The couple lived with their dog in Council Bluffs, Iowa. Council Bluffs is has a population of 62,000 and is just east of Omaha, Nebraska.

Another victim of the mass shooting is Olga Woltering, from Marietta, Georgia, The Atlanta Journal Constitution reported.

Like Andres and Oehme, Olga was set to go on a cruise with her significant other, her husband Ralph, when she was shot dead by Santiago. Ralph was able to escape the scene unharmed.

The cruise was slated to leave January 7 with Ralph to celebrate his 90th birthday, the Daily Mail reported.

One of Woltering’s good friends, Chip Oudt was supposed to go on the cruise with the couple:

According to The Atlanta Journal Constitution’s report, the couple were religious and were active members at the Transfiguration Catholic Church.

This post will be updated when additional details on Andres become available.

Loading more stories
wpDiscuz
6
0
Would love your thoughts, please comment.x
()
x
| Reply
Terry Andres was one of five people shot dead by Esteban Santiago at Fort Lauderdale-Hollywood Airport on January 6. Andres was a grandfather from Virginia.