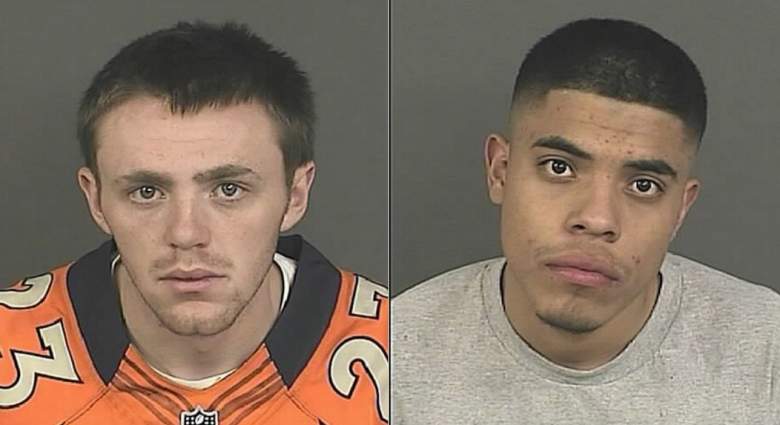 Ever Valles and Nathan Valdez are accused of murdering a man at a light rail station in Denver.

One of the men – Valles – is also accused of being in the country illegally. According to a tweet from a 9 News reporter on February 17, “Man charged in light rail station murder flagged for deportation months ago. Walked out of Denver jail before ICE pickup.”

The men, both 19, were charged February 17 in the murder of Tim Cruz.

1. ICE Had Placed a Detainer on Valles Several Months Before the Murder

According to 9 News, Valles had already caught the attention of immigration authorities several months before the murder.

“A source within ICE confirms to 9Wants to Know ICE placed a detainer on Ever Valles, 19, back in October shortly after Denver Police arrested Valles on a car theft case,” the television station reported.

However, despite the detain hold, Valles was released on $5,000 bail in December. ICE says he’s a gang member and the detain hold was not “honored,” and the jail said it told ICE he was being released, according to 9 news.

2. The Two Men Are Accused of Robbing the Victim at a Light Rail Station

Both men are accused of robbing the victim at a Denver-area light rail station. The shooting occurred around 1 a.m. on February 7.

3. Valles Was Arrested on a Parole Violation & Has a Criminal History

According to the Denver Post, Valles was arrested the day after the murder “on a parole violation.” Police arrested Valdez on February 10.

The Denver Post reported that Valles confessed to robbing Cruz, but blamed Valdez for shooting him.

Valles then accused his accomplice of also shooting him, saying, “You saw too much,” the newspaper reported.

Before the men were captured, police released photos from a video surveillance camera.

They were both wearing masks; one of the masks covered only part of the man’s face and had a skull on it, police said.

Loading more stories
wpDiscuz
1
0
Would love your thoughts, please comment.x
()
x
| Reply
Ever Valles and Nathan Valdez are accused of murdering Tim Cruz in the Denver light rail station murder. Valles is also accused of being an illegal immigrant identified by ICE previously.