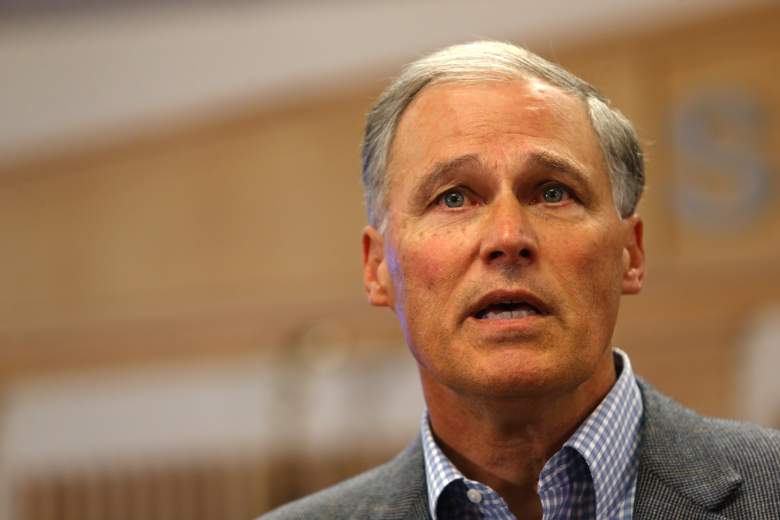 Jay Inslee, the governor of Washington, is at the center of a lawsuit against President Donald Trump’s travel ban.

Governor Inslee, along with Washington Attorney General Bob Ferguson, filed a lawsuit recently challenging Executive Order 13769, which suspends immigration from seven Muslim-majority nations. Judge James L. Robart on February 3rd issued a temporary restraining order, and on February 9th, the 9th Circuit Court of Appeals chose not to life that restraining order while the legality of the ban is determined.

In an appearance on MSNBC on Friday, Inslee responded to President Trump’s statement that he’ll “see you in court” by saying, “We already saw you in court. You lost.”

Here’s what you need to know about Jay Inslee, the governor of Washington who is taking on the Trump administration.

1. He Has Served as Governor of Washington Since 2013 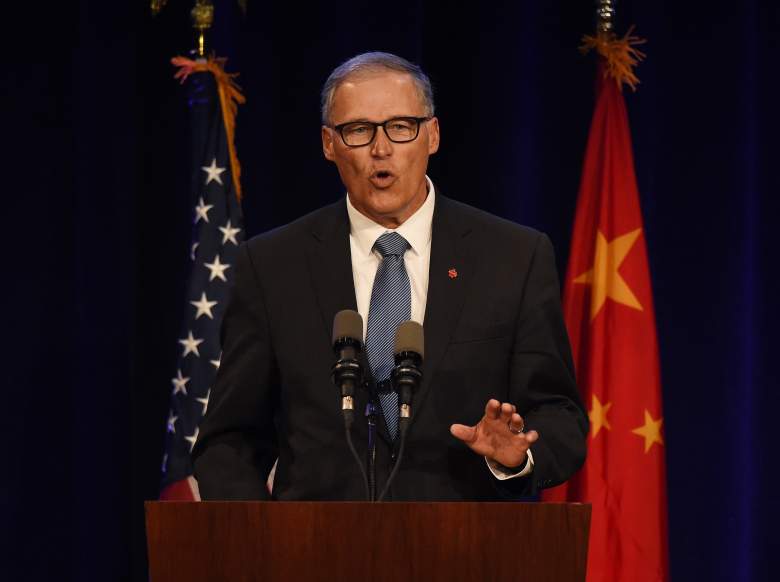 Jay Inslee is currently in the middle of his second term as governor of Washington.

During the 2012 gubernatorial election, Inslee fought against Republican Rob McKenna. The incumbent governor, Christine Gregoire, had decided not to run for another term. The race between Inslee and McKenna was pretty competitive, and on Election Day, the vote was too close to call. Inslee was ultimately declared the winner the following day with 51 percent of the vote.

Inslee campaigned on a promise to expand economic opportunities in manufacturing in the state of Washington. He was also critical of Rob McKenna for his opposition to Obamacare while he was attorney general of Washington. This lead to the editorial board of the Seattle Times arguing that Inslee was focusing too heavily on a federal issue in a state campaign.

“Jay Inslee is wasting voters’ time by making an issue of federal health-insurance reform in his campaign for governor in 2012,” The Seattle Times editorial board said. “Instead of attacking Attorney General Rob McKenna’s challenge to ‘Obamacare,’ Inslee should focus on state issues.”

In November 2016, Inslee was challenged by Republican Bill Bryant, but he won re-election with 54 percent of the vote.

2. He Worked in the Clinton Administration 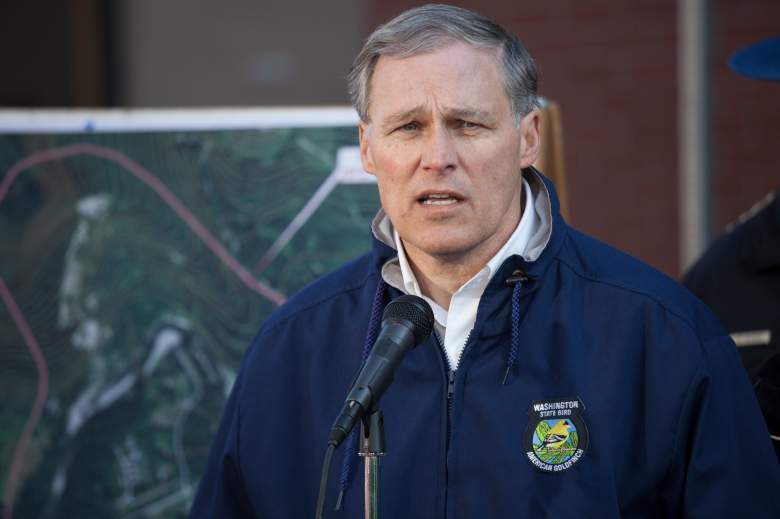 Jay Inslee addresses the media during a press conference after a deadly mudslide on March 23, 2014 in Arlington, Washington. (Getty)

After losing re-election, Inslee ran for governor of Washington, but he lost in the blanket primary. Finally, he was given a job in the Clinton administration, becoming President Bill Clinton’s pick for regional director of Health and Human Services.

In 1998, Inslee ran for Congress again and won; this time he represented the 1st district.

3. He Is a Proponent of Fighting Climate Change 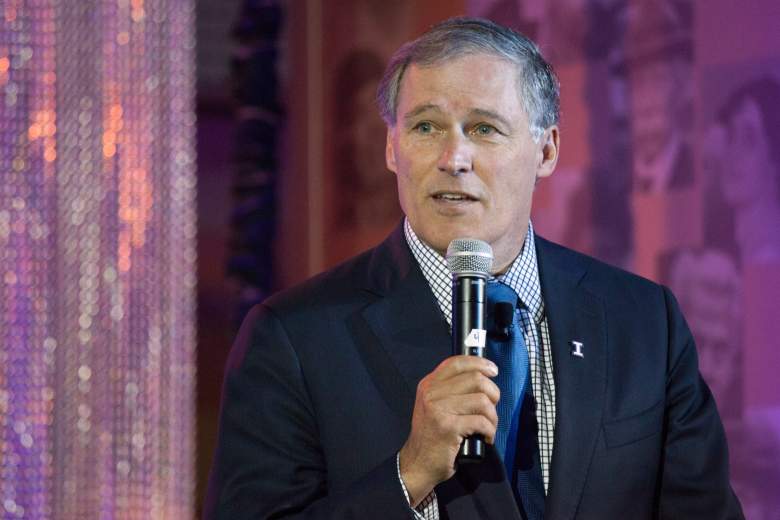 Jay Inslee addresses the crowd during a launch event for the Bezos Center for Innovation at the Museum of History and Industry on October 11, 2013 in Seattle, Washington. (Getty)

Since his time in Congress, Inslee has been one of the most outspoken proponents of taking action to stop climate change. In 2011, The New York Times described Inslee as “one of Congress’s most ardent advocates of strong action to combat global warming.” At the time, Inslee had attended an Environmental Protection Agency hearing, to which he brought two-foot-high stack of literature on the subject of climate change.

Inslee in 2002 wrote an op-ed for The Seattle Post-Intelligencer talking about the importance of ending the United States’ reliance on oil and natural gas.

“Congress should seize the moment to champion a unified and highly prioritized national program to fulfill America’s destiny of leading the world to a new clean energy future,” he wrote. “We should call for a total national commitment to harness the genius of America’s can-do attitude that would design, invent and deploy the new clean energy technologies that befit this new century.”

4. As Governor, He Has Fought to Abolish the Death Penalty 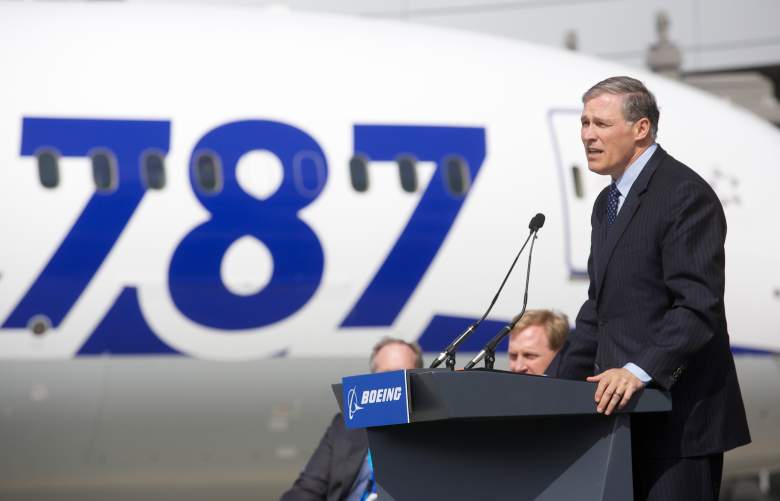 Governor Jay Inslee speaks during during the opening of the new Everett Delivery Center April 3, 2013 in Everett, Washington. (Getty)

Inslee is not a supporter of the death penalty, and in February 2014, he announced a moratorium on executions in the state of Washington.

“Equal justice under the law is the state’s primary responsibility. And in death penalty cases, I’m not convinced equal justice is being served,” Inslee said in a statement at the time. “The use of the death penalty in this state is unequally applied, sometimes dependent on the budget of the county where the crime occurred.”

Jay Inslee’s wife is Trudi Inslee, whom Jay met in high school, according to the Governor of Washington website. Trudi and Jay were married in 1972, and they have three sons: Jack, Connor, and Joe,

Trudi over the years has volunteered for organizations like NARAL Pro-Choice Washington, Planned Parenthood, and Mothers Against Violence in America.

She also maintains a large garden outside of the Washington Governor’s Residence. In 2013, Trudi grew 500 pounds of food which was then sent to the Thurston County Food Bank, the Rainier Valley Food Bank, and the Salvation Army, according to the Seattle Times.