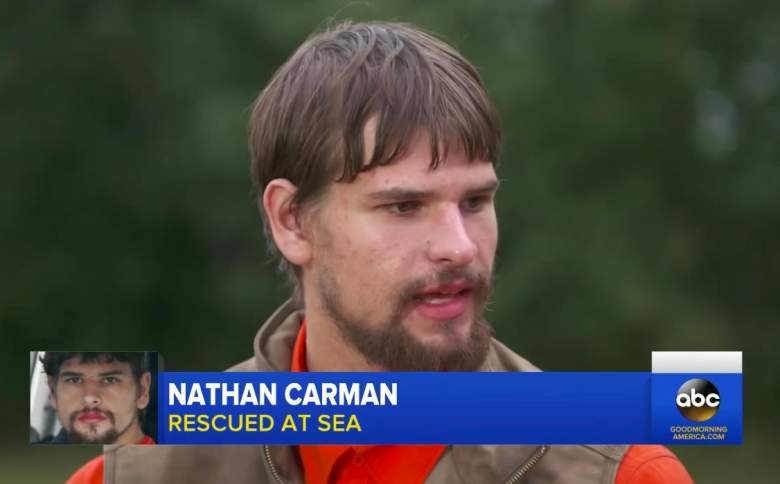 On September 17, 2016, Nathan Carman and his mother, Linda, left for a fishing trip from a Rhode Island marina. They did not return for hours, and the Coast Guard eventually sent out a search team. Nathan was alone at sea for eight days before he was finally rescued by a Chinese freighter. His mother was nowhere to be found, and is presumed dead.

Tonight, ABC News’ 20/20 will speak to Nathan about what he believes happened that fateful day. They will also speak with Captain Zhao Hengdong, the captain of the freighter that rescued Nathan, psychologist Dr. Rebecca Sachs, Captain Dave McCormick, and a local man named Mike Iozzi who spoke to Nathan before he and his mother took to the open sea.

Read on to learn more about Nathan Carman.

1. He Wasn’t Rescued for Eight Days

It looks like an inspiring story of survival but is Nathan's story the whole story? #ABC2020’s investigation Friday https://t.co/ztbu7JLqoJ pic.twitter.com/lghWO4Lwjp

Nathan and his mother headed out to fish for tuna on the evening of September 17, 2016. Nathan says that their boat began taking on water, at which point he gathered necessary safety equipment. Nathan looked for his mother, but claims she was nowhere to be found. He spent eight days alone at sea before being rescued by a Chinese freighter called the Orient Lucky, about 115 miles from Martha’s Vineyard.

In an audio recording obtained by News 8 WTNH , Nathan tells the US Coast Guard that he “heard a funny noise in the engine compartment” before the boat started to sink. “I looked and saw a lot of water… I was bringing one of the safety bags forward, the boat dropped out from under my feet. When I saw the life raft I did not see my mom.”

2. He Could Collect a Multi-Million Inheritance Because of His Mothers Death, According to ABC

According to ABC News’ Scoop, Nathan “stands to collect a multi-million inheritance as a result of the death of his mother.”

On Tuesday, The Courant released an article reporting that Linda Carman is worth more than $6.5 million, according to probate records. A majority of her money comes from a limited liability corporation she owned with her three sisters. “The four sisters are expected to evenly split at least $20 million from their father’s estate, meaning Linda Carman’s net worth would nearly double and be more than $10 million.” 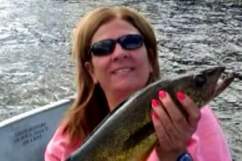 Sharon Hartstein, Linda’s best friend, confirmed to ABC that Nathan was diagnosed with Asperger’s syndrome when he was younger.

According to The Boston Globe, he was admitted to a Connecticut hospital for psychiatric treatment when he was 17-years-old, after the death of his beloved horse.

4. He Was the Last Person to See His Grandfather Before He Was Shot and Killed

On December 20, 2013, Nathan’s grandfather, John Chakalos, 87, was found fatally shot in his Connecticut home just before 8:30 am. According to NBC Connecticut, Chakalos left behind an estate worth more than $42 million to his four daughters, one of whom was Linda Carman.

Nathan was a suspect in the 2013 shooting that killed his grandfather. The Courant reports that police submitted a warrant for his arrest on a murder charge, but it did not go through– prosecutors returned the warrant unsigned.

Gerald Klein, who was at one point Linda Carman’s attorney, told The Hartford Courant that Linda once told him Nathan would never hurt Chakalos. “[Linda] was absolutely convinced that Nathan was innocent,” Klein told the outlet.

5. He Says He Is Not Responsible for the Deaths of His Mother or Grandfather

Some have speculated that Nathan is responsible for his mother and grandfather’s deaths. Nathan has adamantly denied these claims.

Speaking with The Courant, he said, “I’m lucky to be alive, I lost my mother and very, very difficult people, especially The Hartford Courant are trying or, raking up the time when I lost my grandfather. [He] was like a father to me and casting that in just a very, very wrong light.”

When Carman’s father, Clark, spoke to the Courant, he said the only reason Nathan was a suspect in his grandfather’s murder was because he was the last person to see him alive. “The kid was so devoted to him. There were only two people in his life, his mother and his grandfather. There was no motive. There was nothing to gain with John dying, he had everything to lose. He’s not the type of individual who’s aggressive. He’d walk away from a situation rather than attack. Really it’s not in his mental makeup.”