The Appeals Court denied the government’s request to stay a temporary restraining order that put the travel ban on hold while the case over the constitutionality of the executive order plays out in court.

“We couldn’t be more pleased with how careful and thoughtful the opinion is,” Purcell said after the court’s ruling.

Washington Solicitor General on 9th Circuit Court ruling: "We couldn't be more pleased with how careful and thoughtful the opinion is." pic.twitter.com/hUF84g06bj

The lawsuit was filed by the state of Washington and its attorney general, Bob Ferguson. The state of Minnesota later joined the lawsuit and dozens of businesses and civil rights organizations, including the ACLU, have expressed support in court filings.

Judge James Robart issued the nationwide temporary restraining order last week, halting Trump’s executive order and returning the country’s immigration policies to what they were before the president signed the order two weeks ago.

The order, issued January 27, barred citizens from seven Muslim-majority countries – Iraq, Iran, Syria, Libya Somalia, Sudan and Yemen – from entering the country, causing chaos at airports and protests nationwide. The order banned all citizens from six of the seven countries from entering the country for 90 days and refugees for 120 days. Syrians were barred indefinitely. Green card holders, who are legal permanent residents of the United States, were initially included in the ban, but were later allowed to enter.

Justice Department lawyer August Flentje argued the U.S. government’s side. Flentje is a career attorney in the Department of Justice currently assigned to the appellate division.

You can listen to the live stream of the hearing here.

You can read the court’s ruling here.

The case could now be appealed by the Justice Department to the Supreme Court, where Purcell would likely argue for the state of Washington again. President Trump signaled the further appeal could come.

Purcell told CNN, “The irony from our perspective is we’ve seen him in court twice now, and we’ve won both times. It’s not like it doesn’t count until you get to the U.S. Supreme Court. The judicial system involves many stages.”

In a more tempered statement, the Department of Justice said it “is reviewing the decision and considering its options. We have no further comment.”

Ferguson, who brought the lawsuit, said, “Bottom line: This is a complete victory for the state of Washington.”

Here’s what you need to know about Purcell:

1. Purcell Was Appointed as the Solicitor General in 2013

“Washington has one of the most highly respected appellate practices in the nation,” Ferguson said in a statement. “As a former U.S. Supreme Court clerk and an outstanding attorney, Noah is among the best and brightest lawyers in our state. He will be a tremendous leader to this outstanding legal team.”

According to the Attorney General’s office, the Solicitor General’s office “guides the AGO’s work in appellate cases, provides legal advice on issues of statewide significance, and coordinates the office’s involvement in cases before the U.S. Supreme Court.”

After Purcell entered the national spotlight, he received high praise from his boss.

“The secret is out about extraordinary advocate Noah Purcell,” Ferguson wrote on Twitter. “Making him SG one of my best decisions.”

He fell in love with the law there, at a school that is “one of the most diverse in the nation,” its current principal, Jennifer Wiley, told the news station. He was part of the school’s mock trial team.

“The values that Noah learned at Franklin High School are the same values he’s arguing for in court,” teacher Don Eaton said.

His former teacher and mock trial coach, Rick Nagel, told the news station he saw something special in Purcell.

“His strengths are extraordinary — writing ability, preparation that leaves no stone unturned,” Nagel said. “You better believe I was proud of him.”

Purcell’s former classmate, now an assistant principal at their high school, told Q 13, “He’s taking on one of the most powerful people in the world; we will hear about Noah Purcell in the future.”

Franklin High School plans to honor him at an awards ceremony, the news station reports.

2. He Graduated From the University of Washington Before Going to Harvard Law School

Purcell graduated from the University of Washington in 2002, where he was a Mary Gates Leadership Scholar, according to the school’s website.

He is a native of Washington, graduating from Franklin High School in Seattle.

After college, Purcell briefly went into politics, working as the campaign manager for Eric Pettigrew, helping him get elected to the state legislature in 2002, and then working for him as an assistant in the state House.

“It’s no surprise to me that he has latched on and found himself on the national stage,” Pettigrew, a Seattle Democrat, told The News Tribune. “As a matter of fact, I feel such reassurance and comfort knowing that his eyes and his brain is looking at this stuff.”

Purcell spent a year at University College Dublin, completing a master’s degree in economics, before heading to Harvard Law School. 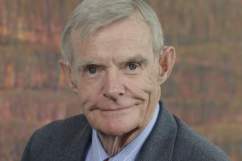 After Harvard, Purcell clerked for U.S. Supreme Court Justice David Souter from 2008 to 2009, according to the Attorney General’s website.

He also clerked for Judge David Tatel on the D.C. Circuit Court of Appeals.

“Noah was a terrific law clerk, and he’ll be a terrific Solicitor General,” Souter said in a statement after Purcell was appointed to the position. 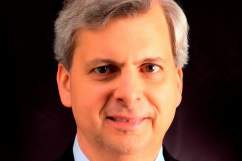 4. He Worked for the Law Firm Perkins Coie & the Department of Homeland Security During President Obama’s Administration

After clerking for Souter, Purcell took a job as an attorney in the Department of Homeland Security during President Barack Obama’s administration, according to the Attorney General’s website.

Purcell’s job was “advising on security and immigration issue.” He worked “extensively on the federal government’s challenge to Arizona’s immigration law.”

He then went on to work for the Washington law firm Perkins Coie in its litigation and appellate practices before being appointed to the job in the attorney general’s office.

While at Perkins Coie, he represented patients seeking access to medications in the case Stormans, Inc., et al vs. Selecky, et al.

The case was argued before the U.S. Court of Appeals for the Ninth Circuit, and challenged the Washington State Board of Pharmacy’s rules requiring pharmacies to guarantee timely access to medication, including emergency contraception. He provided pro bono representation to patients who would be harmed if the rules were struck down, the Attorney General’s office said. 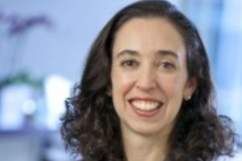 5. He Is Married to a Fellow University of Washington Grad & Has 2 Children

In an interview with the University of Washington’s alumni publication, she talked about their advocacy:

Noah and I went to Franklin High School in Seattle, an inner-city public school where most of our fellow students were from low-income families in which neither parent had gone to college. We saw firsthand that many of our classmates did not go on to college because their families lacked the resources to pay for tuition, room and board and other expenses. That experience made us both committed to fighting to ensure that public colleges and universities in Washington remain affordable, and that public schools adequately prepare all students for college and give them the assistance they need to apply successfully. We are also both the kind of people who get involved in issues we feel passionate about—we try not to complain about things without doing something to try to fix them.

In 2001, while they were students at UW, they filed a lawsuit against the school to block a fee charged to students to cover costs of the school’s power bills. They argued the school didn’t have the power to assess the fee, and won the case.

Jasmin Purcell also graduated from Harvard, with a master’s degree in public policy. She has worked in politics and for Change to Win, a coalition of unions representing over 5 million members.

Together they founded Affordable Tuition Now!, a “student advocacy group dedicated to keeping tuition at UW and other state universities affordable.”

The couple has two young children, including a son, Desmond, according to the Attorney General’s website.

Loading more stories
wpDiscuz
5
0
Would love your thoughts, please comment.x
()
x
| Reply
Noah Purcell is the solicitor general for the state of Washington. He is arguing the plaintiff's case in the lawsuit against President Donald Trump's immigration ban.