The Navy SEAL who died in a gun battle with terrorists in Yemen was an honored member of an elite special forces team who was praised as a selfless warrior.

Trump went to meet the body of the slain SEAL as Owens arrived at Dover Air Force Base. Owens was a member of the famed SEAL Team 6, and he died January 28 in a gun battle with Al-Qaeda militants in the Arabian peninsula in Yemen.

Owens’ father, Bill Owens, has recently become outspoken in criticism of Donald Trump, with whom he refused to meet. He wants an investigation into his son’s death, questioned the mission and disliked Trump’s criticism of the Gold Star family of Capt. Humayun Khan during the Democratic National Convention, according to CNN. You can read more about the father’s criticism here.

However, Owens’ wife, Carryn Owens, attended Trump’s address to Congress on February 28 as his guest. In a moving moment, her eyes welled with tears as Trump praised her husband as a hero, and the room erupted in applause. Her parents were also in attendance. The wife sat near Ivanka and Melania Trump. She then looked upward.

Trump said, in part, “Ryan died as he lived. A warrior and a hero, battling against terrorism and securing our nation.” Trump called it a “highly successful” raid that generated “large amounts of vital intelligence…Ryan’s legacy is etched into eternity.”

News reports say an American child also may have died in the raid, which killed at least 14 Al-Qaeda militants, who engaged the SEAL team in a ferocious firefight. The American military now says there were likely civilian casualties as well, including possibly children.

1. Owens Was a Father, Husband & San Francisco Giants’ Fan Lauded as a ‘Hero’ by the Team’s Catcher

Sadly, Javier Lopez relayed the news to me today that Ryan Owens had been killed in Yemen while serving our country. Ryan was a member of Seal Team 6 and a big Giants fan. He would come to spring training frequently and I had the honor of meeting him and his son in 2012. For me, it is easy to take for granted the life that my family and I get to live everyday. Words don't do justice for the gratitude that I have for people like Ryan that sacrifice their lives fighting against evil, so that we may live with freedom. Unfortunately for Ryan's family, they lost a husband and a father this weekend. I can't imagine the pain they must be going through. Please keep his family in your thoughts and prayers. Ryan Owens was a hero that is gone way too soon.

“Ryan was a member of Seal Team 6 and a big Giants fan,” wrote Giants’ catcher Buster Posey on Instagram of the slain SEAL. “He would come to spring training frequently and I had the honor of meeting him and his son in 2012. For me, it is easy to take for granted the life that my family and I get to live everyday. Words don’t do justice for the gratitude that I have for people like Ryan that sacrifice their lives fighting against evil, so that we may live with freedom. Unfortunately for Ryan’s family, they lost a husband and a father this weekend.” (A GoFundMe site has been established to help Ryan’s family.)

The catcher added, “I can’t imagine the pain they must be going through. Please keep his family in your thoughts and prayers. Ryan Owens was a hero that is gone way too soon.”

The raid was targeting a powerful family in Yemen associated with Al-Qaeda terrorist, Abdulraoof al-Dhahab. KTLA reported that the raid was focused “against al-Qaida in the Arabian Peninsula headquarters.” According to The New York Times, a “fierce firefight” erupted in the raid, which was part of the “yearslong shadow war against Al-Qaeda’s “Yemen affiliate.”

The Times reported that the goal was to obtain computer planning intelligence of plots against America in the targeted Al-Qaeda home.

“Almost everything went wrong,” NBC News quoted an unnamed military official about the botched raid, which was overshadowed by the protests and controversies over Trump’s immigration ban.

According to Reuters, accounts of the dead and injured conflicted.

The U.S. military claimed 14 militants were killed, but medics present “said around 30 people, including 10 women and children, were killed,” Reuters reported. There were reports that the SEALs encountered female Al-Qaeda fighters.

The problematic raid has raised questions about who made the call; Colin Kahl, former Deputy Assistant to President Obama & National Security Adviser to former Vice President Biden wrote on Twitter that Obama left the decision to the new administration, claims Trump made the call without properly vetting the raid, and says the Trump team owns the consequences.

2. Owens Was a Decorated SEAL Who Had Dreamed of Serving His Country Since High School

Owens, 36, was from Peoria, Illinois. According to The Chicago Tribune, he had dreamed of being a SEAL since he was in high school.

“People might have thought it was just a kid talking,” high school friend Cody Jackson told the Tribune. “But he meant every word of it. He always talked about the greatest thing he could do was serve his country.”

A high school athlete, Owens enlisted in the Navy after graduating from high school, the Chicago Tribune reported.

He was a “decorated Navy SEAL from the Virginia-based elite unit known as SEAL Team 6,” according to the San Diego Union Tribune.

The newspaper said that Owens “was twice awarded the Bronze Star medal with V for valor in combat.”

Time Magazine reported that Owens, “a recipient of two bronze stars, Joint Service Commendation and an Afghanistan Campaign Medal among others, joined the Navy in 1998 and received his special warfare training in Coronado, California.”

3. The Defense Secretary Praised Owens For His ‘Selfless Commitment’ as a Warrior, While Trump & Ivanka Went to Pay Respects

JUST IN: Pres. Trump is making an unannounced visit to Dover AFB to honor a slain Navy SEAL https://t.co/Lw2q91XspP https://t.co/VwbtfzFnWM

Defense Secretary James Mattis praised the slain SEAL, and Trump and his daughter, Ivanka, went to Dover to pay their respects as Owens’ body returned to American shores. According to the Chicago Tribune, Owens was on his 12th deployment with the American military.

Trump previously spoke with Owens’ widow, according to The Washington Times. He was also accompanied to Dover by Chris Coons, a Democratic senator from Delaware, the newspaper reported.

“Ryan gave his full measure for our nation, and in performing his duty, he upheld the noblest standard of military service,” the defense secretary said, according to UPI. “The United States would not long exist were it not for the selfless commitment of such warriors.”

4. An American Child Was Also killed in the Gun Battle, Reports Contend

An 8-year-old American girl was reportedly killed in the raid, which was Donald Trump’s first approved clandestine operation, according to NBC News.

Other news organizations attributed claims of the girl’s death to her grandfather. NBC News reported that a “senior military official” the network did not name had confirmed the child’s death. The New York Times reported that U.S. officials denied there were civilian casualties but then said they were “assessing reports that women and children” had died.

The child, Nawar al-Awlaki, sometimes called Nora, was the daughter of an American-born Al-Qaeda leader, Anwar Al-Awlaki, killed by a United States drone several years ago.

Heavy asked the Department of Defense whether it was true an American citizen child had died and how. Christopher Sherwood, a Department of Defense spokesman, responded, “We take all civilian casualty reports seriously. As is CENTCOM’s policy, they are looking into the civilian casualty claims and will make a determination on if there needs to be a full investigation.”

The military has now released this statement:

BREAKING: @CENTCOM says civilians were likely killed during Navy SEAL raid in Yemen on Jan. 29. "Casualties may include children." pic.twitter.com/WOK6ohGUz6

The child’s father, Anwar al-Awlaki, was a cleric born in New Mexico but became a high-profile leader of Al-Qaeda in Yemen. The child’s grandfather claimed that she “was hit with a bullet in her neck and suffered for two hours,” according to the Christian Science Monitor.

The United States, upon the order of President Barack Obama, killed the girl’s father with a drone in 2011. The Times reported that his brother-in-law, also an Al-Qaeda leader, was believed killed in the recent raid.

Nawar’s 16-year-old brother, Abdulrahman al-Awlaki, also an American citizen, was then killed in another drone strike also authorized by Obama, according to the Atlantic.

The recent operation was planned for months, before Trump took office, but he authorized it, according to KTLA.

The Times reported that a Yemeni official contends seven children died in the recent raid, but this was not confirmed. 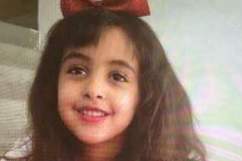 5. Yemen Is One of the Countries Affected by Trump’s Immigration Ban

Yemen is one of the countries subjected to Trump’s controversial 90-day immigration ban, which he has said was necessary to thwart Islamic radical terrorists from entering the U.S. The ban has sparked protests at airports throughout the United States.

According to Military Times, Trump labeled the raid a “success.”

Pentagon spokesman Navy Capt. Jeff Davis told the Military Times that the raid “would provide the Pentagon with further insight into planning” within this branch of Al-Qaeda, “which has taken responsibility for the 2015 ‘Charlie Hebdo’ terror attacks in Paris.”

The Yemen branch of the terrorist operation is considered one of its most lethal and has plotted to bring down American airliners, according to The New York Times. According to Time Magazine, “Al-Qaida in the Arabian Peninsula has exploited the chaos of Yemen’s civil war, seizing territory in the south and east when it began in 2014. A Saudi Arabian-led military coalition has been helping government forces battle the rebels.”

Loading more stories
wpDiscuz
34
0
Would love your thoughts, please comment.x
()
x
| Reply
William "Ryan" Owens, a Navy SEAL with the elite SEAL Team 6, was the first combat death under President Donald Trump. He died in an Al-Qaeda firefight in Yemen.