David Cay Johnston is an investigative reporter who on Tuesday night released a portion of President Donald Trump’s 2005 tax return.

This comes after an election season in which Trump repeatedly refused to release his tax returns as presidential candidates typically do. On the evening of March 14th, Rachel Maddow tweeted that she had a copy of Trump’s tax returns, and David Cay Johnston subsequently tweeted that he would be the one breaking the news.

David Cay Johnston said on Rachel Maddow’s show an hour later that a copy of Donald Trump’s 1040 form from 2005 appeared in his mailbox this morning. He speculated that this could have been leaked by Donald Trump himself or that someone on Trump’s staff may have leaked the form at the president’s direction.

The 1040 form shows that Trump earned more than $150 million in 2005. He paid 25 percent in taxes, although he would have paid four percent if it were not for the Alternative Minimum Tax, a tax that Donald Trump wants to repeal. The form also shows that Trump benefited from a $916 million loss he declared in 1995, something that was previously reported by The New York Times during the election season.

“Before being elected President, Mr. Trump was one of the most successful businessmen in the world with a responsibility to his company, his family and his employees to pay no more tax than legally required,” The White House said in a statement on Tuesday. “…It is totally illegal to steal and publish tax returns. The dishonest media can continue to make this part of their agenda, while the President will focus on his, which includes tax reform that will benefit all Americans.”

Here’s what you need to know about David Cay Johnston, the investigative reporter who broke this story about President Donald Trump.

David Cay Johnston is an investigative reporter who in 2016 wrote a book about Donald Trump. In August 2016, Johnston released The Making of Donald Trump, which he wrote in just 27 days, according to The New York Times.

However, this came after Johnston had spent over three decades covering Donald Trump. He first met Trump in 1988 while working as a reporter for The Philadelphia Inquirer.

“I almost immediately recognized Donald as the P.T. Barnum of our age,” Johnston told The New York Times in an interview about his book.

Johnston explained that when he first met Donald Trump, he said something deliberately wrong during the conversation to see how Trump might respond. Rather than correcting him, Trump “embraced my false fact in his answer,” which Johnston said taught him that “Donald doesn’t know anything.”

Johnston promised in that New York Times Interview, “I’m going to follow [Donald Trump] for the rest of his life.”

2. He Won a Pulitzer Prize for His Tax Reporting

It makes sense for David Cay Johnston to be the one to break this Donald Trump tax return story, as he has spent much of his career reporting on tax-related issues.

From February 1995 to April 2008, David Cay Johnston worked as a tax reporter for The New York Times. In 2001, he received the Pulitzer Price for his work exposing loopholes in the U.S. tax code.

Some of his stories for The New York Times that he won the Pulitzer Prize for include “I.R.S. More Likely to Audit the Poor and Not the Rich,” “I.R.S. Sees Rise In the Evasion of Gift Taxes,” “A Shelter Plan Tests the Limits Of the Tax Law,” and “Sham Shelters for Businesses Flourish as Scrutiny Fades.”

During his reporting, Johnston exposed the fact that many corporations use loopholes to pay less in taxes than ordinary Americans. He also investigated Republicans’ claim that estate taxes hurt farmers, and he found that this virtually never happens.

Three years after winning the Pulitzer Prize, Johnston was again a Pulitzer Prize finalist in 2003 for additional stories about the tax code being manipulated by wealthy people and corporations.

Outside of The New York Times, Johnston has written about tax policy for Tax Notes and The Nation. He has also written a number of books on tax related issues including Perfectly Legal: The Covert Campaign to Rig Our Tax System to Benefit the Super Rich—and Cheat Everybody Else and Free Lunch: How the Wealthiest Americans Enrich Themselves at Government Expense and Stick You With The Bill.

3. He Says That Donald Trump is a Racist & May Have Committed Tax Fraud

David Cay Johnston has not minced words when discussing his opinion of Donald Trump, saying that he believes the 45th president is a racist.

This was during a conversation about Donald Trump’s travel ban. During the same interview, Johnston also questioned the fact that no countries that Donald Trump has investments in were included on the list of banned nations.

Johnston has previously said that there is strong evidence that Trump may have committed tax fraud.

“He reported zero income and $626,000 of expenses, with no receipts and no documentation,” he told Democracy Now in June 2016. “That’s something that could be construed as tax fraud.”

In a July 2015 article for The National Memo called “21 Questions For Donald Trump,” Johnston asked a series of questions of the then Republican candidate, including asking why Trump has not donated to his own foundation since 2006. He also talks about the fact that public records show that as Trump’s career took off, he legally reported a negative income and paid no income taxes. With that in mind, Johnston asks Trump in the article, “Will you release your tax returns? And if not, why not?” This article was written before Donald Trump’s tax returns became a major issue in the campaign.

On Tuesday, David Cay Johnston said that while the form released today shows how much Donald Trump made, it does not show the sources of his income, which is the most important information.

This is a news website that reports on the Trump administration, with the goal of covering Donald Trump in more depth than other reporters might.

“Others quote Trump Tweets,” the website’s about page reads. “We report on what this administration does. Want to know how the Trump administration will affect you? You have the right to White House news. Find out what you can do before changes take effect.”

DCReport’s website notes that David Cay Johnston “literally wrote the book on the president elect” and that he “wants to make sure you know what they’re doing to your government!”

On Tuesday night, DCReport’s Twitter page tweeted about the tax return story, writing, “#BREAKING We have a Trump tax return . @DavidCayJ will be on @maddow @MSNBC at 9pm & @Lawrence at 10pm EST to discuss it.”

Rachel Maddow said on her show on Tuesday night that it was DC Report that obtained the tax return. She also said that an important part of the story is the fact that somehow, the tax returns were handed over to a reporter.

5. He Is Married & Has Eight Children

Leonard is the CEO of the Rochester Area Community Foundation, an organization that works with philanthropists who want to donate money to help improve the lives of people in Rochester, New York. Leonard is also a leader in promoting ethical standards in philanthropy, according to Johnston’s website.

In May 2015, Leonard wrote a piece for Democrat & Chronicle which is addressed to her younger self. She discusses the fact that she interned at a movie studio and always wanted to work on documentary films, but she ended up deciding that this was not the path for her.

“That documentary film company will ask what you’re writing right now,” Leonard writes to her younger self. “And what do you have to show them? Nothing. That’s because in your heart, you know you want to be working with people to make things happen, not writing about other people making things happen.”

After struggling to make ends meet for a while after college, Leonard was offered a job with the American Heart Association.

“Follow your heart and take the one that engages low-income volunteers in improving their neighbors’ health,” she writes to herself. “Please don’t turn it down because you think the Heart Association isn’t ‘exciting.’ This will start you on a creative, fulfilling career with lots of writing, speaking and working across institutions with diverse people for positive change.”

David Cay Johnston has eight children, two with his current wife, Jennifer Leonard, and five from a previous marriage. 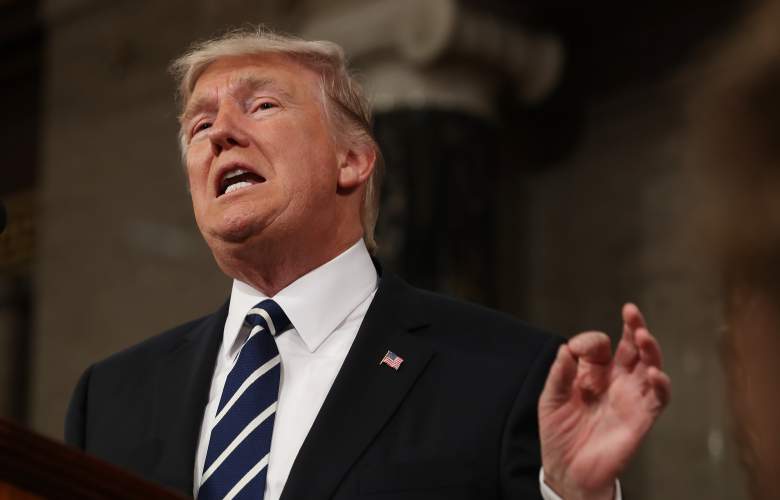