*Emergency* Interstate 85 in Atlanta GA has just collapsed due to fire under bridge. All lanes blocked. Avoid the area. pic.twitter.com/5Pa5yJN9YI

Atlanta police have released the names of all three suspects in the fire which caused a bridge on I-85 to collapse yesterday. WSB-TV initially reported the name of one suspect, Basil Eleby. Shortly after that report, the Atlanta Journal-Constitution published the names of the other two suspects: Sophia Bruner and Barry Thomas, both charged with criminal trespass. (Eleby, who is suspected of actually setting set the fire, faces a more serious charge of criminal damage to property.) Here’s five facts you need to know:

1. All Three Suspects Are Believed to be Homeless

Think I had good timing I-85 #I85 pic.twitter.com/2Y9ZqPxSPb

Jay Florence, deputy commissioner of Georgia’s state Department of Insurance, told the Atlanta Journal-Constitution that the three suspects might have been homeless, though it’s not clear whether they were living at the site where the fire started.

Details regarding how authorities came to suspect those three have not yet been released. However, it is known that the three were charged on Friday afternoon, after authorities questioned them. All three were taken to the Fulton County jail.

Neither Florence nor anyone else has yet said how the fire was started, only that the suspects were believed to have used “available materials” at the site.

On April 1, the day after the arrests, a spokeswoman for the Fulton County Sheriff’s Office said that Eleby’s bond had been set at $200,000.

2. Nobody Died or Was Injured in the Fire

"You can still feel the heat from this fire." @JustinWilfonWSB , @LEORAGLIN on ground near firefighters #i85collapse #i85 #Atlanta @wsbtv pic.twitter.com/H3urY5nLtE

Despite the choking black smoke emanating from the fire strong enough to cause a bridge collapse during the Thursday rush hour, there were no reported casualties, mainly because state troopers stopped traffic and steered cars away from the bridge minutes before it collapsed.

Fox News reports that witnesses said troopers ordered motorists to turn around before reaching the bridge, because police were worried about its structural integrity.

The fire broke out around six p.m., and the bridge collapsed an hour later. Foam trucks from Hartsfield-Jackson Airport helped to extinguish the fire.

As a result of the bridge collapse, Georgia Governor Nathan Deal declared a state of emergency for Fulton County, where Atlanta is located. The Macon Telegraph reports that the governor said that Georgia’s Department of Transportation is working with Georgia Emergency Management, the Department of Public Safety and the Homeland Security Agency to coordinate response efforts.

State government agencies in the Atlanta metro area delayed their Friday-morning openings until 10 a.m., and schools in nearby DeKalb County were closed for the day (though Atlanta schools stayed open).

4. Construction Materials Were Stored Where the Fire Started

Why in the world would some1 be allowed to store containers like this under a major interstate that has flammable material? #I85FIRE #I85 pic.twitter.com/WiO6I8RBZo

The fire broke out beneath the collapsed I-85 bridge, in a spot where PVC pipe and other construction materials were stored. On Friday, Russell McMurray, Georgia Department of Transportation Commissioner, told WSB radio that “the storage area under the bridge was storing normal highway construction materials. The PVC material has been there for some time, probably since 2006 or 7.”

McMurray also said the GDOT started assessing the damage on Thursday before the fire was fully extinguished.

Demolition crews are still working to remove crushed concrete and related debris from the site, so investigators can look for clues regarding how coils of plastic pipe which GDOT called non-combustible could have caught on fire.

5. The Bridge Collapse Will Snarl City Traffic For Months

The nightmare is getting worse for ATL. GDOT says the I85 SB bridge has to be replaced too. Both directions of I-85 are closed INDEFINITELY pic.twitter.com/rQAIO0UMV6

Atlanta traffic is bad even at the best of times; in February, the transportation firm INRIX released a study saying Atlanta was the eighth-worst city for traffic in the world (and fourth-worst in the United States).

Of course, that was before the I-85 bridge collapse made matters vastly worse. The timing is especially bad; the day after the bridge collapse, the Atlanta Braves played their first game in their new home of SunTrust Park, not far from the collapsed overpass. Also, many schools throughout the southeast have their scheduled spring break next week, which usually means uncounted numbers of tourists driving through Atlanta on their way to various vacation spots. 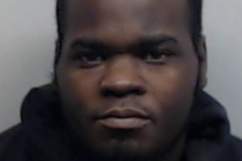