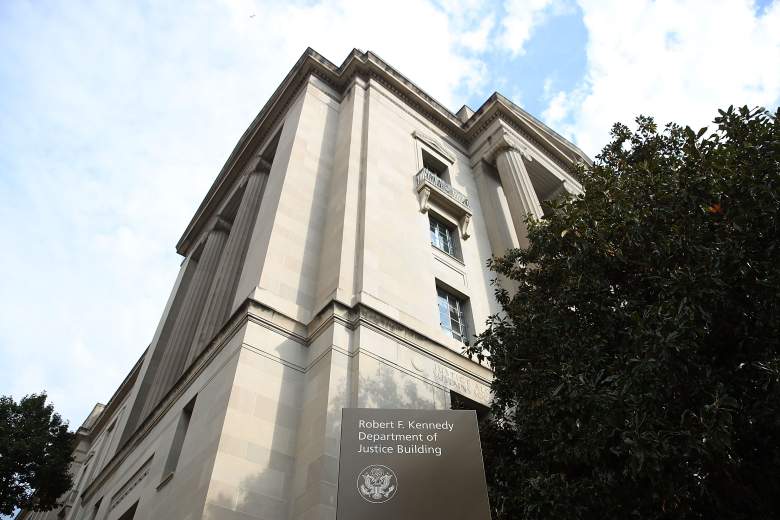 The U.S. Department of Justice building in Washington, DC. (Getty)

In addition to a lengthy history of government service, Dreiband has represented a number of companies in major labor and discrimination cases.

Conservatives have called on Sessions in an open letter to cut out the “ideological rot” in the civil rights division.

1. He Represents Companies in Labor Lawsuits

According to his company bio, Dreiband represents “companies in all aspects of civil rights, employment discrimination, whistleblower, and wage wage and hour investigations, litigation, and counselor.”

He also occasionally appears as a legal commentator. Below is a video of him explaining how the EEOC is cracking down on companies who use criminal background checks on job applicants, part of the “ban the box” campaign.

International civil rights groups are trying to get employers to remove the check box from job applications, asking if applicants have a criminal record.

2. He Worked for the EEOC and Kenneth Starr

#abalel Eric Dreiband & I after we squared off in a panel on EEOC investigations & conciliations. All good! pic.twitter.com/LO7NuDVnP1

Back in 2003, Dreiband was nominated by President George W. Bush and then confirmed as general counsel of the U.S. Equal Employment Opportunity Commission (EEOC). He served for four years.

“I am pleased and proud to be working with Chair Dominguez on her vision for a discrimination-free workplace – an even playing field for every American worker,” said Dreiband, just after his confirmation.

Earlier, from 1997 to 2000, he served in the office of Independent Counsel of Kenneth Starr. During that time, the Federal Deposit Insurance Corporation awarded him a special commendation after he led the investigation and successful prosecution of Webster Hubbell, former associate attorney general of the United States.

3. He Has Handled Many High-Profile Cases

Among the notable cases he has handled in private practice:

Interestingly, when he was the EEOC’s general counsel, he was on the other side of a lawsuit against Abercrombie & Fitch.

Back in 2004, the EEOC joined a private class action discrimination lawsuit against the clothing retailer, which the company ended up settling. Abercrombie & Fitch was ordered to pay $40 million to black, Hispanic and Asian employees and job applicants in the suit, which alleged the company promoted white employees at the expense of minorities.

“The retail industry and other industries need to know that businesses cannot discriminate against individuals under the auspice of a marketing strategy or a particular ‘look.’ Race and sex discrimination in employment are unlawful, and the EEOC will continue to aggressively pursue employers who choose to engage in such practices,” said Dreiband at the time of the settlement.

4. His Law Firm Has More Than a Dozen Lawyers in Trump’s Administration

Partners Terri Chase and Eric Dreiband have been elected Fellows of The College of Labor and Employment Lawyers https://t.co/8jRtKPTA5S pic.twitter.com/gMQoTimKYs

Jones Day is an international law firm that now has 14 lawyers serving in the Trump Administration.

According to the company’s website, the following Jones Day lawyers have been tapped for federal positions:

5. He Is an Ivy League Grad and He Tried Out for the NFL

Dreiband, a native of Indianapolis and Fort Wayne, Ind., graduated in 1986 from Princeton with a degree in history.

While at Princeton, Dreiband played football, and won the college’s Charles W. Caldwell Memorial Trophy, which is given to the senior on the varsity squad who showed the greatest improvements to his game.

In addition, Dreiband, a 6’4″, 275-pounds offensive lineman, was named to the All-Ivy second team.

According to his bio on the company website, after graduating from Princeton, he tried out for a spot on the St. Louis Cardinals. “The first week was the hardest thing I’ve ever encountered in my whole life,” Dreiband said at the time.

He later went to Harvard where in 1989 he earned a masters degree in theological studies, with a concentration in ethics and public policy.

Dreiband then went on to get a law degree from Northwestern in 1992, with honors. He also served as articles editor for the Northwestern University Law Review.