The 161-page manifesto written by Joseph Jakubowski to Donald Trump – the subject of a massive manhunt – contains the ominous passage: “If I must walk to my death… I choose my death to be carried out by the hands of the president! The leader of the people! Not in secret either – on live TV.”

On April 14, numerous media reported that Jakubowski was captured in western Wisconsin.

“We the people should be out for these sick minded people belonging to the system! We need to spill their blood!” he writes in another passage in the massive manifesto. “These selfish & greedy are slowly killing us!”

Pages of the manifesto believed to be Jakubowski’s were obtained and published by WTMJ-TV in Milwaukee. You can read it here at the WTMJ website.

Another surveillance photo of Jakubowski released by the Rock County Sheriff’s Department.

It’s not really directed at one politician, including Trump, but is rather a disjointed screed of general anti-system hatred, in which Jakubowski accuses the system of “killing” his dreams and being the root of all evils – from pollution to taxes. He derides the system for, in his view, preying on the public, whom he calls “cowards” under the government’s control. “A true leader does not want control or power,” he writes in the document, which is punctuated with numerous exclamation points.

There are also anti religion elements in the manifesto. “Government was created to simple (sic) take the people’s eye off the priests and churches,” he wrote.

The Janesville, Wisconsin man is accused of mailing the rambling manifesto to Trump before vanishing and stealing high-end weaponry from a gun store. You can watch the video of him mailing the document below. It was distributed by authorities who are afraid he could be planning some kind of “end game.”

Authorities with the Rock County Sheriff’s Department released the 15-minute video of Jakubowski, a convicted felon who is accused of stealing multiple weapons from a Wisconsin gun store and then torching his car before disappearing.

In the manifesto, Jakubowski, whom police said has extreme anti government and anti authority views, rambles about freedom and life. “Is to disgrace and dishonor all life! For us to tell ourselves to live on a ‘free’ planet that gave ‘us’ free life required the people to pay a ‘price’ value to live happy and just have life… Is a disgrace! A dishonor to life! Life! All life was given ‘free’ from earth,” says one rambling excerpt.

He rants about the system, paying taxes, and says government is a terrorist system.

“We live in a system of terrorists backed by government laws… with threat of violence from the systems terrorist force the people to pay government taxes! Taxes that are theft! Basically strong armed robbery on a mass scale!” He says in the manifesto that he needed guns for his own survival and as a felon he could not buy them.

“This illusion we live in is not free!” says Jakubowski. “This is slavery!”

The anti government views wedded with the fact Jakubowski is allegedly armed and hasn’t been seen since mailing the manifesto to Trump is extremely concerning law enforcement, who are actively looking for him.

Jakubowski has sparked a massive manhunt that has already led to the closing of schools and a church as sheriff’s officials believe he threatened to carry out school shootings and harm public officials before vanishing.

“It was further reported that he had made threats to steal weapons and to use them against public officials or at an unspecified school,” the Rock County Sheriff’s Department wrote in a statement. Increasing concern: Authorities accuse Jakubowski of likely being the person who burglarized the local gun store called Armageddon, arming himself with assault rifles and other guns, before disappearing.

The first few minutes of the 15-minute post office video are black, but you can hear talking. Then, a man police say is Jakubowski appears in the post office. He holds up an envelope with Trump’s name on it for the camera. Another man can be heard interacting with Jakubowski during the video. It’s not clear who he is. Some of the video simply shows buying postage. The most interesting moments come at the end of it.

“Revolution,” the man police say is Jakubowski says toward the end of the video as he walks through the parking lot. “It’s time for change.”

The other person recording the video says, “It’s D Day. Today is the day. So remember this face.” The man identified as Jakubowski by police then says, “Game time. F- the system.”

Authorities accuse Jakubowski of burglarizing the Armageddon Gun Shop on April 4, 2017 right before he disappeared. You can watch a law enforcement news conference here:

“A large quantity of high-end handguns and rifles were stolen and the suspect fled the scene,” the Sheriff’s Department in Rock County, Wisconsin said in a statement.

Before identifying the burglar as allegedly being Jakubowski, the Sheriff’s Department released photos from the heist.

The Rock County, Wisconsin Sheriff wrote on Facebook that Jakubowski should be considered, “armed and dangerous.” According to The Janesville Gazette, authorities say they also “have learned Jakubowski bought a bullet-resistant vest and helmet.”

“We continue to actively seek any tips or information related to Jakubowski. Direct sightings should be immediately reported to “911” and general tips or historical information should be directed to 1-800-CALLFBI (225-5324),” the sheriff said.

The FBI is offering a $20,000 reward for information leading up to his arrest.

ABC News reports that, according to the sheriff, Jakubowski’s anger in the manifesto is directly largely at authority and government in general. 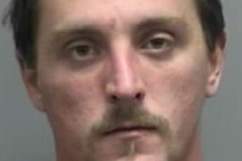