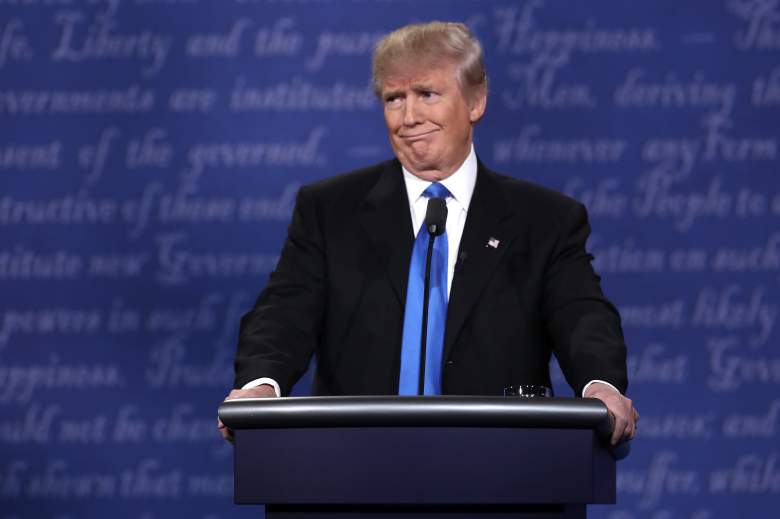 A possibly unexpected casualty of Thursday night’s Tomahawk missile attack on a Syrian airbase is Donald Trump’s support among many of his far-right and alt-right followers, who feel that Trump has let them down and is now turning into a neocon.

Trump ordered the missile strikes in response to the April 4 toxic-gas attack on northern Syria, an attack which survivors said came from warplanes (presumably belonging to Syrian government forces on orders of Bashar al-Assad).

But conspiracy theorists, mainly on the far right, suggested that either the attacks did not happen at all, or that the responsible parties were someone other than Syrian government forces.

David Duke, the former Ku Klux Klan leader whom the Southern Poverty Law Center also describes as an “international spokesman for Holocaust denial,” suggested that the attacks were staged by Jews in hope of goading America into war against Syria:

(((They))) always get what they want – sickening. #AmericaFirst #NoMoreWarsForIsrael pic.twitter.com/LKUnWNR4kZ

A few minutes later, Duke criticized Trump for not ending the “neocon wars”:

We elected @realDonaldTrump to end the neocon wars and return America to sanity. Mr President, what have you done?

Paul Joseph Watson, an editor for Alex Jones’ InfoWars conspiracy website, criticized Trump for being “another deep state/Neo-Con puppet” and announced that he is “OFF the Trump train.”

I guess Trump wasn't "Putin's puppet" after all, he was just another deep state/Neo-Con puppet.

I'm officially OFF the Trump train.

Before the missile strikes, Mike Cernovich, the PizzaGate conspiracist whom the Daily Beast described as an “alt-right ringleader,” tweeted about a supposed #SyriaHoax to start World War Three.

Fake News is trying to start WW3 with the #SyriaHoax https://t.co/7vZeE6wRRr

Cernovich later warned that “Trumps’s base of support is gone if he goes to war with Syria.”

Trump's base of support is gone if he goes to war with Syria, the same people who betrayed before election will betray him again.

Richard B. Spencer, the white nationalist who is co-editor of AltRight.com and head of the National Policy Institute (which describes itself as “an independent organization dedicated to the heritage, identity, and future of  people of European descent in the United States, and around the world”), criticized what he called Trump’s “total betrayal.”

Did Trump promise another war in the Middle East when he announced his candidacy? At the RNC? Inauguration address?

Spencer later tweeted a hashtagged call to “Stand With Assad.”

That said, the alt-right disapproval of the Syrian missile attacks should not be taken to mean that alt-righters, or right-wingers in general, are the only people who oppose Trump’s actions. When news of the attack was barely an hour old, Rep. Barbara Lee (D-California) took to Twitter to call the missile strikes “an act of war.”

This is an act of war. Congress needs to come back into session & hold a debate. Anything less is an abdication of our responsibility. https://t.co/GvHML3ByeI

These two damaged creeps are committing mass murder and they shouldn't even be allowed to own fish as pets. pic.twitter.com/BZFGCNxXNh 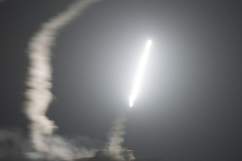 Read More
Breaking News, Politics
Follow Heavy ↓
Left-wing Trump opponents weren't the only ones dismayed by Thursday night's Tomahawk missile strike on Syria – many of Trump's alt-right followers were too.