Clinical psychologist and media personality Wendy Walsh, 50, is the latest in a series of women to accuse Fox News’ most famous face, Bill O’Reilly, of sexual harassment and retaliation.

Walsh told The New York Times that O’Reilly reneged on “a verbal offer to secure her a lucrative position at the network” after she rejected his proposition to join him in his hotel room following dinner at Los Angeles’ Hotel Bel-Air in 2013.

Walsh had been a regular guest on ratings stalwart The O’Reilly Factor and told The Times that during the dinner, O’Reilly told her “he was friends with (former Fox News Chairman Roger) Ailes, and promised to make her a network contributor,” but that after she declined the offer to accompany O’Reilly to his hotel room, he became “hostile” and sniped that “she could forget any career advice he had given her and that she was on her own. He also told her that her black leather purse was ugly.” 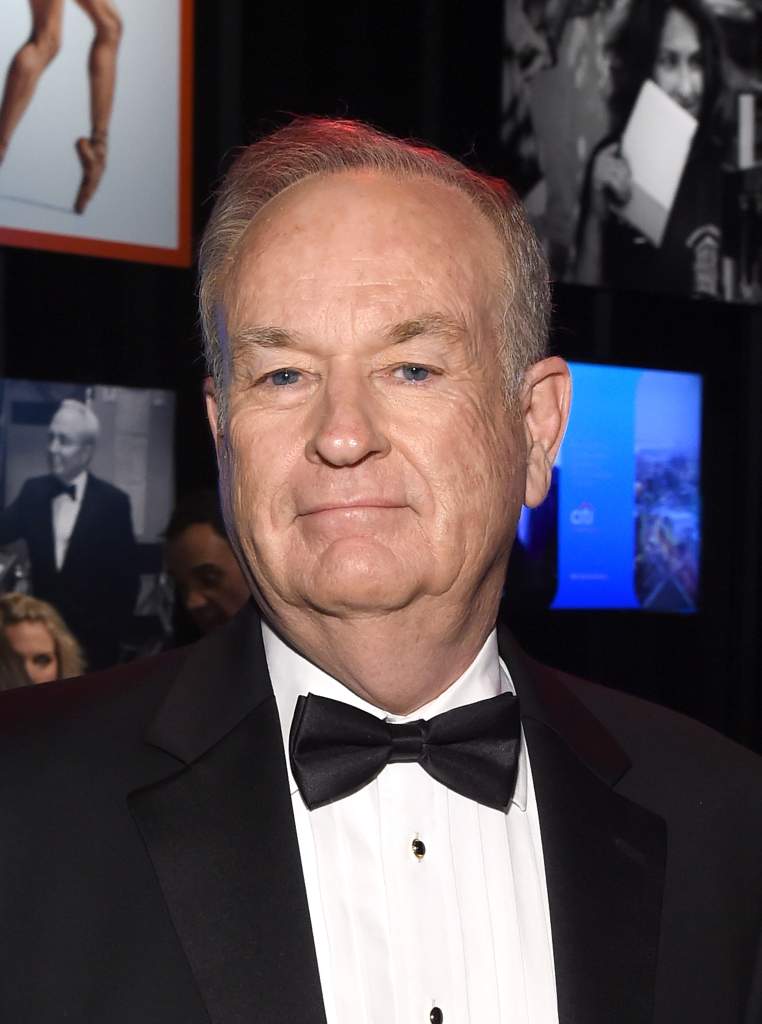 Walsh has not sought legal action against O’Reilly or Fox News. She has posted a video on her website speaking about the “epidemic” of sexual harassment in America in which she encourages women to speak out.

Some $13 million in settlements has been paid to five women by either O’Reilly or his network’s parent company, 21st Century Fox, according to The Times.

1. She Began Her Career as a Model

Immediately after graduating high school in her native Canada, Walsh moved to Paris for about a year, working as a model on both the runway and in print, she told Heavy.com.

“It was the 1980s,” she said. “I hated it. I didn’t have a voice and I had a brain that was shushed and shushed. It was a terrible, terrible industry for young girls.”

The experience impacted Walsh’s decision to go into journalism “because I wanted a voice.”

She returned to Canada and enrolled at Carleton University in Ottawa, spent time at the University of Massachusetts at Amherst as an exchange student and completed her studies at Toronto’s Ryerson University, earning a Bachelor of Arts in journalism.

She later returned to school and received a Ph.D. in clinical psychology in 2006 from the California Graduate Institute, now known as the Chicago School of Professional Psychology.

In addition to appearances on The O’Reilly Factor, Walsh has been a commentator on CNN and HLN and was a co-host of The Doctors, for which she received an Emmy nomination.

2. She Gave Birth on Camera

TLC Season One – A Baby Story

Walsh and her former boyfriend were featured in a 1999 episode of TLC’s A Baby Story, which follows couples from the early stages of pregnancy to the delivery room.

“I gave birth to my first baby on camera in 1998,” said Walsh. “I was in a pregnancy aerobics class and they came in with fliers and I thought what a beautiful documentation for my daughter to have. It was in 1998 and back then I think it was television cool to have an interracial relationship.”

Walsh’s now ex-boyfriend is an African-American architect based in Los Angeles.

“I think they aired that episode more often than other episodes, maybe because of the uniqueness at the time,” Walsh said.

The episode aired so often that Walsh said viewers regularly recognized her in public years after her daughter was born.

Walsh’s first-born, Carrington Walsh, who uses her mother’s surname, is the child featured in A Baby Story. Now 18, Carrington is a freshman at Harvard.

Second daughter, Jones McDowell (the girls’ father’s last name), is 13 and “is not neurotypical,” according to her mother.

“She has a lot of learning disabilities and is mildly on the autism spectrum,” Walsh said. “She is a joy to raise and I love her so much. She’s a great athlete and so funny.”

Jones is a competitive cheerleader whose team just won the national championship in Dallas, according to Walsh, who thrice weekly makes the 90-minute drive, each way, from their home in Venice Beach, Calif. to her daughter’s cheer facility in Ventura, Calif.

“It’s the one thing she loves and has mastery of and I have to feed that,” said Walsh.

In 2005, when Jones was a toddler, Walsh and the girls’ father split and Walsh and the children moved to Florence, Italy for six months where Walsh worked on her doctoral dissertation.

Though Walsh’s family hails from Prince Edward Island, they moved often for her father’s career in the Royal Canadian Navy.

“He was an officer and mostly in the North Atlantic during the Cold War years,” she said. “We moved throughout Canada and for a time lived in Norfolk, Virginia.”

Walsh said she adores her native country but told Heavy that she always dreamed of living in California.

“I love both my countries very much,” she said. “It’s like having two children. You love them equally. I suffered from Seasonal Affective Disorder and the dark winters (in Canada) caused depression in me. When I moved to California I thought, ‘it feels so good to have this light.’”

Her extended family has a large farm on Prince Edward Island and she and one of her brothers have a cottage there. Walsh’s parents died in the same year, when she was 30 and working her first stint as a professional journalist with UPN 13 in Los Angeles, she said.

“My mom died first of breast cancer and my dad died of lung cancer,” Walsh recalled. “At the time, I was anchoring UPN news and I’d literally go off the air and get on a red eye, go home for the weekend and take care of my parents with my brother.”

5. She Has a Famous Attorney Who Called O’Reilly the ‘Bill Cosby of Corporate America’

Walsh’s lawyer, Lisa Bloom, is the only child of outspoken women’s rights lawyer and activist Gloria Allred, 75, who for decades has represented victims in some of the country’s most high-profile cases, including dozens of women accusing Bill Cosby of sexual assault and misconduct as well as three women who accused President Donald Trump of sexual misconduct.

The 55-year-old Bloom, a Yale Law School grad, has been making the TV rounds railing against O’Reilly and garnering support for Walsh and O’Reilly’s other accusers. During an appearance on CNN’s Reliable Sources Sunday morning, Bloom characterized O’Reilly as the “Bill Cosby of corporate America” and pushed for “an independent investigation of sexual harassment at Fox News.”

Walsh gave props to Bloom in a Twitter post on Sunday, writing “I can’t tell you how good it feels to have such a brainy and ballsy protector. I literally have a tear in my eye. T U Lisa.”

I can't tell you how good it feels to have such a brainy and ballsy protector. I literally have a tear in my eye. T U Lisa. https://t.co/6rvebKcDlL

Bloom tweeted Saturday that all her clients “who stand up to powerful predators are terrified. Kudos to my brave friend @DrWendyWalsh. #withWendy.”

On Sunday, Bloom asked her Twitter followers to show support for Walsh with the hashtag #withWendy.

Loading more stories
wpDiscuz
40
0
Would love your thoughts, please comment.x
()
x
| Reply
Psychologist and former O'Reilly Factor regular Wendy Walsh says Bill O'Reilly broke a promise to get her a job after she refused to accompany him to his hotel room.