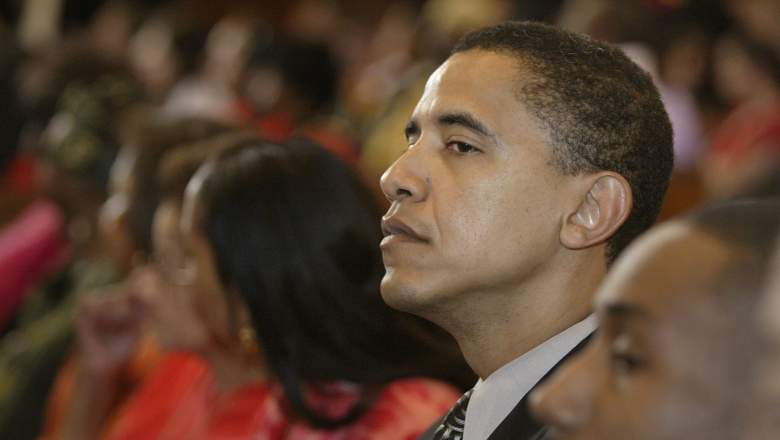 Alexandra “Alex” McNear was President Barack Obama‘s first serious girlfriend during his college years, long before he met future First Lady Michelle Obama. His relationship with McNear was over 30 years ago, but it’s back in the spotlight thanks to David J. Garrow’s new book Rising Star: The Making of Barack Obama.

This isn’t the first time we’ve heard about Obama’s relationship with McNear, who he met while attending Occidental College in the early 1980s. Back in 2012, the 56-year-old McNear’s relationship appeared in David Maraniss’ Barack Obama: The Story.

On October 19, 2017, nine letters that Obama sent McNear back when they were dating were released by Emory University, which you can read about below.

1. Obama Met McNear at Occidental College & Reconnected With Her After Transferring to Columbia 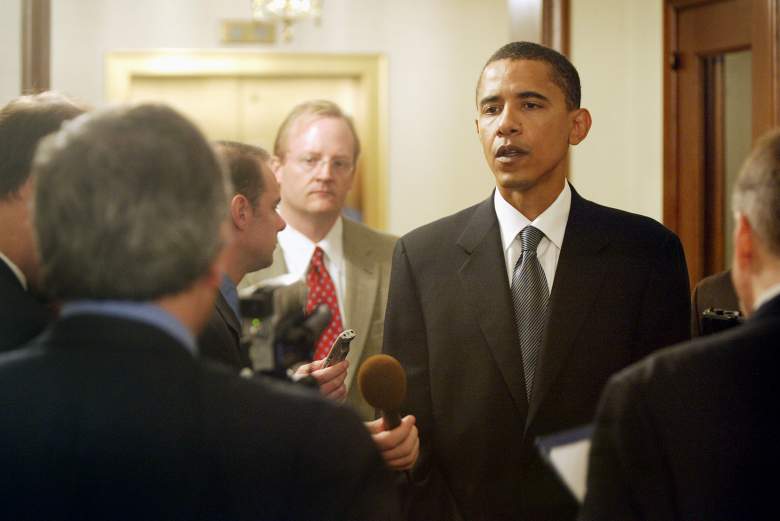 Obama spent two years at Occidental College in Los Angeles and that’s where he first met McNear. In 1981, Obama transferred to Columbia University in New York. In the summer of 1982, McNear and Obama reconnected and began a relationship, Maraniss wrote.

According to an excerpt from Maraniss’ book published in Vanity Fair, McNear said she thought Obama was “interesting in a very particular way. He really worked his way through an idea or question, turned it over, looked at it from all sides, and then he came to a precise and elegant conclusion.”

She called Obama when she arrived in New York and they had dinner at an Italian restaurant on Lexington Avenue. She told Maraniss:

“We sat and talked and ate and drank wine. Or at least I drank wine. I think he drank something stronger. It was one of those dark, old Italian restaurants that don’t exist in New York anymore. It was the kind of place where they leave you alone. I remember thinking how happy I felt just talking to him, that I could talk to him for hours. We walked slowly back to my apartment, on 90th, and said good-bye. After that we started spending much more time together.”

When McNear went back to Occidental, the two tried a long-distance relationship. During that time, Obama and McNear often corresponded by writing letters to one another.  In October 2017, Emory University released nine of those letters that Obama wrote to McNear. In those letters, Obama discussed his feels about McNear and he wrote about things that were weighing on his mind.

“I trust you know that I miss you, that my concern for you is as wide as the air, my confidence in you as deep as the sea, my love rich and plentiful. Love, Barack,” the former president wrote in one letter.

“I think of you often, though I stay confused about my feelings. It seems we will ever want what we cannot have; that’s what binds us; that’s what keeps us apart,” reads another. “I am not so naïve as to believe that a distinct line exists between romantic love and the more quotidian, but perhaps finer bonds of friendship,” he writes, “but I can feel the progression from one to the other (in my mind),” he adds.

In the last letter released by Emory University, Obama wrote about becoming a “participant,” in regard to “political reading/spectating.”

“My ideas aren’t as crystallized as they were while in school, but they have an immediacy and weight that may be more useful if and when I’m less observer and more participant,” he wrote.

The nine letters have been archived in Emory’s Rose Library.

Obama and McNear’s long-distance relationship didn’t last very long. In 1983, Obama met Genevieve Cook in New York and she became his next girlfriend.

In Garrow’s book, McNear wondered if the expressions of his views in his letters were “as close as he could get to intimacy.” Obama “seemed to be incapable of bringing a relationship into the rest of his world,” she told Garrow.

Suzanne is also a writer. According to an East Hampton Star 2015 profile, she was working on a collection of short plays, “each one with no more than two characters… humorous plays about catastrophes.”

She is originally from Racine, Wisconsin and now lives in Sag Harbor, on New York’s Long Island. After working at Playboy, she worked with Paul Theroux and the late South African novelist Nadine Gordimer. Nelson Algren, the writer of The Man With The Golden Arm, introduced her to Sag Harbor.

“He was a close friend, and a father figure to my girls,” Suzanne McNear told the Star in 2015.

After her home was damaged in Hurricane Sandy, she moved to a small cottage in Sag Harbor. The previous owners installed a Jacuzzi, but Suzanne McNear had no need for that. She had it removed and put inn more bookshelves.

In 2012, The Daily Mail reported that McNear’s first husband was Bob Bozic, a former Serbian boxer whom she married in 1987.

As a boxer, Bozic was famous for his 1973 defeat at the hands of Larry Holmes at Madison Square Garden. Bozic is the father of McNear’s daughter, Vesna, and the two are still close. Today, Bozic is best known in New York as a famous bartender for Fanelli Cafe in SoHo.

In fact, the 65-year-old Bozic and McNear are on such good terms that she spoke glowingly about him in a 2016 New York Times profile, when Bozic flew back to Belgrade to take back the home his family lost to Communists in 1946. Their daughter Vesna is named after Bozic’s sister, who died in childhood from appendicitis.

“All the early misfortunes of Bob’s life stem from his childhood and the house in Belgrade,” McNear told the Times. “Going back to claim the house is a way for him to close his personal narrative.”

Bozic was also arrested for an attempted bank robbery in 1980. Although he admitted to trying to rob $60,0000, he was given a lenient sentence for cooperating with police and avoided jail time.

Today, McNear is married to Dr. Robert Stein, a child psychotherapist in Sag Harbor. Stein studied at Oxford University and is currently a Sag Harbor Trustee.

In 2015, Stein unsuccessfully ran to become Sag Harbor Mayor. He told 27East that, as mayor, he wanted to revise zoning codes and halt the speedy redevelopment of Sag Harbor. He supported a three-month moratorium on new construction.

Stein lost to Sandra Schroeder, but he is now Sag Harbor Deputy Mayor. In April 2017, Patch reported that Stein and Schroeder were helping an effort to rebuild Sag Harbor Cinema after it was damaged in a fire.

5. She Worked for GreenLogic & Is a Freelance Editor

According to her LinkedIn page, McNear is currently working as a freelance editor and consultant for fiction, nonfiction and memoirs. She previously reported for the Southampton Press and The East Hampton Star. You can find an example of her Southampton Press reporting here.

McNear did graduate from Occidental College, earning a B.A. in English Language and Literature in 1984. She worked on the school’s literary magazine Feast.

According to the Star’s profile of Suzanne McNear, her mother describes McNear as the “practical one.” Her sister, Mary McNear, is an author herself.

The Daily Mail reported that McNear is a registered Democrat and she voted for Obama in 2008. 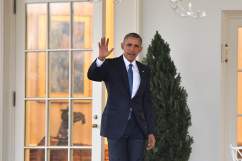 Barack Obama After the Presidency: 5 Fast Facts You Need to Know