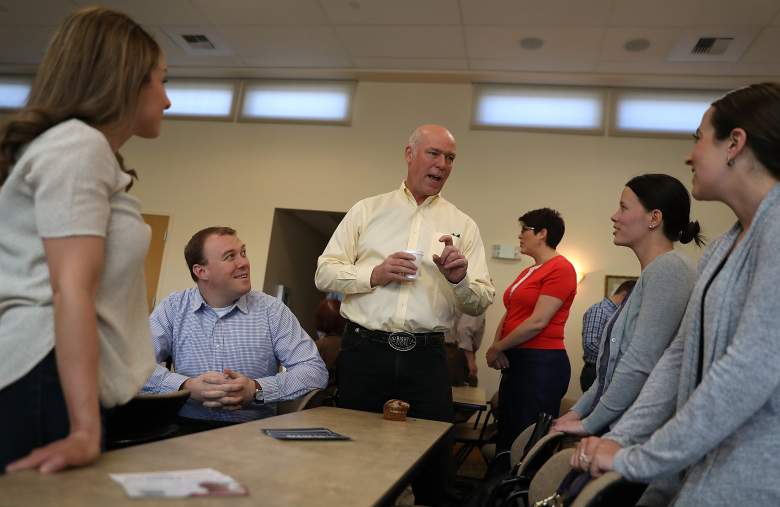 It was happier times for Republican Greg Gianforte when he took the stage late in the evening May 25 to celebrate his victory.

Gianforte stood on the stage at his victory party and thanked his supporters for electing him into the U.S. House of Representatives, but also extended an apology to Guardian reporter Ben Jacobs, whom he allegedly assaulted one day before.

The newly-elected Gianforte came out to chants of “Greg” over and over by his supporters in the crowd. He used part of the time to apologize to Jacobs for acting in the way that he did.

The newly-elected representative was charged with misdemeanor assault in the incident.

“Hard work is born out of hard lessons,” Gianforte said. “Last night I learned a lesson. I need to share something from my heart … When you make a mistake, you have to own up to it, that’s the Montana way. Last night I made a mistake and I took an action that I can’t take back and I’m not proud of what happened. I should not have responded in the way that I did. I should not have treated that reporter that way. And for that, I’m sorry Mr. Ben Jacobs.”

Gianforte also apologized to the Fox News crew that was present in the room for witnessing his actions.

“That’s not the person that I am, and it’s not way I will lead in this state,” Gianforte said. “Rest assured, our work is just beignning, but it starts with me taking responsibility for my own actions.”

“And you’re forgiven,” a supporter screamed.

Watch a video of Gianforte’s apology to Jacobs below:

And watch the video below to see Gianforte’s full victory speech:

Gianforte is a businessman who had a failed fun at governor in the state last year. He defeated Democrat Rob Quist by a small margin in the race.

The conclusion of the campaign marked the end of a tumultuous last few months, which saw millions of dollars being poured into ad funding by outside groups. 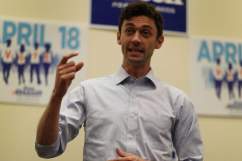