Julie Clarke has appeared at Clarke’s side during some public events but, in general, she’s occupied a low profile in Milwaukee while her husband has created an increasingly controversial and national persona in the public eye.

Sheriff Clarke previously announced that he was named to an assistant secretary position in the Department of Homeland Security, a position that never ended up panning out. He has been an unabashed supporter of President Donald Trump. Clarke resigned as Milwaukee County Sheriff on August 31 without citing a reason.

1. Julie Clarke Sometimes Appears at Her Husband’s Side at Public Events 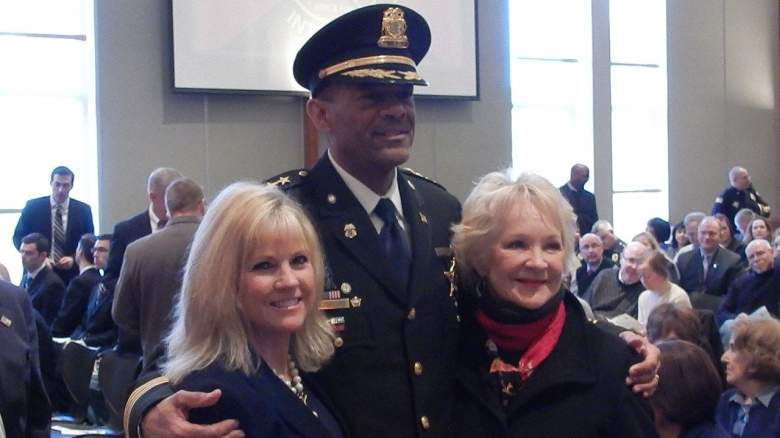 In the above photo, Julie Clarke appeared with her husband, Sheriff David Clarke, at a law enforcement memorial ceremony.

Julie Clarke grew up in Wisconsin. She says on her LinkedIn page that she graduated from Ashwaubenon High School and has a degree from the University of Wisconsin-Milwaukee and Gateway Tech.

Before he was Milwaukee County Sheriff – a position he was first elected to in 2002 – Clarke served on the Milwaukee Police Department. He joined that force in 1978, and served 24 years with that department. According to his official biography, he served 11 years as a patrol officer and “received meritorious citations for felony arrests.” He became a detective in 1989, and was assigned to the homicide division, “where he was part of a team that investigated more than 400 homicides in a four-year period.”

2. Julie Clarke Works as a Realtor in Milwaukee 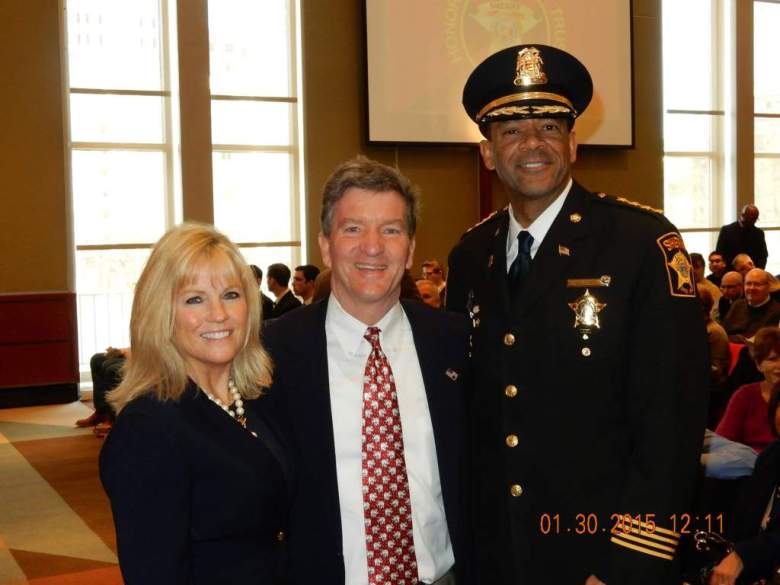 Julie Clarke has been a realtor for years in Milwaukee, and she’s in positions of leadership in the industry locally.

According to her LinkedIn page, the former Julie Campshure is “Your Milwaukee Area Real Estate Expert and Home Ownership Consultant.”

The page says that Julie Clarke has worked for 20 years as a realtor for Realty Executives Integrity, a real estate firm in suburban Milwaukee County. Her page pitches her as “Home Ownership Expert Working with Suburban and Urban Professionals in the Greater Milwaukee Area with Selling and Buying Houses and Assisting Them in Making These Houses Their Homes, as well as Consulting with Them Throughout Their Home Ownership with Maintenance and Home Ownership Recommendations and Referrals in Regards to Maximizing Their Home’s Quality, Comfort and Ultimate Appreciation!” 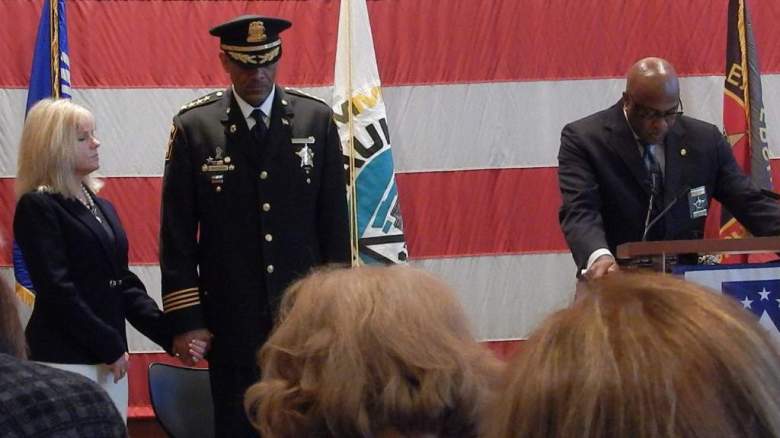 Sheriff Clarke and his wife don’t have children.

Julie’s LinkedIn page says she is the past chair of the Greater Milwaukee Association of Realtors, a position she held from 2009 through 2011. She was also a past treasurer of the organization.

4. Sheriff Clarke Was Raised in Milwaukee & His Father Was a Korean War Vet 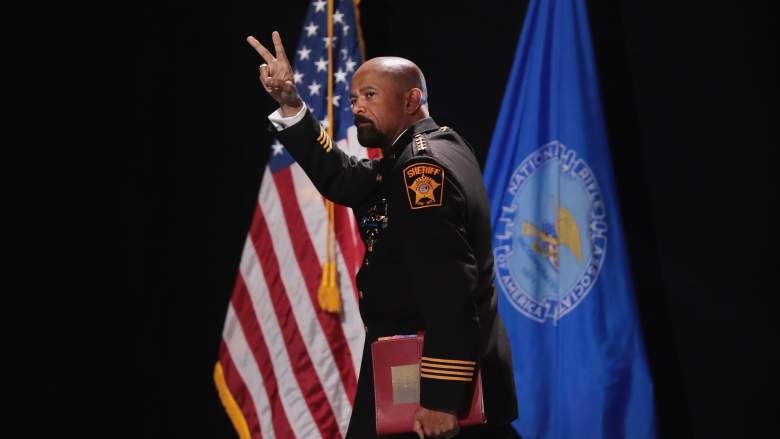 Sheriff Clarke was born and raised in the City of Milwaukee, and he was a member of the Marquette University High School basketball team, which won a state private school championship in 1973 (Marquette is a Catholic High School.)

He and his wife, Julie Clarke, built a home in the city. A 2013 story on the house in Urban Milwaukee says that the Clarkes built there because, when he was a Milwaukee police officer, he was required to live in the City of Milwaukee. “The Clarkes found a lot on the edge of the city on a dead-end segment of W. Calumet Road, out in the freeway-ringed five-digit address district, where they paid $27,500 for a 30,495 square foot lot in a remote, desolate, and yet-unimproved corner of the city,” the article says, adding that the house was then worth $269,000.

A lengthy profile on Clarke in Milwaukee Magazine said his father was an Army combat veteran during the Korean War who raised five children in Milwaukee while working in the post office. Clarke, who was born in 1956, was raised to follow orders, his father told the magazine.

Milwaukee Magazine described Clarke as “Six-foot-four in black cowboy boots and GQ handsome.” Added the magazine, “Raised in a white neighborhood, educated in a white high school and married to a white woman, Clarke has also faced claims that he is ‘not black enough.’”

5. Clarke Revealed He’s Been Named to the Homeland Security Department but Never Ended Up in the Job & Has Now Stepped Down as Sheriff

Clarke was by the Donald Trump administration to an assistant secretary job in the Homeland Security Department, according to numerous published reports that broke on May 17. However, they didn’t end up being accurate.

BREAKING: @SheriffClarke announces he will "accept an appointment as an assistant secretary in the Department of Homeland Security."

The Hill reports that Clarke will serve as “a deputy secretary of Homeland Security.”

Vikki McKenna, who is a conservative talk radio host in Milwaukee, wrote on Twitter that Clarke confirmed the news on her show on May 17. She wrote, “Confirmed in an exclusive interview on my show, @SheriffClarke will leave his position as Milwaukee County Sheriff for a position at DHS.”

Confirmed in an exclusive interview on my show, @SheriffClarke will leave his position as Milwaukee County Sheriff for a position at DHS.

In the end, for reasons that are not clear, Clarke did not assume that position. On August 31, the sheriff suddenly announced that he was quitting as Milwaukee County Sheriff (not long after Trump touted his book on Twitter), without explaining why.

Clarke, who ran for sheriff as a Democrat but has many conservative positions, is well-known for his controversial comments and, back home, was facing questions about a death in the Milwaukee County Jail. The sheriff is known around Milwaukee and on conservative television programs for his often-present cowboy hat (and horse). 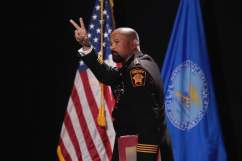 You can read more about Clarke and his past positions here: