Two engaged doctors were found with their throats slit in their $1.9 million South Boston condo.

A former security guard convicted in connection with bank robberies, Bampumim Teixeira, is accused in the double murder of Lina Bolanos, 38, and Richard Field, 49, and police say the suspect ripped up photos throughout the condo, leaving a bloody and grisly scene behind him.

Prosecutors indicated robbery may be the motive, according to WBZ. However, the prosecutor did not specifically say that in the suspect’s arraignment on May 8, although he did allege that the suspect was encountered in dark clothes and gloves and that police found a bag of jewelry, presumably Bolanos’, on the condo floor.

The homicides in South Boston resulted in police shooting Teixeira at the door of the apartment, authorities say. The suspect is expected to survive. He knew the victims, police said, but the District Attorney walked back the comments that the suspect and victims likely knew each other, saying there was no evidence of that. He also said that Teixeira did not fire a weapon at police.

The suspect is an immigrant who was born in Guinea-Bissau in West Africa and who was homeless for a time, reports The Boston Globe. Teixeira was a lawful permanent resident of the U.S., according to the DA’s spokesman.

Shawn Neudauer, Public Affairs Officer for ICE, told Heavy in response to a series of questions about Teixeira’s immigration status: “ICE has no legal interest in this individual, though we will continue to monitor the matter in case his criminal charges change his legal disposition.” 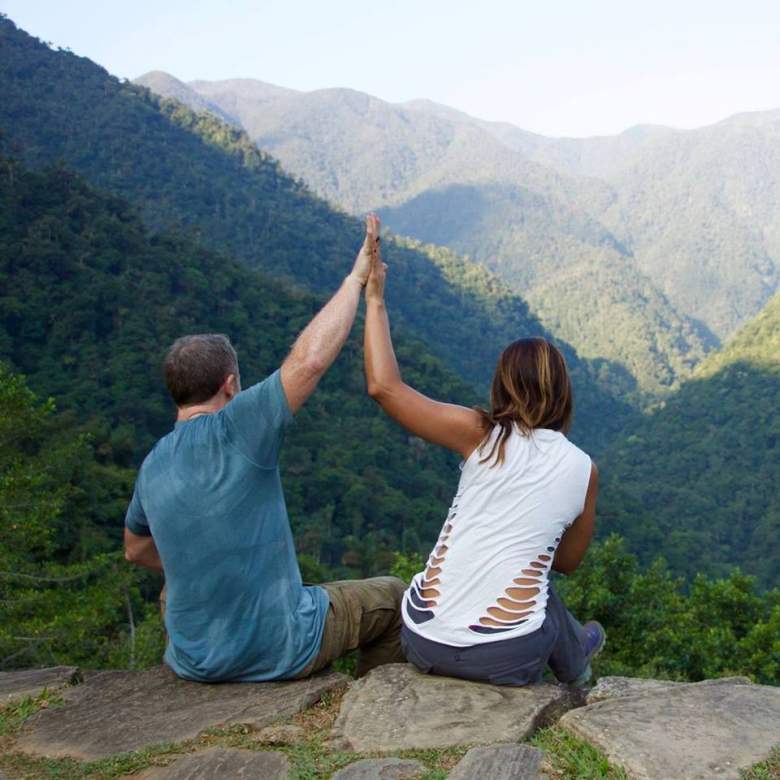 The suspect, still recovering from wounds after being shot by police, was arraigned in his hospital bed on May 8 and held without bail in a bizarre hearing in which he kept his eyes closed:

South Boston Murders Suspect Arraigned From Hospital BedBampumim Teixeira, 30, of Chelsea, faced a judge in his room at Tufts Medical Center on multiple charges, including two counts of murder.2017-05-08T18:13:32.000Z

On their Facebook pages, Bolanos and Field presented themselves as a loving and adventurous couple who traveled the world together.

1. Field Sent a Frantic Text Message but He & Bolanos Were Found With Their Throats Cut

Dr. Field made a last-ditch, frantic effort to get help.

According to the Boston Globe, Field “managed to send a last text message from his luxury apartment in South Boston on Friday night: a plea to a friend for help.”

However, when police arrived at the couple’s 11th floor condo, they discovered them dead with their throats slit, the Globe reported.

At 8:38 p.m. on May 5, police received a call from the front desk of the penthouse describing a call they received from a friend of Field’s, the prosecutor, Suffolk Chief Trial Counsel John Pappas, said in court. According to the prosecutor, the friend said Field had sent a text message that was a “plea for help” shortly after 8 p.m. on May 5, requesting that police be notified because there was a gunman in the apartment, and it was a “serious situation.” There was a second 911 call to operations of the Boston Police Department that came from the same friend of both victims, imparting the same information.

Police were dispatched and went upstairs to the condo on the 11th floor, and “observed a set of keys on the floor in front of the apartment door,” the prosecutor said.

The police commissioner said, according to WCVB, “(For) someone to come here, go up to the 11th floor, to the penthouse, we got to believe that somehow there was some type of knowledge of each other.” The television station added that the floor, the 11th, could only be accessed with a key.

But the DA later said there is no evidence the suspect and victims knew each other.

UK Daily Mail reports that the suspect had worked for a company that serviced the apartment complex previously: “Legal documents from a previous arrest reveal that he worked for Palladion Services LLC, a security company which stopped servicing the couple’s apartment building in February.” 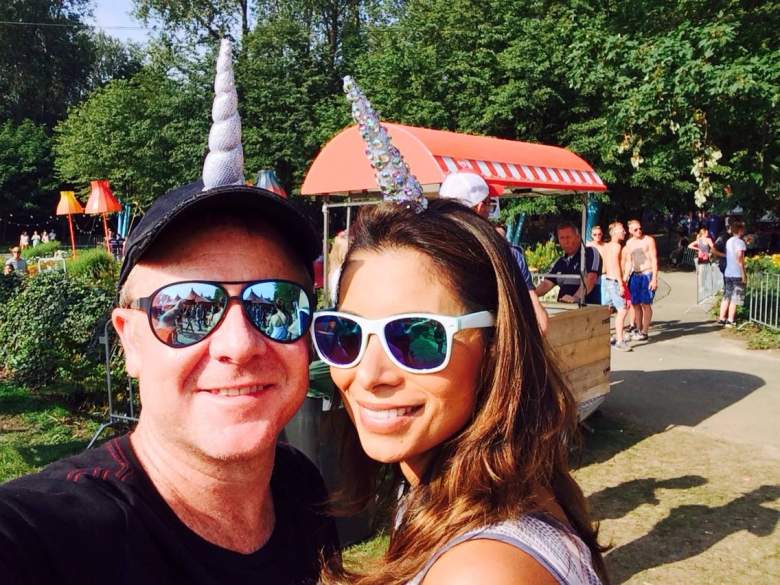 Police have not yet formally specified a motive. According to Universal Hub, Field owned the condo where the couple was found, and they were engaged.

Teixeira was arraigned in Boston on May 8 from his hospital bed at 1 p.m. He was formally charged in the murders, reports The Boston Herald.

On May 8, at his arraignment, “not-guilty pleas to two counts of murder were entered for Teixeira, of Chelsea, who kept his eyes closed throughout his arraignment,” which took place in the hospital room, according to The Washington Post and Associated Press. The judge ordered Teixeira held without bail.

Police reports in the case are impounded, according to the DA’s office, meaning more details of the offense might not come out for some time.

2. The Couple Was Bound & Photos Were Cut Up 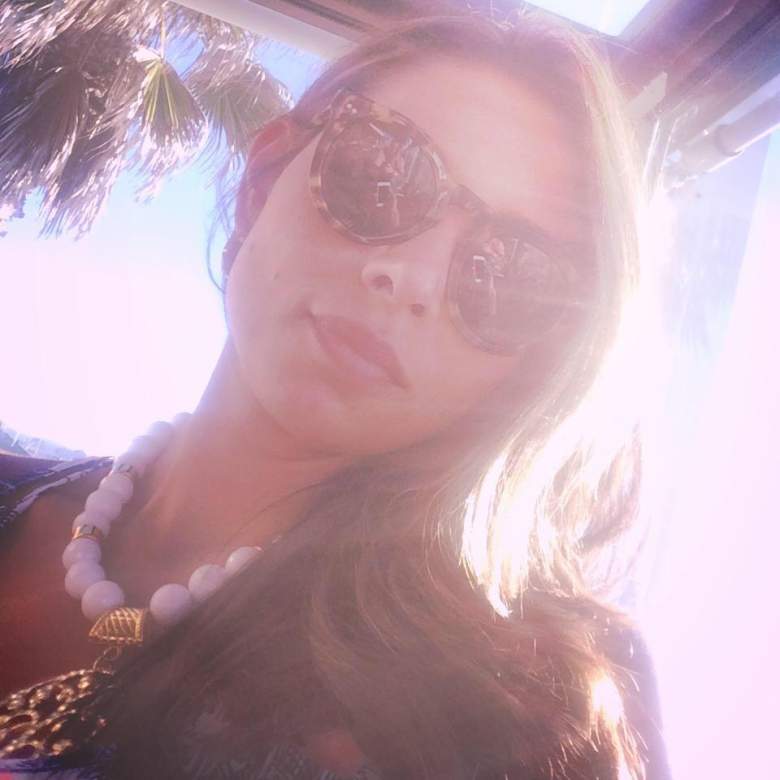 The killer didn’t stop there. The scene was a particularly bloody and horrific one.

A double murder in South boston inside a luxury condo complex. The suspect arrested but man&woman dead #wbz pic.twitter.com/DritPaEras

He also left “a message of retribution” on the wall, although it wasn’t clear what it said, and there was blood on the condo’s walls, according to the newspaper.

The Boston Globe reports that “Bolaños had invited a surgeon for dinner on Friday night but canceled because Field was not feeling well.” The newspaper reported that friends and family of the victims said they did not know of any connection between them and Teixeira.

3. Bolanos Was an Anesthesiologist Described as Being ‘in the Prime of Both Her Career & Life’ 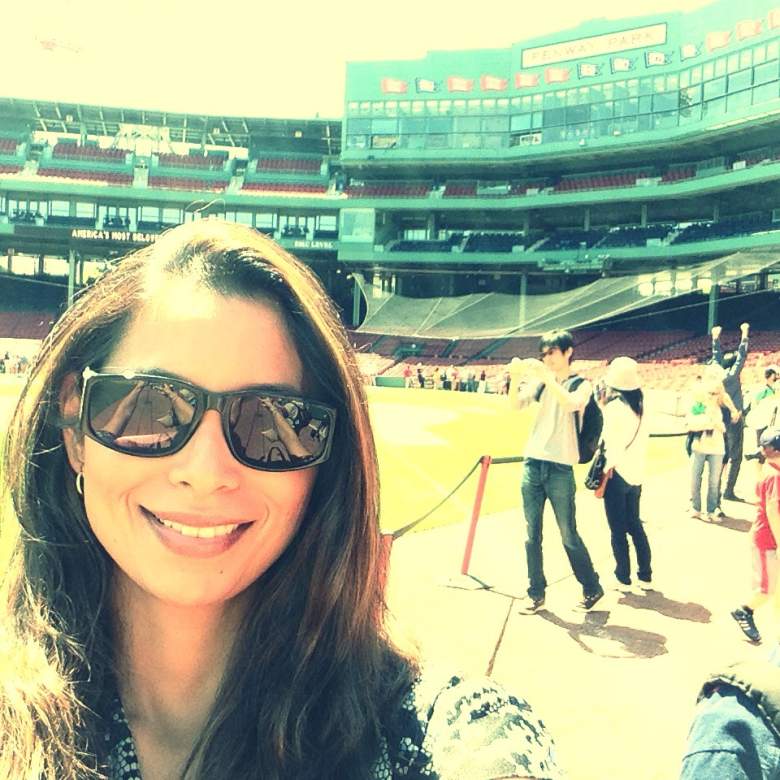 Bolanos worked for Massachusetts Eye and Ear. She was born in Colombia, and her Facebook page showcases a vibrant woman with a love of travel and family. At work, she was known for compassion and warmth and singing to young patients to calm them down before anesthetic procedures, reports The Boston Globe.

The organization released a statement, describing Bolanos as “an outstanding pediatric anesthesiologist and a wonderful colleague in the prime of both her career and life. We will do all we can to support their families and our staff members who are processing this senseless tragedy and grieving an enormous loss.”

Statement from @MassEyeAndEar on the murder of Dr. Lina Bolanos. @boston25 pic.twitter.com/iRcXV5jwwV

The Chief Medical Officer and Chief of Anesthesia at Massachusetts Eye and Ear, Sunil Eappen released a statement describing Lina as “combining excellent skill with great compassion. The statement says:

I was privileged to know and work with Lina over the course of the last decade or so. We first met when she was a young researcher. It was a privilege to be one of her mentors. We have worked together since 2011, except for a short break when she moved to Texas for a few months. In that time, I watched her mature and blossom from a young medical school graduate to a fabulous experienced pediatric anesthesiologist.

Lina personified the ideal traits of a pediatric anesthesiologist, combining excellent skill with great compassion. She was warm and caring with both parents and the children she treated, creating a sense of calm even while managing the most stressful of cases. And she was the type of colleague that people were drawn to, with close personal friendships spanning the entire Mass. Eye and Ear community — people she worked with every day — from surgeons to nurses and administrative staff.

Everyone at Mass. Eye and Ear really loved her. It is desperately hard for all of us to fathom that our friend who never failed to brighten our days is no longer with us.

A friend wrote on Facebook: “To an amazing friend and colleague, I am so blessed to be able to say that. You will always be such a beautiful person. You have touched so many lives more than you probably would know. I wear my gorgeous necklace so proudly…and know it’s you with me Lina Bolanos! xoxoxo.”

4. Field Was Known for His ‘Tireless Devotion’ to His Patients 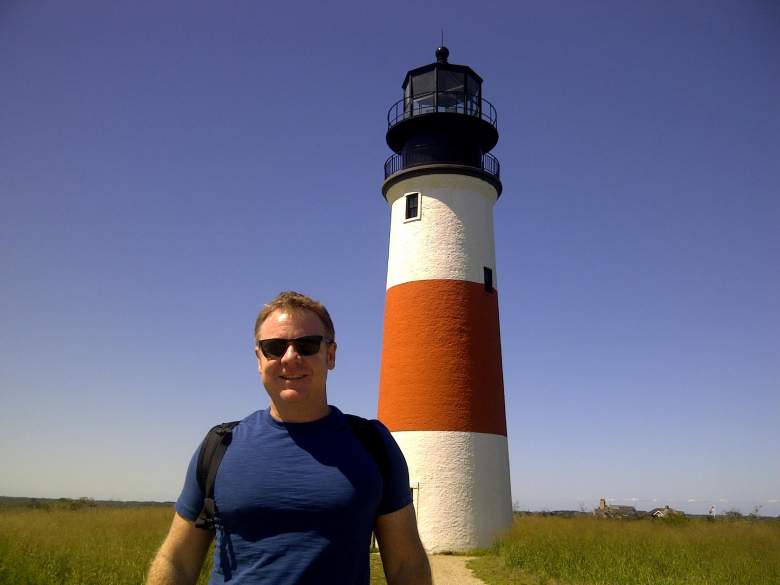 Field’s Facebook page says he was a former anesthesiologist at Brigham and Women’s Hospital, who was from London. He had posted many photos of himself with Bolanos. His page and hers show the couple frequently went on adventurous travels together.

Field’s employer, North Shore Pain Management, also released a statement praising his work. He graduated from the University of Sheffield Medical School, according to his physician profile with the Commonwealth of Massachusetts. 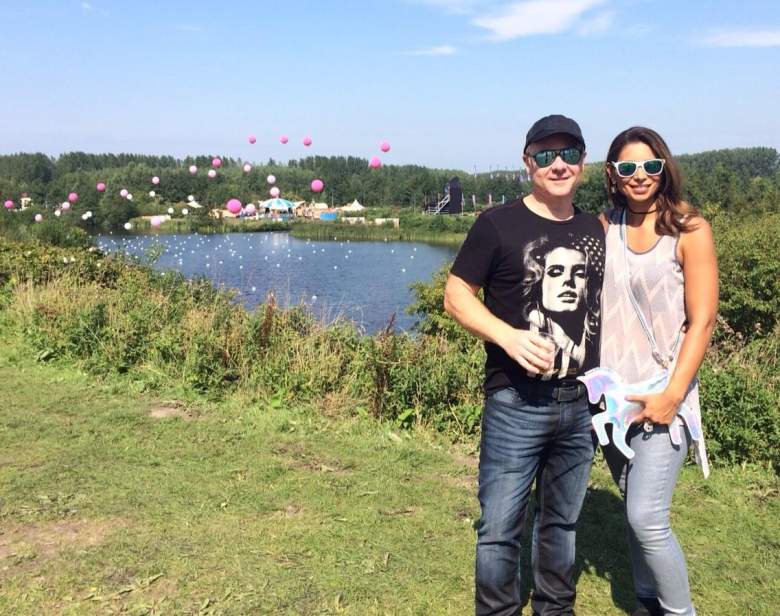 “It is with profound sadness and heavy hearts that we inform you of the tragic loss of Richard Field, MD. Dr. field was a guiding vision at North Shore Pain Management and was instrumental in the creation of this practice in 2010,” the statement read.

“Prior to his time at NSPM, he was an anesthesiologist and pain management specialist at Beverly Hospital and Brigham and Women’s Hospital. Dr. Field was noted for his tireless devotion to his patients, staff, and colleagues. He was a valued member of the medical community and a tremendous advocate for his patients. His tragic and sudden passing leaves an inescapable void in all of us. Our deepest thoughts are with his friends and family.”

According to Universal Hub, “Field helped start the Beverly practice in 2010. Before then, he was an anesthesiologist and pain specialist at Brigham and Women’s Hospital and Beverly Hospital. He had also served as an instructor in pain management and anesthesia at Harvard Medical School.”

5. The Suspect Was Shot by Police & Has a Criminal History

Police found the bodies and the suspect after responding to a call of a man with a gun.

The call came in about 8:38 p.m. on Friday, May 5, 2017, when “officers assigned to District C-6 (South Boston) responded to a call for a person with a gun in the area of 141 Dorchester Avenue in South Boston,” Boston police said in a news release.

“On arrival, the officers made entry to the building and observed a male suspect armed with a firearm,” the release says. “Upon seeing the officers, the suspect immediately began firing at the officers, causing them to return fire.” However, the DA later said that further investigation revealed that Teixeira did not shoot at police and they found a replica gun in a backpack and a knife in the apartment, CBS Boston reported.

Officers knocked and announced their presence multiple times, receiving no response, and used the set of keys they found on the floor to open the door, the prosecutor said in the court hearing. As they entered the apartment, they found the lights off and encountered a male dressed in dark clothing and “in the ensuing moment, there was an exchange of gunfire,” according to the prosecutor. That male was identified as Teixeira, who was shot in the abdomen, hand and leg, the prosecutor said, adding that the suspect was wearing dark colored gloves. 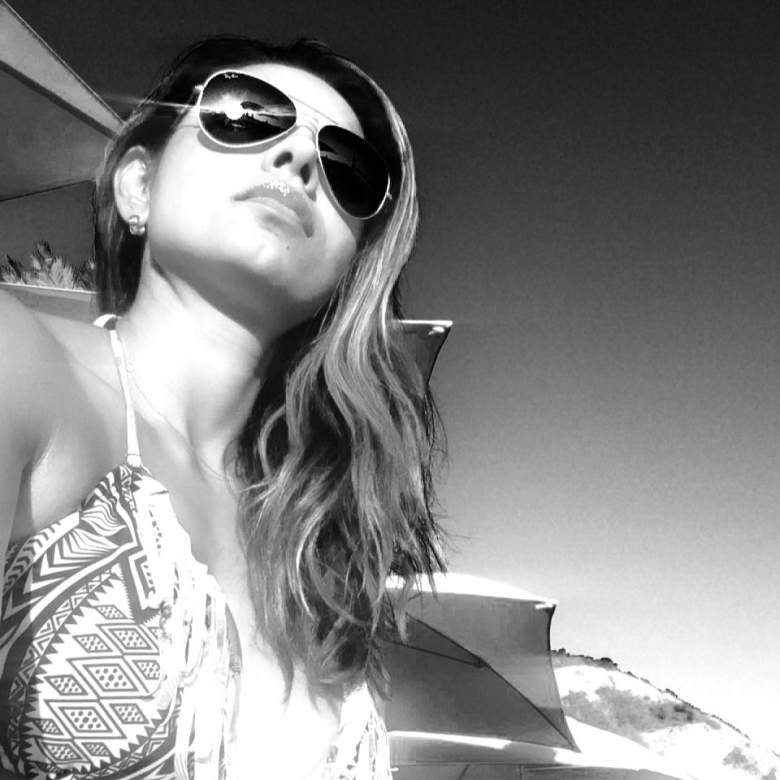 According to Boston Police, during the exchange, “the suspect was struck by the officers and after a violent struggle, placed in custody and transported to an area hospital for treatment of non-life threatening injuries as a result of gunshot wounds.”

No police officers were struck by gunfire but “several were transported to area hospitals for treatment of non-life threatening injuries,” police said. The Boston police SWAT team then conducted a “protective sweep” of the building and discovered the two victims dead at the scene from “traumatic injuries,” Boston police said.

The police commissioner said the suspect was discovered in the apartment. “I mean, you have a guy here who just killed two people and he had nothing to lose.”

CBS Boston reported that the suspect’s criminal record was for “thefts.”

According to The Boston Globe, the suspect was “a former security guard whose ex-girlfriend said had just gotten out of prison for robbing a bank.” Universal Hub reports that, according to the District Attorney, Teixeira “pleaded guilty on Sept. 15 of last year to two counts of unarmed robbery of a bank” and was sentenced to nine months in jail.