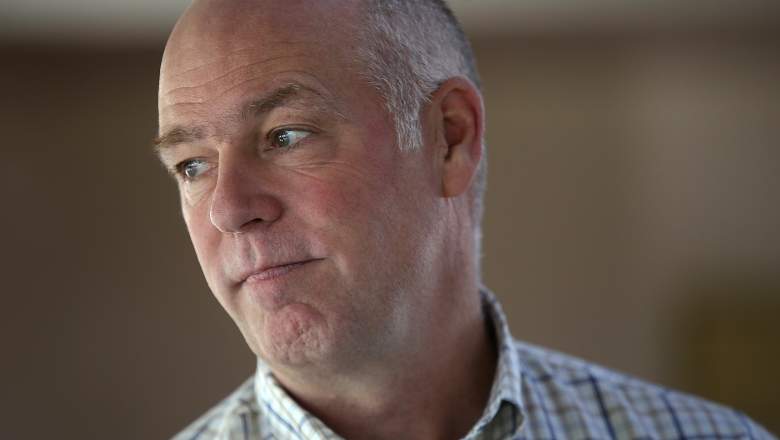 Authorities are speaking out on a Guardian reporter’s claim that GOP candidate Greg Gianforte “body slammed” him and broke his glasses during an interview.

Watch the police press conference on the reporter’s claims live via a Twitter stream here. You can also try here or here.

Shortly after the press conference, it was announced that Gianforte had been cited in the case:

The sheriff, a campaign donor of Gianforte, released this statement:

Be aware that some of the reporters had tweeted that they were having connection problems in the room. However, during the press conference, authorities said that the reporter, Ben Jacobs, was at the Sheriff’s Department being interviewed, an interview the sheriff said might take several hours. They said that they have witnesses who have yet to be interviewed by police. There were five other people present during the altercation, they said.

“We interviewed Mr. Gianforte very briefly,” the Sheriff said. Asked if Jacobs was filing charges, the sheriff responded only that Jacobs was being interviewed by investigators.

Sheriff Brian Gootkin said there was an “active investigation as we speak.” He said investigators were trying to talk to all the parties to get an overview of what happened.

It turns out the Sheriff is a recent campaign donor to Gianforte:

“There were allegations that an assault occurred,” Gootkin said, adding that Jacobs was released from the hospital. The sheriff said that the audio recording was “retrieved from the alleged victim.” He said he had not listened to the entire audio.

The witnesses were Gianforte and five other people present, including Jacobs, he said. “We’re not treating this one any different,” the sheriff said, adding that authorities want to interview Gianforte at greater length. He said they had not spoken to Gianforte except for at the scene.

Authorities also said during the news conference that charges haven’t been filed at this point, and they’ve tasked detectives to investigate. The sheriff said he didn’t have any information about any video taken on the altercation, and he said that the looming special election did not affect the timeline.

Ben Jacobs lodged the complaint both with police and on Twitter, and his publication, the British news site, the Guardian, has posted audio of the exchange. You can listen to that audio here:

“You just body slammed me and broke my glasses,” Jacobs responds, saying he’s going to call the police.

Gianforte’s campaign released a statement painting Jacobs as the aggressor:

The allegations come at the worst possible time for Gianforte: The night before the special election to fill the seat vacated by Ryan Zinke, who left to become Donald Trump’s interior secretary.

Gianforte’s campaign has alleged that Jacobs grabbed his wrist first and accused Jacobs of provoking the incident, referring to him as a “liberal” journalists.

Jacobs, who is based out of Washington D.C., has reported for numerous American publications over recent years, including the Daily Beast.

Gianforte is a millionaire businessman who ran unsuccessfully for governor of Montana. The Montana special election was already being closely watched because of Gianforte’s support for the GOP plan to repeal Obamacare. The race was said by observers to be closer than expected, considering that Trump won Montana by more than 20 points. What should thus have been a lock for the GOP was said to increasingly be in doubt, although Gianforte was still favored.

The Fox reporter added, “To be clear, at no point did any of us who witnessed this assault see Jacobs show any form of physical aggression toward Gianforte.”

Read more about Jacobs here and the incident here: 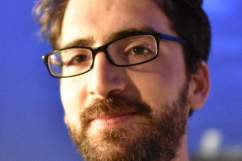