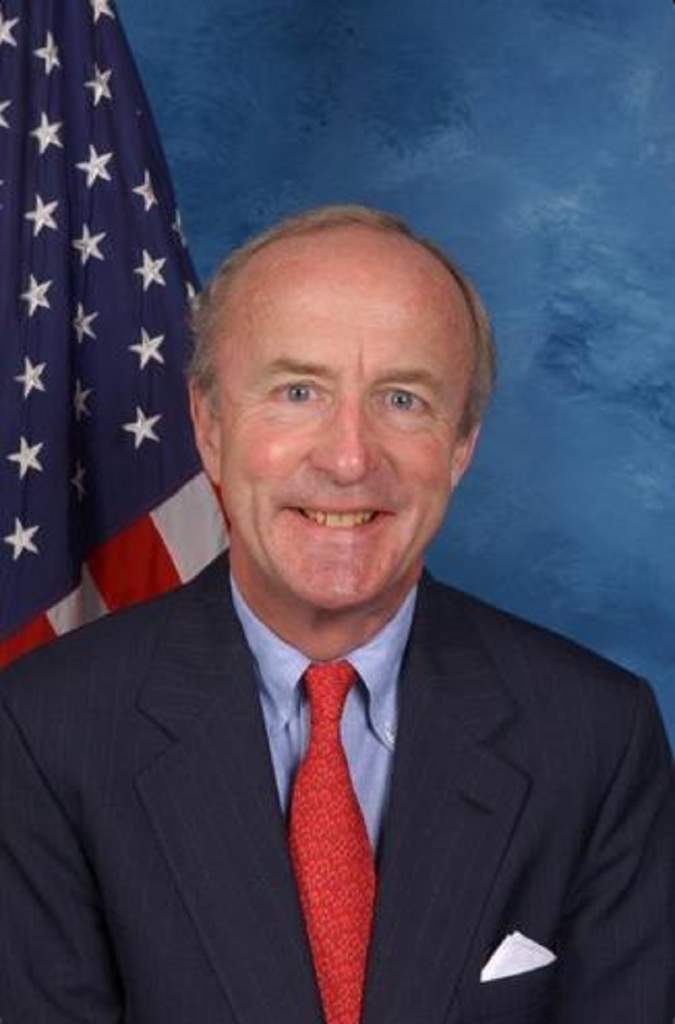 New Jersey Congressman Rodney Frelinghuysen, who chairs the House Appropriations Committee, is facing harsh criticism this week after radio station WNYC reported that he used his considerable influence to pressure one of his constituents into resigning from her job.

WNYC reports that in March, Frelinghuysen sent a fundraising letter on campaign stationery to Joseph O’Dowd, a board member at Lakeland Bank. That letter asked Frelinghuysen’s supporters to donate to his campaign, even though the next election was still two years in the future, because “there are organized forces — both national and local — who are already hard at work to put a stop to an agenda of limited government, economic growth, stronger national security.”

That part of the letter was typewritten. But above the word “local” was an asterisk, hand-drawn in the same blue ink Frelinghuysen used to scrawl his signature on the letter, and at the bottom of the letter was a handwritten footnote corresponding to the asterisk: “P.S. One of the ringleaders works in your bank!”

Attached to that letter was a copy of a March 2017 Politico article mentioning then-Lakewood Bank executive Saily Avelenda:

Anti-Trump activists have incessantly called on Frelinghuysen to hold a town hall somewhere in North Jersey’s 11th District, which includes all or parts of Morris, Essex Passaic and Sussex counties. He’s refused, so they’ve protested at his office asking “Where’s Rodney?” and held mock town halls. The recently-started Facebook group “NJ 11th for Change,” through which protests against Frelinghuysen are publicized, has more than 7,000 members.

And now, NJ 11th for Change has a super PAC, founded last month by Google executive Jonathan Bellack and local bank executive Saily Avelenda. Organizers claim it raised $10,000 in its first day and another $10,000 in its first week simply through seeking contributions on Facebook. … A Republican from a political dynasty that dates back to the nation’s founding, Frelinghuysen, a Procter & Gamble heir, was for two decades a perfect fit for his heavily Republican, well-heeled district. He also earned a reputation as a moderate.

“We are here to show people in our district who have voted for him in the past what he’s really about these days, what his actual voting record is,” Avelenda said. “Part of what we’re trying to do is to show that that label, ‘moderate,’ doesn’t apply anymore.”

Stand up to Frelinghuysen’s abuse of power. He used his office to hurt a private citizen while helping himself https://t.co/bnlJ0YrRWW #nj11

Avelenda told WNYC that “Needless to say, that [letter from Frelinghuysen] did cause some issues at work that were difficult to overcome. … I had to write a statement to my CEO, and at my level as an assistant general counsel and a senior vice president, at this employer it was not something that I expected. I thought my Congressman put them in a situation, and put me in a really bad situation as the constituent, and used his name, used his position and used his stationery to try to punish me.”

Another WNYC article from February 2017 went into more detail about NJ 11th for Change, the super PAC Avelenda helped to found:

Saily Avelenda with NJ 11th for Change said the goal is to inform voters about candidate records.

“Part of what our goal is is to educate, to ensure they are aware of the individual that sits in that seat today,” Avelenda said. “So that when they go make a choice they have all the information they need to make a choice.”

NJ 11th for Change got its start as a conversation on social media of constituents upset Frelinghuysen hadn’t held a town hall since 2013. This week they organized town halls in each of the four counties that comprise Frelinghuysen’s district, and invited the representative. So far, he hasn’t attended.

Frelinghuysen has not commented publicly on WNYC’s story or Avelenda’s involvement in it, so it is not known why he is so threatened by a constituent who founded a super PAC whose “goal is to inform voters about candidate records.” New Jersey Democrat Mikie Sherrill, who hopes to run against Frelinghuysen in 2018, took to Twitter to say “Frelinghuysen just used his powerful public office to hurt a private citizen – it’s wrong, unethical, and immoral.” 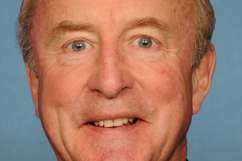 Loading more stories
wpDiscuz
4
0
Would love your thoughts, please comment.x
()
x
| Reply
New Jersey Rep. Rodney Frelinghuysen is under fire after using his influence to sabotage the career of Saily Avelenda, a constituent who criticized his policies.