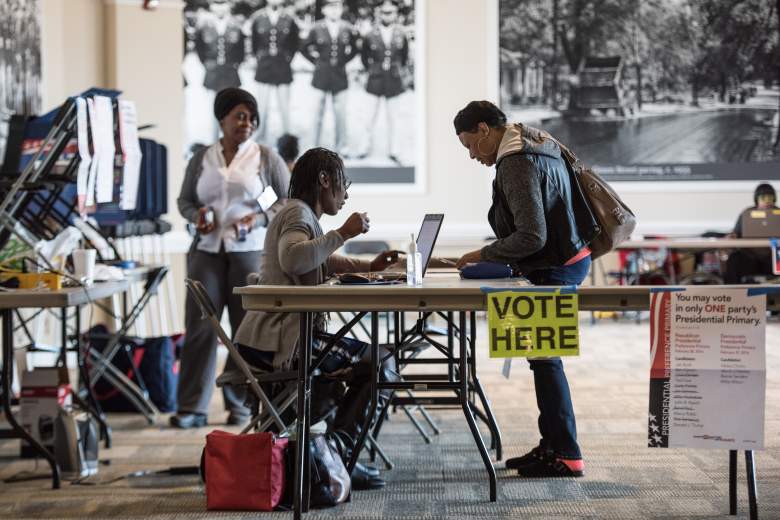 After almost two months of campaigning, the time is finally here.

Voters in South Carolina’s 5th congressional district will take to the polls to cast their vote in the primary of the special election to replace Republican Rep. Mick Mulvaney.

Mulvaney was picked to be the director of the U.S. Office of Management and Budget, leaving the seat vacant.

In the primary, the Democrat, Republican and Libertarian candidates with the most support from voters moving on to a June 20 general election. A primary runoff would be held May 16 if no candidate in a party receives at least 50 percent of the vote.

POLLING HOURS & LOCATIONS: On Tuesday, the polling stations open at 7 a.m. EDT and close at 7 p.m. If you’re in line before 7 p.m. and haven’t yet voted, you’ll be able to vote after 7 p.m. The special election is only for residents within South Carolina’s 5th district, which includes portions of Cherokee, Chester, Chesterfield, Darlington, Dillon, Fairfield, Kershaw, Lancaster, Marlboro, Newberry and York counties and parts of Florence, Lee and Sumter counties.

To find out where to vote and more information, click here.

REGISTRATION GUIDELINES: In South Carolina, voters must register to vote at least 30 days before the election.

Click here to register to vote if you’re a resident in the state. To get the printable form, click here.

Registration requires a valid South Carolina driver’s license or DMV ID. Voters must be U.S.-born citizens, South Carolina residents, and be at least 18-years old on or before the election. Voters must also not be under a court order declaring them mentally incompetent, never be confined in any public prison resulting from a conviction of a crime and have must never have been convicted of a felony.

In the 2016 presidential election, Republican Donald Trump won the district by 18.5 percent.

Many predict the election to be favored heavily by Republicans.

Read below for a full list of candidates for the seat:

Read More
Politics, US Politics
Voters in South Carolina's 5th congressional district are voting in a primary for a U.S. House of Representatives seat. Find out how to vote and register.