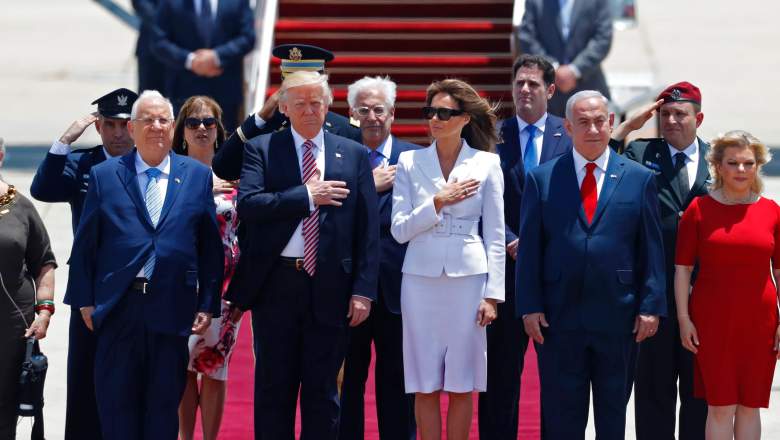 The Trumps listen to the their national anthem as they are welcomed by Israeli Prime Minister Benjamin Netanyahu (2R), his wife Sara (R), Israeli President Reuven Rivlin (2L), and his wife Nehama (L). (Getty)

President Donald Trump and his wife, Melania, arrived in Israel on May 22 in the second leg of the president’s first foreign trip.

The president and his retinue were greeted at the Ben Gurion International Airport in Tel Aviv by Israeli Prime Minister Benjamin Netanyahu, Israeli President Reuven Rivlin, and their wives.

.@POTUS takes a moment of prayer at the Western Wall in Jerusalem and placed a note between the holy stones.#POTUSinIsrael pic.twitter.com/s7xvVQKz1M

Trump was the first sitting president to do so. 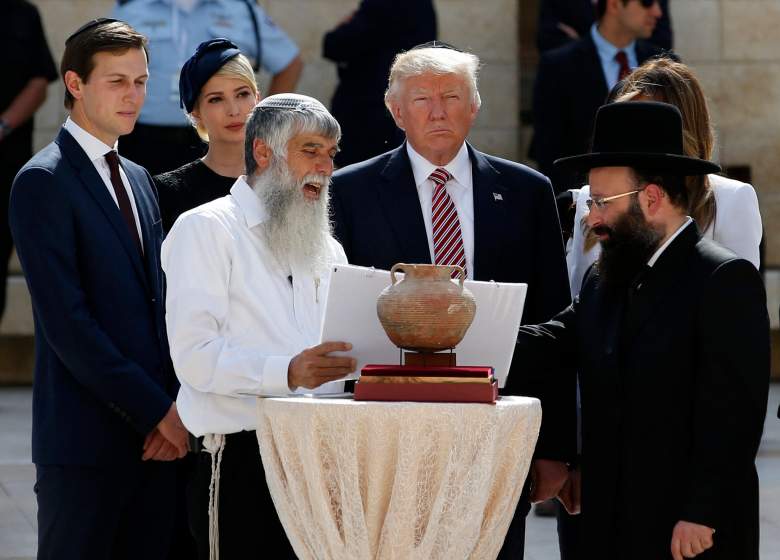 The Israeli trip comes after the Trumps spent two days in Saudi Arabia on the five-day foreign tour that will also take them to Vatican City and Brussels. “I have come to this sacred and ancient land to reaffirm the unbreakable bond between the United States and the state of Israel,” Trump said at the airport. 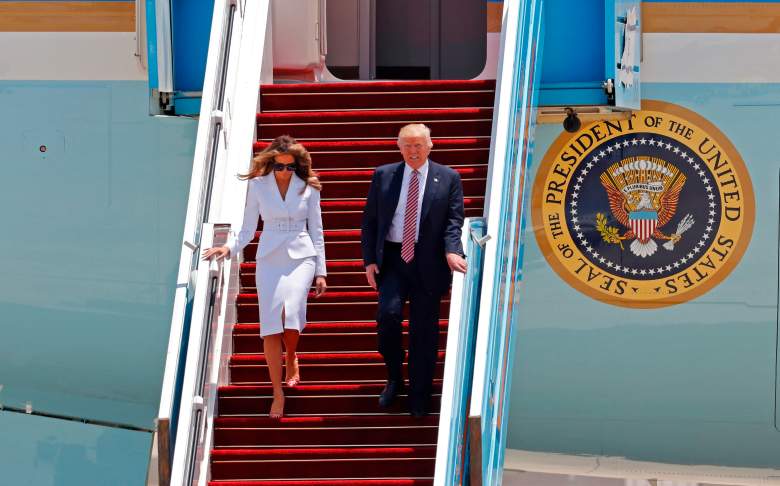 US President Donald Trump and First Lady Melania Trump disembark Air Force One upon their arrival at Ben Gurion International Airport in Tel Aviv on May 22, 2017, as part of his first trip overseas. (Getty)

Once in the country, the Trumps visited the Church of the Holy Sepulchre in the Old City of Jerusalem. The president focused his rhetoric on Iran as the Israeli trip began, saying, “Iran must never be allowed to possess a nuclear weapon.”

Trump said of Israel, “We are not only long-time friends – we are great allies and partners. We stand together always.” 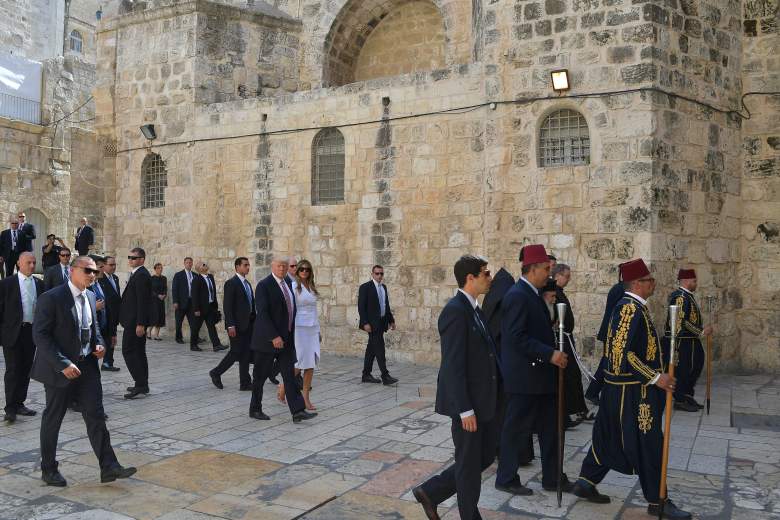 US President Donald Trump (C) and First Lady Melania Trump at the Church of the Holy Sepulchre. (Getty)

Here’s another view from the trip to the church: 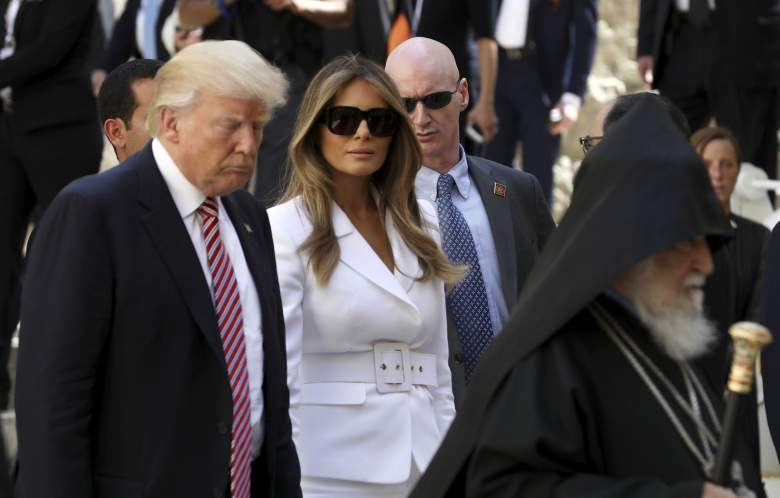 They also toured the garden of the home of Israeli President Reuven Rivlin, alongside his wife, Nehama.

The trip to Israel came as questions swirled about whether Trump gave up Israeli intelligence on terrorism in a meeting at the White House with Russian officials. A former CIA director suggested the classified intelligence could have derived from Israel or Jordan, according to The Jerusalem Post. 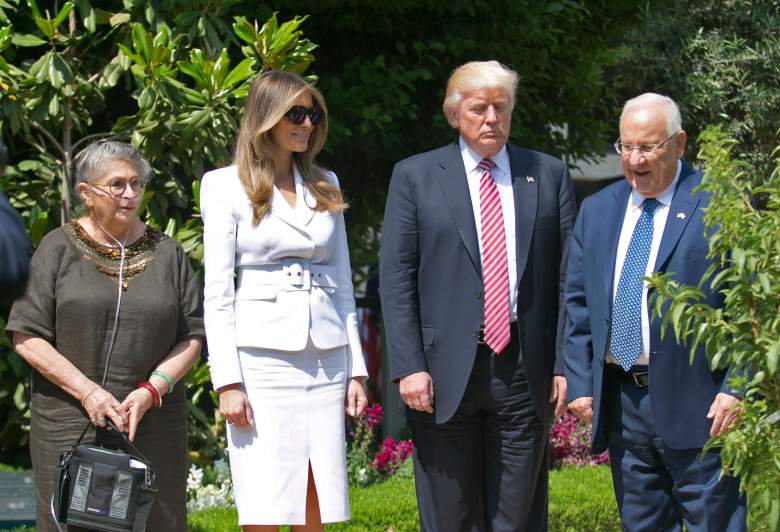 The Trumps and Rivlins at the garden. (Getty) 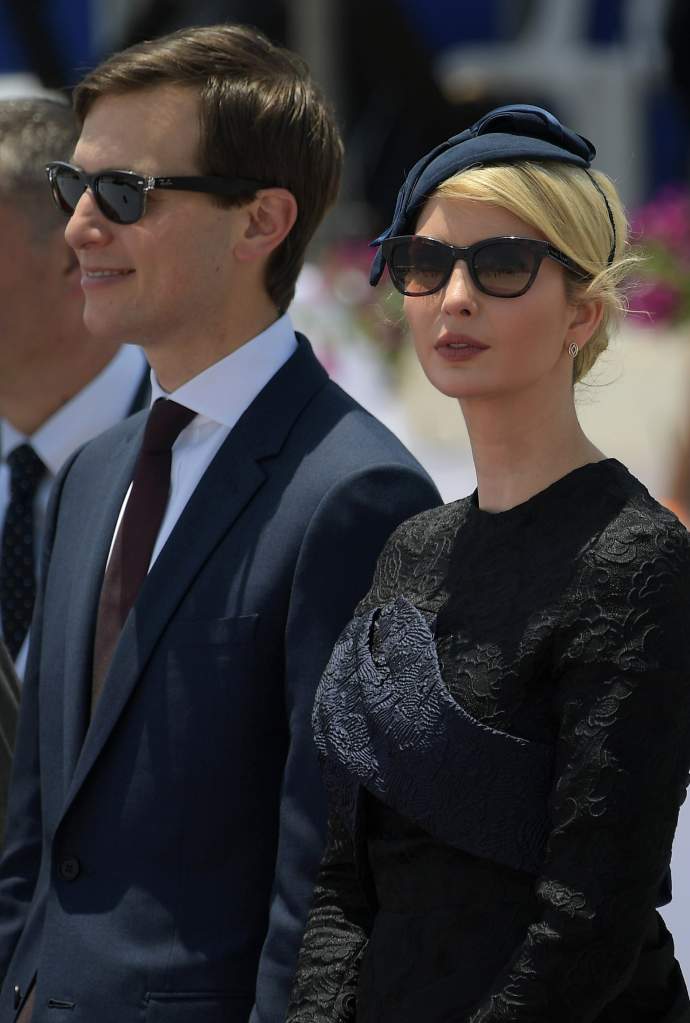 Kushner and his wife are practicing Jews. 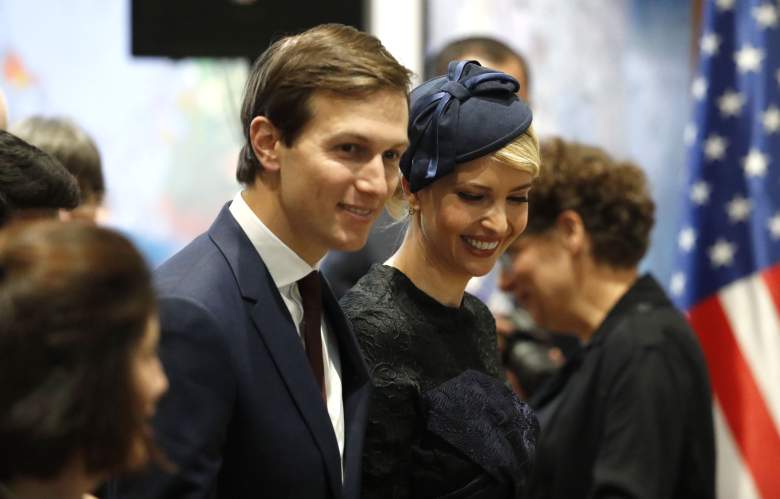 Kushner and Ivanka Trump attend a press conference at the President’s Residence in Jerusalem on May 22, 2017. (Getty)

President Trump and President Rivlin were also seen at the president’s residence in Jerusalem in more formal trappings. 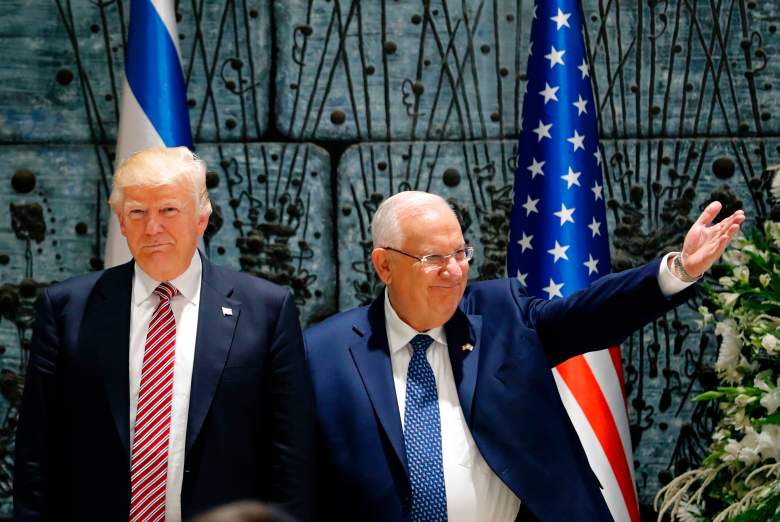 President Trump was photographed signing the guest book at the residence. 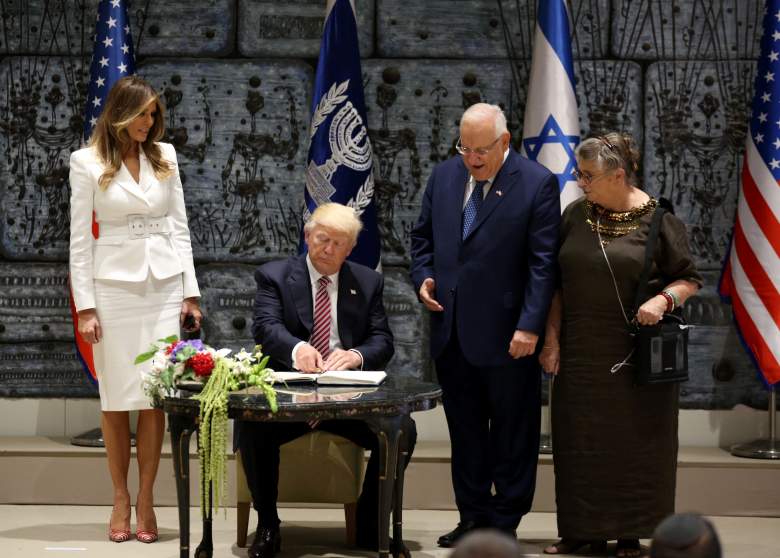 First Lady Melania Trump (L), Israeli President Reuven Rivlin (2R) and his wife Nehama (R) stand next to US President Donald Trump as he signs the guest book at the President’s Residence in Jerusalem on May 22, 2017. (Getty)

President Trump greeted Sara Netanyahu, the wife of the Israeli prime minister, warmly at the airport. 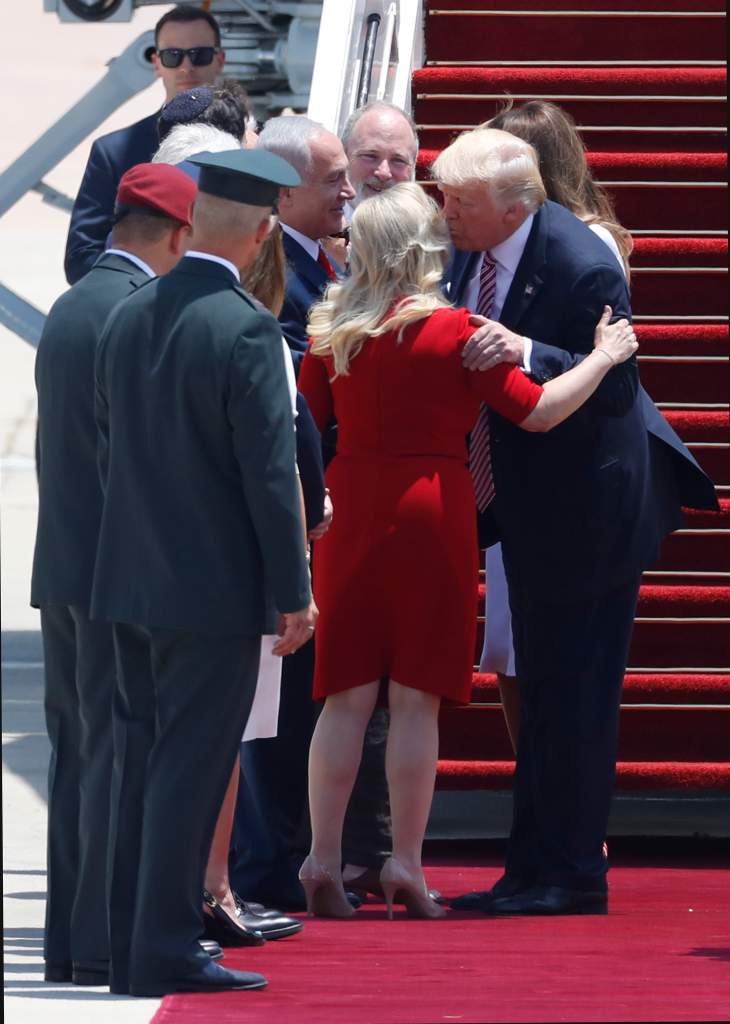 Trump spoke warmly with the Israeli president, Rivlin, at the airport ceremony. 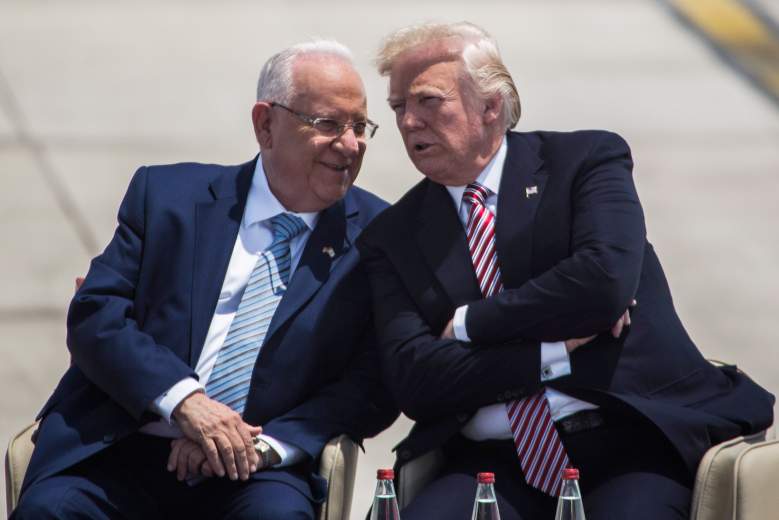