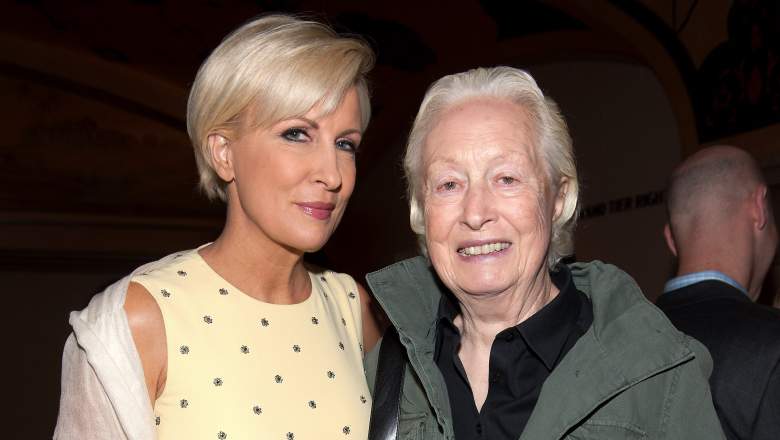 Political scientist Zbigniew Brzezinski, the father of Morning Joe host Mika Brzezinski, was married to sculptor Emilie Venes Brzezinski. Brzezinski died on May 26 in his sleep at age 89, Mika announced on Instagram.

Emilie, who was born in Geneva, is world renowned for her unique, large sculptures using wood. She has shown her work in exhibitions around the world, with a recent exhibition at George Mason University School of Art last fall. Many of her aw-inspiring pieces are on display in the Czech Republic, where her family originated from. She also created “Arch in Flight,” a piece located just blocks from the White House in Washington, D.C.

As for Brzezinski, he was a key player in American foreign policy in the late 1970s and early 1980s as President Jimmy Carter’s National Security Adviser for Carter’s entire term. In recent years, Brzezinski was a critic of the George W. Bush Administration and called for a strong response after Russia invaded the Crimea in 2014. He frequently appeared on television as a foreign policy expert, including making appearances on Morning Joe.

Here’s what you need to know about Emilie.

My father passed away peacefully tonight. He was known to his friends as Zbig, to his grandchildren as Chief and to his wife as the enduring love of her life. I just knew him as the most inspiring, loving and devoted father any girl could ever have. I love you Dad❤️ #HailToTheChief

The 85-year-old Emilie and the 89-year-old Brzezinski married in 1961. She met Brzezinski while working at Harvard University’s Littauer Library.

As a Washington Post profile notes, she was born in Geneva, Switzerland in 1932 and immigrated to London when World War II began. But the war followed them, so they left Europe completely and moved to California in 1943. The crossed the Atlantic while German U-Boats attacked.

Although her family later moved to California, she traveled to Massachusetts to earn a Fine Arts degree at Wellesley College.

Emilie’s family has its roots in the Czech Republic. She is a relative of the former Czech President Edvard Benes. Her brother, Vaclac Edvard Benes, is a famous mathematician.

“My father and mother both escaped Europe before the start of World War II. They met in college and we’re inseparable in the 6 decades that followed,” Mika wrote on Instagram.

As Emilie explained to Sculpture Magazine in 2015, she and her father spent a great deal hiking in Oregon and this was a major influence on her art. She explained that cultural identity is an important part of her life.

“For someone like me, a child of the ’40s, the question of identity remains crucial even at this stage of life. Over the years, I have met other Central-European artists and curators, both in Europe and in the States. There is a natural inclination and curiosity that brings us together and compels us to help each other,” she said, adding, “These various personalities and players, however vague and amorphous as a group, are very important to maintaining my sense of identity.”

2. Emilie Is a Sculptor, Working Mostly in Wood 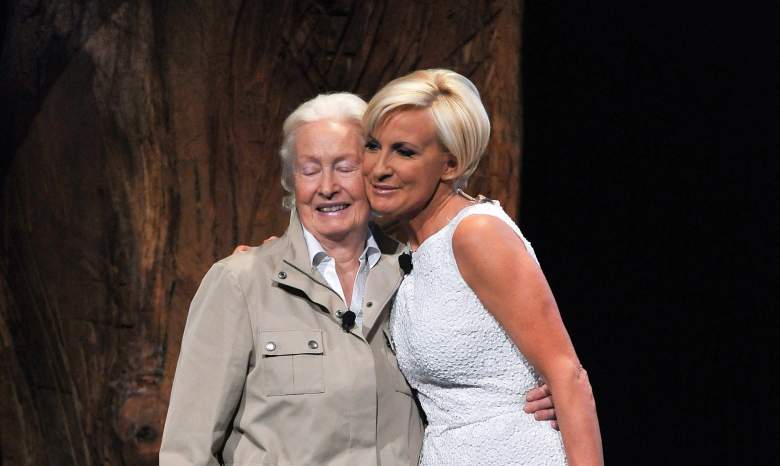 Emilie’s current work is mostly made out of wood. Her website is called The Lure of the Forest, which shares its title with a book she published. During the 1970s, she worked with a variety of media, but became fascinated by wood in the 1980s.

“Nature has a grand design, but its manifestations unfold in imperfection and specificity. Respect for this persistent individuality in natural forms is the underpinning of my work,” Emilie says in a statement on her website.

One aspect of wood that attracted her to using it as a medium is that it is imperfect and flawed. It gives her work extra character, with a story to tell. In an interview with Sculpture.org, Emilie said the medium and process is just as important as what the finished project looks like.

“Every project I ever undertook allowed me to learn more about the fabric, the structure, and the individuality of the particular wood that I used,” Emilie told the magazine. “My work was always a process of discovery and experimentation. Eventually, I became aware of a whole portfolio of shapes, motifs, and designs, large and small, that I could use for my sculptures. Each of these discoveries also led me to new insights about the use of specific tools—the chisel, the ax, and especially the chainsaw—and the different cuts, lines, ripples, and gouges they created.”

Most of her work is displayed in the Czech Republic, including the “Prague Titans” at the Vltava River and “Broken Blocks” at the National Gallery in Prague. She also created a piece called “Arch in Flight,” which is just two blocks from the White House, located in front of the Federal Reserve Building.

3. They Had 3 Children Together

My father and mother both escaped Europe before the start of World War II. They met in college and we're inseparable in the 6 decades that followed. Here they are in Greece so many years ago. But that same love kept them close through tonight when my dad passed away. We love you Dad.

The Brzezinskis lived in McLean, Virginia for over 30 years. The Washington Post notes that they bought a hose that is nearly 100 years old and is set in a “six-acre oasis.”

At first, their three children hated it, but they soon warmed up to it. “They cried every night,” Emilie told the Post. “We’re not a big family, but very close.”

“She was impossible,” Emilie told the New York Times of her daughter as a child. The Times notes that she also uses hearing aids. While Emilie said she was born deaf, Mika said it was because she uses chain saws for her work.

The Brzezinskis moved to Washington in the 1970s, when Brzezinski served in the White House. From 1977 to 1981, he served as President Jimmy Carter’s National Security Adviser and played a key role in Carter’s foreign policy. He helped broker the Camp David Accords and saw Iran become an enemy of the U.S. He also helped normalize relations with the People’s Republic of China.

Emilie and Brzezinski had two sons – Ian and Mark.

Ian is their oldest son and was born in 1963. He followed his father into foreign policy, working for President George W. Bush as Deputy Assistant Secretary of Defense for Europe and NATO policy during Bush’s first term. Today, Ian is a Senior Fellow at the Atlantic Council. He’s also the principal of Brzezinski Group, LLC and is based in Alexandria, Virginia. In August 2016, Ian was among the Republican foreign policy experts who signed an open letter declaring future President Donald Trump unfit for the presidency.

The 52-year-old Mark is a lawyer and served as the U.S. Ambassador to Sweden from 2011 to 2015 under President Barack Obama. He also worked in the Clinton Administration during President Bill Clinton’s second term on the National Security Council. After serving as the Ambassador to Sweden, Obama called on Mark to lead an initiative to get the federal government more active in Alaska’s Arctic region.

5. Their Daughter is Mika Brzezinski, the Co-Host of MSNBC’s ‘Morning Joe’

The most famous Brzezinski child is their youngest, 50-year-old Mika. She’s currently the host of Morning Joe with her fiance Joe Scarborough. Brzezinski was previously married to WABC reporter Jim Hoffer and has two daughters, Emilie and Carlie Hoffer.

We are remembering my father tonight with the love of his life who inspired him and shared in his wonderful life over six decades. pic.twitter.com/8if3PFRnSN

Hoffer and Mika were married for over 20 years before they divorced last year. On May 4, Mika and Scarborough announced that they are getting married. It will be his third marriage.

Scarborough is honoring Brzezinski on Twitter. “Dr. Brzezinski fought tirelessly to bring freedom to his homeland of Poland. He was a fierce Cold Warrior against Russian aggression,” he wrote. The former Florida Congressman also shared an image of Brzezinski at Camp David.

This is one of my favorite photos of Dr. Brzezinski playing chess with PM Begin at Camp David. It captures him well. @zbig pic.twitter.com/hLAT2tvfvq

Scarborough also posted another image, showing his fiance as a kid with her father on the White House lawn.

This is one of Mika's favorite pictures of her and her dad. They're on the White House lawn. pic.twitter.com/6BYWM8hfS7 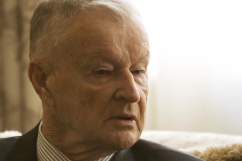