In a video posted to YouTube, the hacking and activist group known as “Anonymous” claims that NASA is close to announcing it’s discovered alien life. But NASA has since denied the claim.

In the video, which lasts just over 12 minutes, the man in a Guy Fawkes mask references multiple articles posted to Ancient-Code.com, a known conspiracy website. The voice on the video quotes NASA Associate Administrator for the Science Mission Directorate Dr. Thomas Zurbuchen, who gave testimony to Congress in April that made reference to an increase in ability to search for life forms.

“Our civilization is on the verge of discovering alien life in the cosmos,” Zurbuchen said in the speech titled “Advances in the Search for Life.” “Taking in account all of the different activities and missions that are specifically searching for evidence of alien life, we are on the verge of making one of the most profound, unprecedented discoveries in history.”

The main focus of Zurbuchen’s congressional speech was about the discovery of 219 new planet candidates of which 10 have similar conditions to Earth.

The video posted to the “Anonymous Global” YouTube channel doesn’t show Zurbuchen’s actual testimony where he spoke about the discovery of planets around distant suns. Instead, it sifts through many quotes and conspiracy theories while speaking about “alien protocol.”

A NASA spokesperson has since vehemently denied the claim, telling Postmedia that announcing alien life has been discovered is not in the works. But that doesn’t mean it isn’t trying.

“While we’re excited about the latest findings from NASA’s Kepler space observatory, there’s no pending announcement regarding extraterrestrial life,” a spokesperson wrote in an email to the media group. “For years NASA has expressed interest in searching for signs of life beyond Earth. We have a number of science missions that are moving forward with the goal of seeking signs of past and present life on Mars and ocean worlds in the outer solar system.

“While we do not yet have answers, we will continue to work to address the fundamental question, ‘are we alone?'” 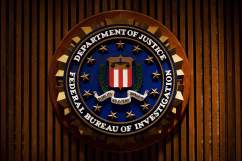 Loading more stories
wpDiscuz
10
0
Would love your thoughts, please comment.x
()
x
| Reply
In a video posted to YouTube, the hacker group "Anonymous" said that NASA is close to announcing it's discovered alien life.