Brady Toensing, the chair of Donald Trump’s campaign in Vermont, is the man who wrote the letter that sparked the federal bank fraud investigation into Jane Sanders, the wife of Democratic presidential candidate Bernie Sanders.

Bernie Sanders has attempted to use Toensing’s Trump ties to discredit the investigation, but Politico is reporting that Jane and Bernie Sanders have both now hired lawyers to deal with the probe into whether Jane provided false information to obtain a loan for a college she once ran.

Now there’s speculation that Trump might nominate Toensing as U.S. Attorney in Vermont. Toensing is the son and stepson of a colorful pair of anti-Clinton prosecutors known for their frequent commentary against Democrats on television.

1. Toensing Filed a Complaint Against Jane Sanders About a Burlington College Loan 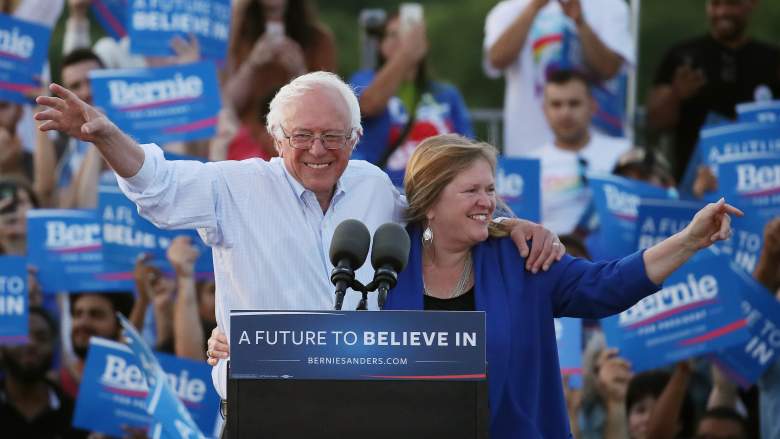 Here’s what’s known for sure: When Jane Sanders took over at the helm of Burlington College, the school was already struggling financially but had a powerful vision: An alternative educational structure in which students designed their own majors.

When she left, the college was beset with financial problems and saddled with more debt than it could handle, and it eventually closed.

At question: A loan that Sanders, as college president, obtained for a swath of land once owned by the Catholic Church. Toensing has accused Jane Sanders of not being honest about the school’s financial ability to pay back bank loans the college received to finance the land purchase.

In a lengthy story on June 22, 2017, Politico reported that the initial complaint seeking a federal investigation originated with Brady Toensing, “an attorney who chaired Trump’s Vermont campaign, and whose January 2016 letter to the U.S. attorney for Vermont put federal agents on the trail,” but added that Toensing noted the investigation started under the President Obama administration.

According to Politico, a local website called VTDigger had confirmed in April that the FBI was investigating the loan. Now, reported Politico, “Bernie and Jane Sanders have lawyered up,” with Jane hiring a lawyer who once represented Scooter Libby.

You can read Toensing’s letter here.

The letter said that Toensing represented a Catholic parishioner and was requesting an investigation into what “appears to be federal loan fraud involving the sale of the Roman Catholic Diocese of Burlingon headquarters (33-acres of prime, lake-front property) to Burlington College.”

Alleged Toensing, “The loan transaction involved the overstatement and misrepresentation of nearly $2 million dollars in what were purported to be confirmed contributions and grants to the college.”

The letter contends that, in 2010, Jane Sanders, then President of Burlington College, “orchestrated the college’s purchase of the Diocese headquarters property for $10 million dollars.” Jane Sanders sought approval from the Vermont Educational and Health Buildings Finance Agency, which “voted to use tax exempt bonds for the transaction.” The People’s United Bank purchased the bonds in the form of a loan to the college and second mortgage from the Diocese.

To get the loan, alleges the letter, Sanders submitted what she claimed “was evidence of $2.6 million in confirmed grants and donations.” However, by the end of fiscal year 2011, six months after loan closing, she had collected only $279,000 in donations, and, by the end of fiscal year 2014, the college had collected only $676,000 in the donations and “failed to meet required loan benchmarks and defaulted on its loan from the Diocese.”

Toensing also alleged that Sanders’ “privileged status as the wife of a powerful United States Senator seems to have inoculated her from the robust underwriting that would have uncovered the apparent fraudulent donation claims she made.”

Although reporters largely ignored the letter at the time, Politico reports that a federal investigation was indeed launched. “Federal investigators and FBI agents started to pull apart the $10 million financial arrangement. They showed up at Burlington College to sift through hard drives, audit reports and spreadsheets. They began to interview donors, board members” and a past president, reported Politico, which added that a second letter to investigators accused Bernie Sanders’s office of applying pressure to help his wife get the loan for the school.

Politico documented problems with the Jane Sanders’ donors: “Sanders listed two people as having confirmed pledges for more money than they had offered; neither knew their pledges had been used to support the loan. A third donor had offered a $1 million bequest, to be paid upon her death. Instead, the college’s loan application counted it in funds to be paid out over the next few years,” the site reported.

Toensing is a partner in a law firm “which is headed by his mother Victoria Toensing and his stepfather Joseph DiGenova,” reported The VPO.org. Notes Politico: “His mother, Victoria Toensing, is one of the most committed conservative lawyers in Washington.”

Both Victoria Toensing and DiGenova have made frequent appearances on national television programs, often boosting Republican causes, and they were especially prolific during the Clinton years and investigations.

Victoria Toensing has represented a Benghazi “whistleblower,” and “was named Special Counsel by the U.S. House of Representatives to probe the International Brotherhood of Teamsters. In 2007, Toensing was retained by the New York State Senate to investigate then-Gov. Eliot Spitzer in the Troopergate matter,” her law firm bio says.

She also spent time as a prosecutor in the Reagan Justice Department. “As Deputy Assistant Attorney General in the Criminal Division of the U.S. Justice Department from 1984-1988, she established Justice’s Terrorism Unit,” the bio says. “She managed the federal government’s efforts to bring to justice the terrorists responsible for the hijacking of TWA 847, the bombing of Pan Am 830, and the takeover of the cruise ship Achille Lauro. For her aggressive pursuit of terrorist Mohammed Rashid she was featured on the cover of The New York Times Magazine (April 21, 1991).”

She was also chief counsel for Republican senator Barry Goldwater.

In 1998, The Washington Post called Toensing and her husband, DiGenova, “The Power Couple at Scandal’s Vortex.” The Post described their criticism of the Clintons and wrote that DiGenova was a “white-hot media presence, politically connected lawyer and all-around agent provocateur. He and Toensing, also a battle-tested former prosecutor, keep popping up wherever there is trouble — as commentators, as investigators, as unnamed sources for reporters.”

The Post described how Victoria Toensing and DiGenova were involved in criticism over Bill Clinton’s affair with Monica Lewinsky. Victoria “Toensing was approached by an intermediary for a Secret Service agent who had supposedly seen something untoward involving President Clinton and the former intern. DiGenova was at the heart of a quickly retracted Dallas Morning News account of that matter,” the Post reported.

Wrote one political critic on Facebook: “Brady Toensing is the son of Joe diGenova and Victoria Toensing, two ultra right wing loudmouths who were constantly on television cheering on the impeachment of Bill Clinton..”

Victoria Toensing is still involved in the public debate. She recently wrote a column for Fox News that opined that Trump Attorney General Jeff Sessions was being unfairly maligned.

The site Media Matters has gathered a round up of Victoria Toensing claims in the media, although that site is left leaning and focuses on exposing conservative bias.

He was also “chief Counsel and Staff Director of the Senate Rules Committee and Counsel to the Senate Judiciary, Governmental Affairs and Select Intelligence Committees,” the bio says. In 1998, wrote Slate, “TV bookers love diGenova because he is a former prosecutor who goes for the sound bite, and also because he is a former independent counsel himself. Between 1992 and 1995, he looked into charges that Bush administration officials instigated an improper search of Bill Clinton’s passport files during the 1992 campaign.”

3. Brady Toensing Has Worked on Cases That Involved the Clinton Administration & Once Called Bernie Sanders a ‘Hypocrite’ & ‘Proselytizing Socialist’

In 2016, Toensing called Bernie Sanders a hypocrite on Twitter because of his purchase of a new lake home. “Sanders is proselytizing socialist. Yet profits from $200K golden parachute and pays cash for 3rd home. Hypocrite?” he wrote.

Some of his other political comments on social media include:

According to his law firm bio, he has worked on cases with a criminal justice nexus. “Toensing represented the government of the District of Columbia and the Director of its prison system in Section 1983 cases in Superior and Federal Courts involving the deaths of two prisoners sent to a private prison,” his bio says, adding that he “devised the argument that allowed the Firm’s client to be dismissed from the federal case based on qualified immunity and won a stay of proceedings in Superior Court based on this argument.”

Some of his cases involved Ruby Ridge and the Clintons.

“Mr. Toensing has represented clients in a number of Congressional investigations, including Clinton White House Pardon issues, Ruby Ridge, Waco, and during the Senate Permanent Subcommittee on Investigations inquiry into tax shelters,” his bio says.

Brady Toensing also represented “an FBI Hostage Rescue Team member during all manner of inquiries concerning Ruby Ridge and Waco,” reports his bio, adding, “He also represented a federal government employee in a whistleblowing case against the U.S. Department of State during the Clinton Administration.”

He received his law and undergraduate degrees from Georgetown University. “Before joining diGenova & Toensing, Mr. Toensing worked for United States Senator Warren B. Rudman. As a Special and Legislative Assistant to Senator Rudman, he was responsible for ERISA, Medicare, Agriculture, Campaign Finance and Labor issues. He also assisted in international trade development,” his bio says.

4. Toensing Defended Trump When Other Republicans Turned Against Him

#vtpoli A picture from the Vermont delegation's floor seats. pic.twitter.com/ZPsMt6eDRx

“These guys are local politicians — who cares?” Toensing said, according to the site. “Why are they weighing in on the presidential race? Either an overinflated sense of self or a slow news cycle. It doesn’t matter.”

“[This] was initiated by Trump’s campaign manager, somebody who does this all of the time, has gone after a number of Democrats and progressives in this state,” the Vermont senator said, according to The Huffington Post. A Sanders’ political adviser called the accusations baseless and said the loan was approved by the college board, reported Huffington Post.

Bernie Sanders also said, according to The Chicago Tribune, “This was a story that just, amazingly enough, came out in the middle of my presidential campaign, initiated by Donald Trump’s campaign manager in Vermont.”

5. An Independent News Website Has Been Aggressively Digging Into the Loan Questions 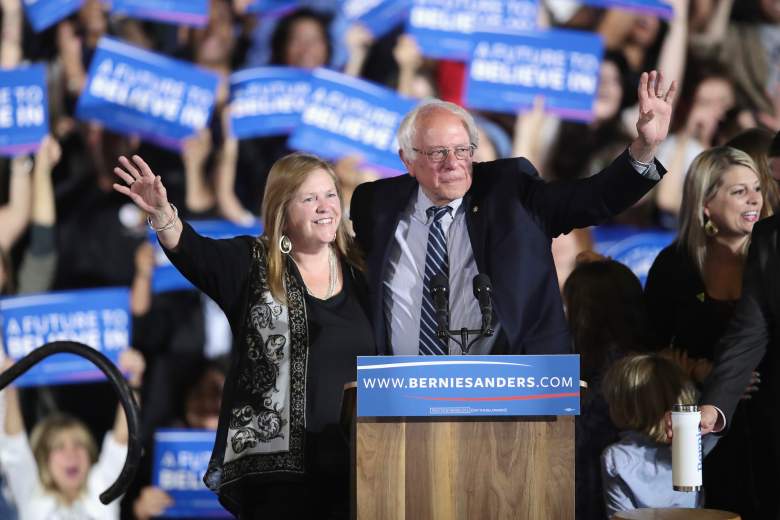 According to VTDigger, which has done the most extensive investigatory work on the Jane Sanders’ loan, a “former college employee who coordinated the school’s response to an FBI subpoena in February 2016 said she was contacted by two attorneys representing Jane Sanders shortly after VTDigger broke the news confirming the federal probe in late April.”

The lawyers wanted to know what the FBI had asked, reported the site.

In April, VTDigger’s Morgan True reported, “The Justice Department was investigating the activities of the now-defunct Burlington College as recently as February, according to emails obtained through a public records request.”

The site added, “The chair of the Burlington College board of trustees said …the FBI investigation has been going for more than a year, and at least one former school employee was subpoenaed as part of the probe.”

VTDigger reported that Toensing’s letter came after its reporting into the Sanders’ loan. The site has reported on everything from a mysterious burglary of college records to open records battles to preserve the school’s records.

VTDigger describes itself as “a statewide news website that publishes watchdog reports on state government, politics, consumer affairs, business and public policy. VTDigger.org is a project of The Vermont Journalism Trust, a 501(c)3 nonprofit organization.”