A trust fund kid from Long Island has been accused of recording his sexual assaults and labeling a clip “rape” on his computer. Cameron McDermott, 31, was officially charged in Manhattan with a number of heinous charges including predatory sexual assault and aggravated sexual abuse in the third degree. Those charges are related to the search of McDermott’s apartment that came after he had been arrested for lewdness in January 2017. The alleged rapes occurred in 2010 and 2013 in Manhattan.

District Attorney Cyrus R. Vance, Jr. said in a statement, “Many rapists rape again; if you believe you have been a victim of this defendant, or of a similar crime, please call my Office’s Sex Crimes Hotline at 212-335-9373.”

1. In One Video, McDermott Allegedly ‘Slaps & Flicks’ the Woman to Show She Is Unconscious

According to a press release from the Manhattan District Attorney’s office, the women at the center of the investigation didn’t even know they were victims. He is accused of assaulting two women. The alleged crimes took place at McDermott’s former apartment in Murray Hill and in the victim’s apartment in 2010. Separately, in 2013, McDermott was accused of attacking a different woman at his then-apartment on Manhattan’s Upper East Side on 81st street. He knew both of the victims.

The charges accuse McDermott of putting an object in one woman’s vagina and sodomizing the other. Assistant DA Jamie Kleidman told a courtroom, via the New York Post:

The DA went on to say that McDermott allegedly “slaps and flicks the woman to show that she is unconscious.”

Patch reports, citing documents, that McDermott is accused of installing cameras inside of his Grammercy apartment on June 18, 2010. Then, at around 3:30 a.m. on June 19, a video allegedly shows him touching a victim’s vagina. The other accused offenses all involve similar actions, when McDermott moved, he allegedly installed similar cameras at his new apartment.

… repeatedly touched the victim’s breasts, vagina and butt; squeezed her butt; repeatedly rubbed his penis against her face, leg and arm; and repeatedly put her hand on his penis. She was unconscious throughout.

2. McDermott Is Also Accused of Urinating on a Woman While Cross Dressing in a Black Wig & Yoga Pants

Cameron McDermott pictured with his nephews at his 27th birthday party. (Facebook)

McDermott was arrested in bizarre circumstances in January 2017 in Garden City, Long Island. CBS New York reported at the time that McDermott was accused of cross dressing in a black wig, lipstick and yoga pants. He then struck up a conversation with a woman before beginning to urinate on her in the parking lot of Adelphi University in September 2016.

He was arrested at his home in Hempstead on January 19. There, cops allegedly found child pornography on his cellphone. The New York Post reports that the DA said in court on June 8, “[The pornography was] meticulously marked by age, like ‘2 years old’ and the actions the children are being forced to engage in, such as ‘daddy and daughter.'” Another video allegedly showed two underage girls performing a sex act together.

The New York Times reports that McDermott’s alleged exposing spree lasted from September 2016 until January 2017. The majority of the cases involved McDermott approaching women in parking lots, striking up a conversation and then exposing himself.

According to his LinkedIn page, McDermott worked in medical-device sales for a Long Island-based company called Misonix. He is a graduate of Elon University in North Carolina, class of 2008. McDermott also attended three prep schools in his high school years, notably The Lawrenceville School.

McDermott began working at the company in March 2015. Prior to that, McDermott was a warehouse manager for Morgan Manhattan in the Bronx. He was also a representative for Northwestern Mutual and in the media department for the YES Network in Stamford, Connecticut.

While at Elon University, McDermott was a member of the Sigma Pi fraternity. That fraternity has been accused of extreme hazing activities in the recent years.

4. His Parents Are Retired Philanthropists Living in a Wealthy Florida Community

McDermott is the son of Richard and Laura McDermott. His parents are retired and living in the wealthy Florida community of Vero Beach.

For 25 years, Richard McDermott was the CEO of Chapdelaine & Co, a New York City bond brokerage firm.
The McDermott family was based in Greenwich, Connecticut.

In November 1994, the New York Times reported that Richard McDermott was appointed vice chairman of the National Association of Securities Dealers.

Photos on Richard and Laura McDermott’s Facebook page shows them vacationing in Tuscany, Marbella and on a glacier in Alaska. Richard McDermott, an Air Force veteran, writes on this Facebook page that he is “retired” and “happy.”

The couple is also life patrons of the Vero Beach Museum.

They were also featured in the March 2014 issue of Vero Beach magazine. The piece mentioned how they were downsizing their home because they were now “empty-nesters,” meaning their children are all grown up. The article says that their home was decorated with autographed photos of Richard McDermott’s favorite golfers.

5. A Judge Denied McDermott Bail Saying ‘a Sane Person Would Want to Flee the Country’

McDermott has pleaded not guilty to the numerous offenses, which number more than 200. DA Kleidman told a judge, according to the Post, “His family has lots of money and is living in a multimillion-dollar home in Florida.” The judge agreed saying, “a sane person would want to flee the country and I certainly think there is enough of a chance of that.”

He is facing charges of:

McDermott’s lawyer, James Pascarella, said, “My client has no prior criminal history and comes from a well to do family and has every intention of addressing these charges.” High-profile lawyer Pascarella has previously represented reputed mafiosi, Gambino camptain, Joseph ‘Joe the Blond’ Giordano.

This defendant is charged with exposing himself in public and possessing child pornography in Nassau County, and our investigation uncovered evidence of the horrific crimes charged by our Manhattan colleagues today.

District Attorney Vance and I share a commitment to bringing alleged predators like this defendant to justice, and our offices will continue to collaborate to keep our communities safe. 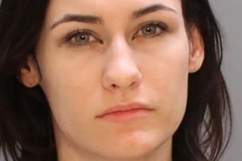 Loading more stories
wpDiscuz
32
0
Would love your thoughts, please comment.x
()
x
| Reply
A trust fund kid from Long Island has been accused of recording his sexual assaults and labeling the clips "rape" on his computer.