Gerald Michael “Mike” Bullinger is wanted by police as a person of interest in connection with three women found dead on his property in Idaho, Canyon County law enforcement have announced. A nationwide manhunt is underway as authorities say they have no idea where Bullinger is at this time. Bullinger was married for 10 years and also had a girlfriend for about two years. His girlfriend and her daughter had told friends they were moving to a new property in Idaho with him, a property which friends later learned he had recently purchased with his wife. Police recently identified one of the victims as Bullinger’s wife, and friends of the girlfriend and her daughter are worried that they were the other two victims.

1. Bullinger Was Last Seen in Ogden, Utah Around Mid-June, But a Recent Tip May Put Him in Salt Lake City

Police say Bullinger may be in white 2007 Ford Focus with Utah plate 129UMP. They've issued a warrant for failure to report a death. pic.twitter.com/8Rsf02qT8h

Deputy Chief Marv Dashiell said that Bullinger was last seen in Ogden, Utah around mid-June. He may be driving a white 2007 Ford Focus, license plate 129 UMP. Bullinger is 60 years old, 6-foot-1, and about 240 pounds. He has gray hair and brown eyes. He’s considered armed and dangerous.

Officials did receive a tip on June 28 that someone thought they saw Bullinger driving south on Interestate 15 near Salt Lake City, KIVITV reported. Others last week contacted law enforcement, thinking they saw him in Pocatello. All of these more recent sightings are still unconfirmed.

Bullinger was doing contract work in Idaho and had previously worked as a pilot for Classic Aviation Services in Utah, the Idaho Statesman reported. He’s also an aircraft instructor and loved being outdoors, working as a guide for hunters. He and his wife were going to participate in a Valkyrie Riders rally in Montana on June 26.

Bullinger is considered armed and dangerous, authorities have said. Anyone who sees him should not approach him, but contact law enforcement. If you see him, call 911 or 208-454-7531. 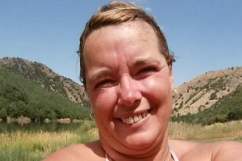 2. Three Women Were Found Dead of Gunshot Wounds Just Outside His Home 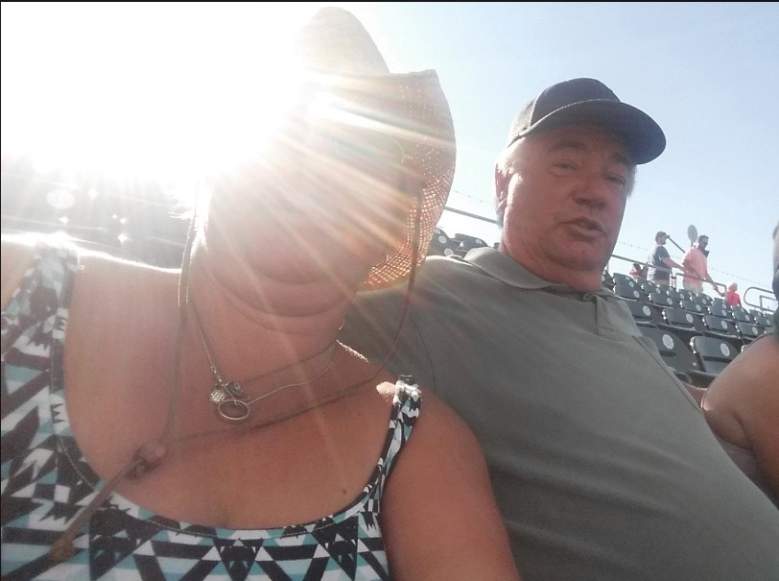 The three bodies were found covered in a shed just outside the house at 216 S. KCID Road in Caldwell, Idaho, Dashiell said. The women were discovered after Bullinger’s son called to request a welfare check, Idaho Statesman reported.

The three women each died of a single gunshot wound, and may have died one to two weeks ago. The victims were female, ranging in age from a teenager to mid-50s. Their descriptions matched descriptions of three women connected to the property and the women were not all related, Dashiell said. Dead animals, including dogs and birds, were also found on the property.

Authorities later announced that one of the three women was identified as Bullinger’s wife, Cheryl Baker.

Bullinger owned the property with his wife. It had just been transferred to them on May 3, Idaho Press reported. 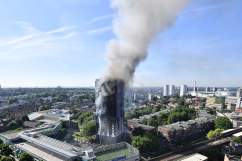 3. A Felony Nationwide Warrant Was Issued for Bullinger for Failure to Report a Death

One neighbor told the Idaho Press that she heard screams near the property in the middle of the night around June 10. But when the noise stopped, she wasn’t sure if she really heard screaming and decided not to call the police. She thought a neighbor who was closer would call if it was something serious. It’s not known if what she heard was connected to the women’s deaths. 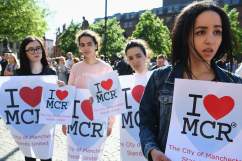 4. Bullinger’s Wife Was Identified as One of the Three Women Who Were Killed, And She May Have Shown Up at the Home to Surprise Bullinger

This Facebook page shared that a wife, girlfriend, and girlfriend’s daughter were shot. This has not been confirmed by police. (Facebook/Locate the Missing)

Bullinger’s wife, 57-year-old Cheryl Baker, was identified as one of the three women killed on the property, Idaho Statesman reported.

Daily Mail reported that she may have driven five hours to their new home in Idaho weeks earlier than planned, in order to surprise her husband. Byron Baker, Cheryl’s brother, said that one of Cheryl’s friends had told him about her plans. She was supposed to stay in Ogden and sell their house while he fixed up the home in Idaho.

Byron had been worried about his sister from the beginning, he told the Idaho Statesman. Cheryl and Michael were selling a home in Ogden, Utah and moving to their new home in Caldwell, Idaho. Byron said he had no idea who else might have been at the property, and the rumors he had been hearing only brought more questions.

Byron said that one of her friends received a strange text message from Cheryl shortly before she disappeared. The text read: “Take care of my dogs. I don’t know if I’m coming back.” He didn’t think it was serious, assuming the couple was going on a long backpacking trip like they sometimes did. He said he hasn’t heard from his sister since she sent the text, but he thought Bullinger and his sister were happily married. They have been married for about 10 years. After a rafting trip last year, he said his sister was glowing and talking about how well they got along. “They were just peas in a pod,” he said.

Byron told Daily Mail that his sister didn’t know about Bullinger’s girlfriend. He said Bullinger was a contract pilot who often traveled for weeks at a time, and they would see each other in between his jobs. He said he had no idea what Bullinger’s plan might have been or why he was moving both women to Idaho.

Cheryl retired just this year from a job as an art teacher at GreenWood Charter School in Harrisville, Utah. She had previously worked for the Utah School for the Deaf and Blind. In 2011, she was awarded Teacher of the Year from the University of Utah College of Education.

Cheryl’s friend, teacher Jaime Drake, told Daily Mail: “She thought her husband was living in a trailer on the farm fixing the place up by himself. She didn’t know this other woman and her daughter was with him. She had no clue he was having an affair, not one suspicion. They seemed happily married, she never spoke bad of him, yes he was away all the time with his work, but that’s something she accepted.”

5. Friends Say That Bullinger’s Girlfriend and Her Daughter Are Also Missing 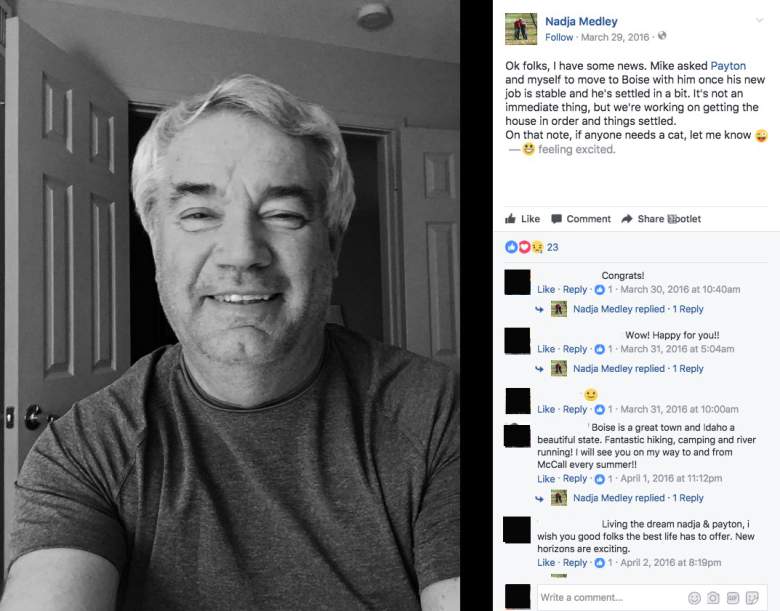 From reports from friends, it appears that Bullinger also had a girlfriend, in addition to his wife. Now friends have said that Nadja Medley, 48, and her daughter, Payton Medley, are also missing. Authorities have not identified the other two victims yet and have not commented on friends’ concerns about the two women.

Although Nadja never mentioned Bullinger’s last name in her status updates, she did frequently share happy posts on Facebook showing her, her daughter, and “Mike” together. She lived in Ogden, and she wrote online that her boyfriend had asked her and her daughter to move to Idaho to be with him once he got a more secure job. She later posted about moving to a new home in Boise in May.

KTVB reported that Nadja’s friends are worried about Nadja and her daughter. They said the two had just moved to 216 KCID Road to be with him. Michelle Holbrook, a friend of Nadja’s and Payton’s for years, told KTVB that Bullinger and Nadja had been dating for more than two years. Nadja is a massage therapist and immigrant from Germany. She said they seemed to have a wonderful relationship and Bullinger treated the two like princesses. She’s worried that he might also be the victim of foul play.

Payton’s best friend, Bethany Cagle, told KTVB that Payton went silent around June 8, the same time Nadja also stopped posting online. She said she kept texting the two and never heard anything back. Payton hasn’t reached out to any of her friends. Cagle said the whole thing was shocking because Bullinger was just a normal person who treated Payton like his own daughter. Payton called him Dad.

Holbrook said that she didn’t think anyone else was living at the house with Payton, Nadja, and Bullinger.

This story will be updated when more information is available. 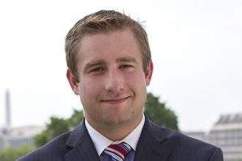 Loading more stories
wpDiscuz
11
0
Would love your thoughts, please comment.x
()
x
| Reply
A nationwide manhunt has been issued for Michael "Mike" Bullinger, after three women were found dead on his property.