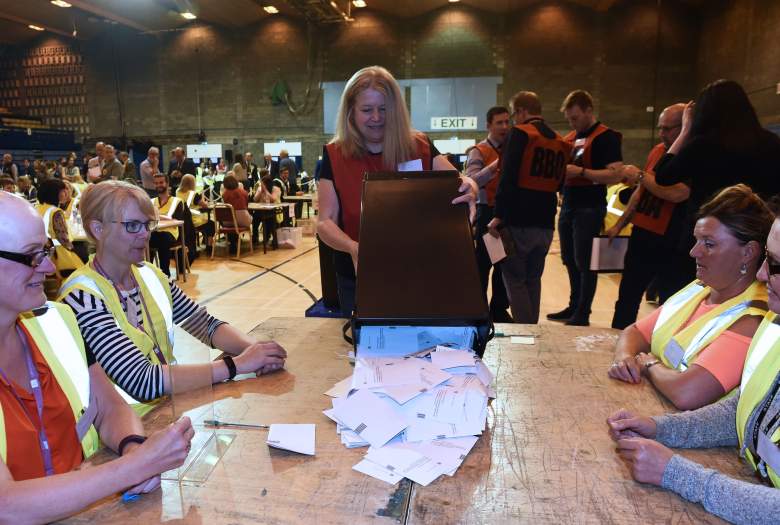 The U.K. General Election seemed like a slam-dunk for the Conservative Party to continue its sovereignty in the House of Commons.

But with polling stations closed and votes continuing to be tallied, it’s looking more and more like no party will achieve the seats needed to win a General Election outright.

The Labour Party, led by Jeremy Corbyn has shown unprecedented margins on the Conservative Party and its leader Prime Minister Theresa May. It’s safe to say that comes as a shock to many.

Exit polls in the race indicated that it would be extremely tight until the end. May and the Conservative Party is now anticipated to lose 17 seats in Parliament while the Labour Party is expected to gain 34 seats. That means that the U.K. may be headed toward a hung Parliament.

May and the Conservatives could be destined to lose the General Election because no party won enough seats to hold a majority. There are 650 seats in the House, so for one party to win outright, it needs to win 326 seats.

Projections have shown that Conservatives will end the election with 314 seats — leaving them short of the mark.

So what is a hung Parliament and what would that do the the government?

What Is a ‘Hung Parliament?’

With a hung Parliament, May would remain in office until it’s determined which party will try and form a new government. The way that it’s decided who would create the new government goes as follows.

According to the Cabinet Manuel, an incumbent government — which is the Conservative Party — would resign from its role “if it becomes clear that it is likely to be able to command that confidence and there is a clear alternative.”

What that means is that the Labour Party could challenge May to resign by a certain date if a majority of MPs in the House would reject her Queen’s Speech. The Queen’s Speech is a statement that a Prime Minister from the sovereign party reads to open a new session of Parliament.

If that were to happen, a majority of those MPs in the House of Commons would support Corbyn as its new Prime Minister.

Of course, it seems unlikely that May would resign. But if she did, Corbyn would be the person tasked to form a government.

If those options don’t happen, then Parliament could be in danger of being dissolved and another election would be called.

A hung Parliament continues to look like a real possibility, and it’s an extremely rare occurrence. The last time it happened was in 2010, and before that was in 1974.

In 2010, the Conservative Party and Prime Minister David Cameron formed a “coalition” with members of the Liberal Democrat party to work out a fixed-term Parliament for five years.

Why Is There a General Election This Year?

The next General Election in the U.K. wasn’t due until May 7, 2020. But May called for a snap election, meaning an early election would be had.

It’s not an uncommon move in Britain, and it was approved by a two-thirds majority vote (522-13) in the House on April 19.

As The Washington Post reported, May decided to do so because she thinks that those from opposition parties are trying to stop her effort to leave the European Union, as was voted on June 23, 2016.

The Conservative Party’s majority in the House was slim before the election, so May sensed an opportunity to make Brexit legislation easier to pass.

Read More
Parliament, Politics, Theresa May, UK
It seems as if the General Election in the U.K. is headed to a close finish and a hung Parliament. What would happen with a "hung Parliament?"