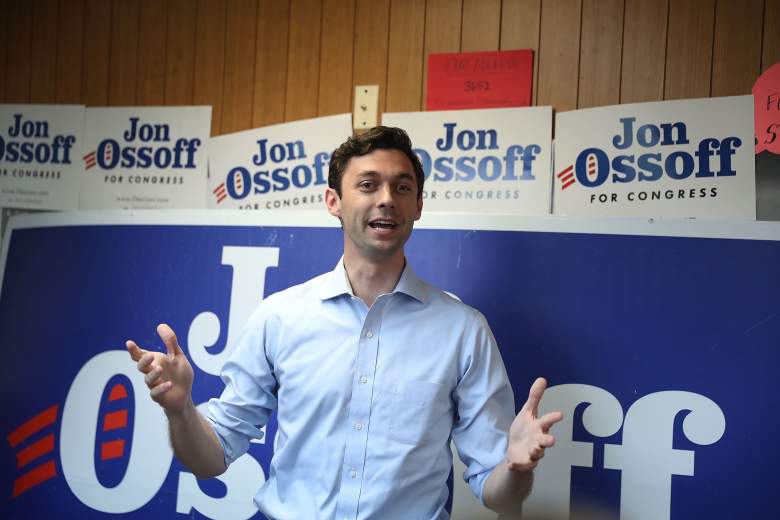 Jon Ossoff speaks as he visits a campaign office to thank volunteers on June 18, 2017 in Chamblee, Georgia. (Getty)

Jon Ossoff may become the newest member of Congress today.

The 30-year-old Democrat is facing Republican Karen Handel on Tuesday in Georgia’s 6th district special election; the winner of this election will be replacing Tom Price, who resigned in order to become secretary of Health and Human Services. Georgia’s 6th district has not had a Democratic representative since 1979, so an Ossoff victory would have major nationwide implications and would no doubt be seen as a reaction to the Trump administration.

So who is Jon Ossoff, the young Democrat who may be elected to Congress today? Outside of the realm of politics, here’s what you need to know about Ossoff’s family. 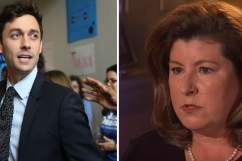 1. His Mother is Heather Fenton, Co-Founder of a Political Action Committee

Jon Ossoff’s mother is Heather Fenton, and she is the founder of the political action committee New Power PAC.

According to the group’s website, New Power PAC was founded in 2013 by a group of women who were appalled by the low number of females in political office in the state of Georgia.

“Our research revealed a major factor: district gerrymandering,” their website states. “We decided to overcome that obstacle and achieve a critical mass of diverse women in the legislature and other offices.”

New Power PAC has the goal of recruiting, training, endorsing, and financially supporting women candidates. Heather Fenton is the co-founder and still serves as a board member, although the president of New Power PAC is Carole Angel and the vice president is Debra DeBerry.

2. His Father Owns a Publishing Company 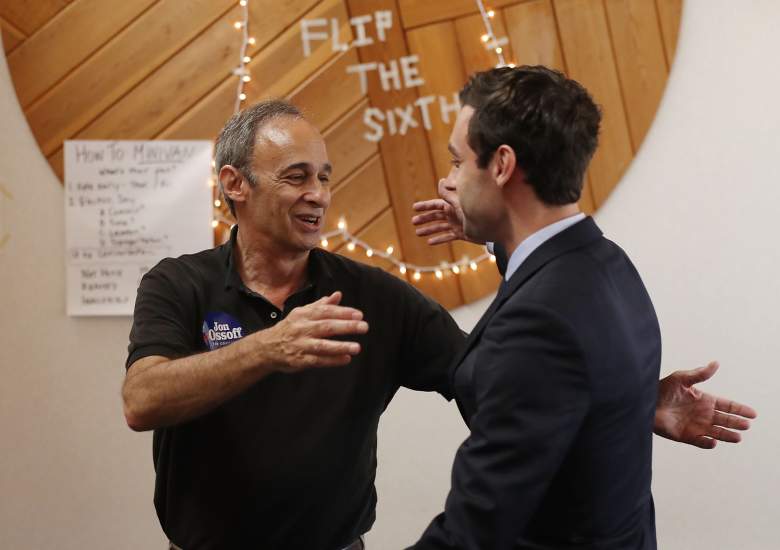 According to Mequoda, Richard previously worked for McKinsey & Company before deciding to try entrepreneurship and form his own business. Strafford started as a newsletter publishing company, and while they still publish newsletters, they now focus on webinar-based education programming for lawyers, accountants and tax executes.

Richard Ossoff went to college at Franklin & Marshall College in Lancaster, Pennsylvania, earning a B.A. in government and then getting an M.B.A. from Harvard Business School. Richard told Mequoda that he was interested in airplanes but after a conservation with a professor decided that this was taking away from his studies.

“One moment does stand out,” Richard Ossoff said. “It derived from a conversation with a professor I’d gotten to know very well who persuaded me, during the first semester of my junior year, that my total focus on flying airplanes (and working full-time to raise money to continue accumulating ratings), combined with being on academic probation with a 0.75 cumulative average, was probably not the best path to be following. He was right, and I changed course.”

According to Open Secrets, Richard Ossoff has donated to his son’s campaign, but he has also donated to other Democratic candidates like Hillary Clinton, Barack Obama Russ Feingold, and Jon Lewis. 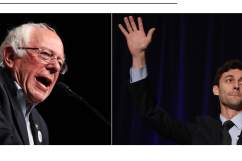 3. His Mother Is an Australian Immigrant & His Father Is of Russian-Lithuanian Descent 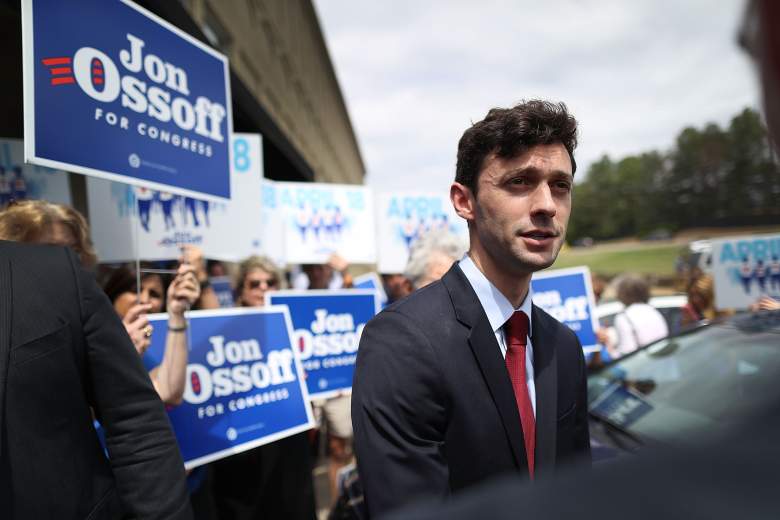 Jon Ossoff speaks to the media during a visit to a campaign office on April 17 in Marietta, Georgia. (Getty)

According to The New Yorker, Jon Ossoff’s mother, Heather, is an Australian immigrant.

In addition, Heather’s dad served during World War II; he was a twice-captured Australian infantryman who fought in the Mediterranean, according to the Jon Ossoff campaign website.

Jon Ossoff’s father, Richard, grew up in Massachusetts, but he is of Russian-Lithuanian descent. According to Jon Ossoff’s campaign website, Richard’s father was an American bombardier in the Pacific during World War II.

4. He Was Raised in Northlake, Georgia 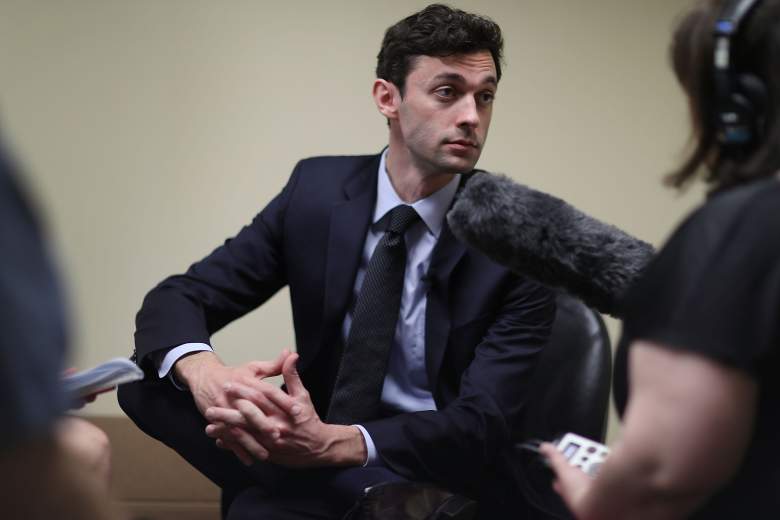 Jon Ossoff was born in Atlanta, Georgia, but he was raised in Northlake.

Democrat Jon Ossoff, who wants to raise your taxes to the highest level and is weak on crime and security, doesn't even live in district.

It’s true that Ossoff currently lives outside of the 6th congressional district. However, he has said that he’s prepared to represent the district, knowing it well because he grew up in it. 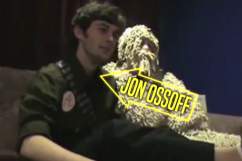 5. He’s Engaged to To His Longtime Girlfriend 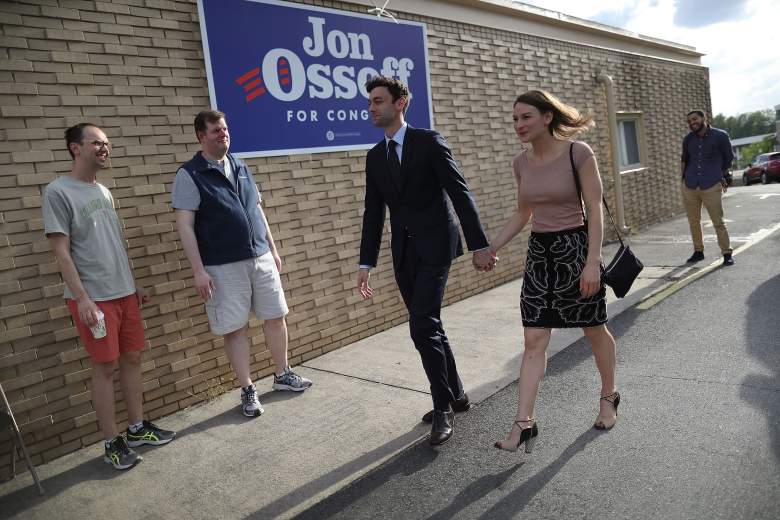 Jon Ossoff and his girlfriend, Alisha Kramer, on April 15, 2017 in Atlanta, Georgia. (Getty)

Jon Ossoff is currently engaged to be married.

Ossoff’s campaign announced his engagement to Alisha Kramer back in early May, at the height of the Georgia 6th district congressional election. However, the campaign said in a statement that the two were planning on getting married for a while.

“They’d been planning to get engaged for some time,” the campaign said in a statement. “They’ve been together 12 years and were students together at Georgetown University.”

Alisha Kramer is currently a student at Emory University. This is why Jon lives outside of the 6th congressional district; he moved to live with his girlfriend while she finishes her studies, and he says that he’s proud to be supporting her career.

“I’m a mile and a half down the street to support Alicia while she finishes medical school. It’s something I’ve been very transparent about,” he told CNN. “In fact, I’m proud to be supporting her career. As soon as she finishes her medical training, I’ll be 10 minutes back up the road into the district where I grew up.”

Read More
Georgia, Politics
Jon Ossoff may become the newest member of Congress today following the Georgia 6th district special election. Here's what you need to know about his family.