Right-wing journalist/activist Laura Loomer stormed the stage in protest during a performance of the controversial play “Julius Caesar” on Friday.

The play tells the story of modern day Julius Caesar, and a Trump look-alike ends up getting assassinated. It’s part of the annual Shakespeare in the Park series and the depiction of the president has drawn much criticism.

The Shakespeare in the Park crowd in New York City proceeded to boo Loomer heavily as she got escorted off stage by security. The at the theater erupted in applause, but the protest didn’t end there.

Watch the video from Loomer’s perspective below:

As Loomer was being taken out of the theater, a fellow right-wing activist named Jack Posobiec stands and screams at the crowd: “You are all Goebbels. You are all Nazis like Joseph Goebbels…you are inciting terrorists. The blood of Steve Scalise is on your hands.”

Posobiec is removed by security and also received heavy boos from the crowd.

Watch a video of that incident below:

A tweet from Posobiec said that Loomer was arrested and charged with trespassing.

Update: @LauraLoomer charged with trespassing. Will likely be out in an hour or two after processing #FreeLaura

The setting of the play involves much unrest and political upheaval in the “Roman Empire” America. Caesar is presented as Trump, and ultimately his life comes to an and after a conspiracy by a group of Roman senators. They stab Caesar to death, and he’s left bloodied on the floor.

The assassination has garnered much controversy since it debuted. Some think they play is OK to be performed because of free speech. Others think that the play goes too far and incites violence.

Donald Trump Jr. questioned how much of the play is funded by taxpayers.

I wonder how much of this "art" is funded by taxpayers? Serious question, when does "art" become political speech & does that change things? https://t.co/JfOmLLBJCn

Last week, Delta Air Lines and Bank of America said that they would no longer be sponsors of New York’s Public Theater for allowing the play to be shown there. 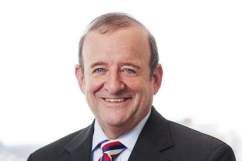 Loading more stories
wpDiscuz
20
0
Would love your thoughts, please comment.x
()
x
| Reply
Right-wing journalist/activist Laura Loomer stormed the stage and protested during a performance of 'Julius Caesar' at Shakespeare in the Park in NYC.