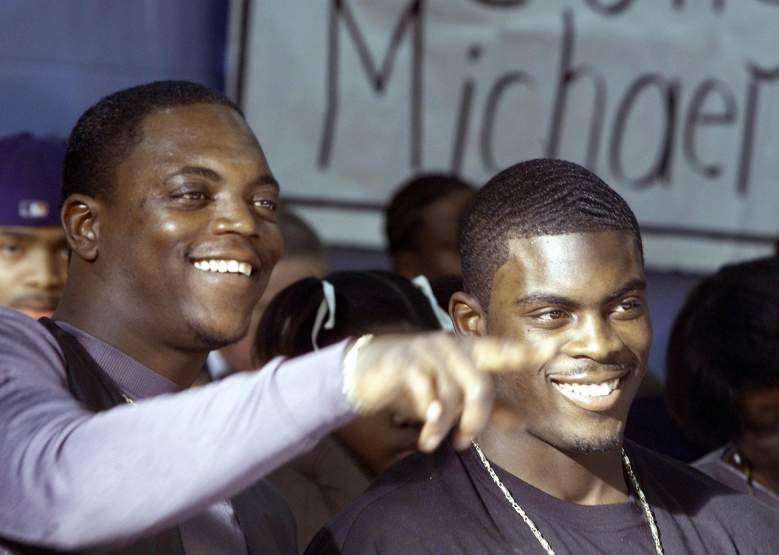 Michael Boddie, father of former NFL superstar Michael Vick, is one of twelve people indicted for large-scale heroin distribution in Hampton Roads, VA. Seven of the twelve people have made initial appearances Wednesday in U.S. District Court in Norfolk, on June 21, 2017.

Boddie was taken into custody on June 22, 2017. He was assigned a court-appointed attorney and was ordered held without bond until a detention hearing Monday, June 26 in U.S District Court in Newport News, according to The Pilot.

Boddie and his sons, Michael and Marcus Vick, have had numerous run-ins with the law over the years.

Here’s what you need to know about Boddie:

1. Boddie Has Been Charged With Dealing Heroin & Money Laundering 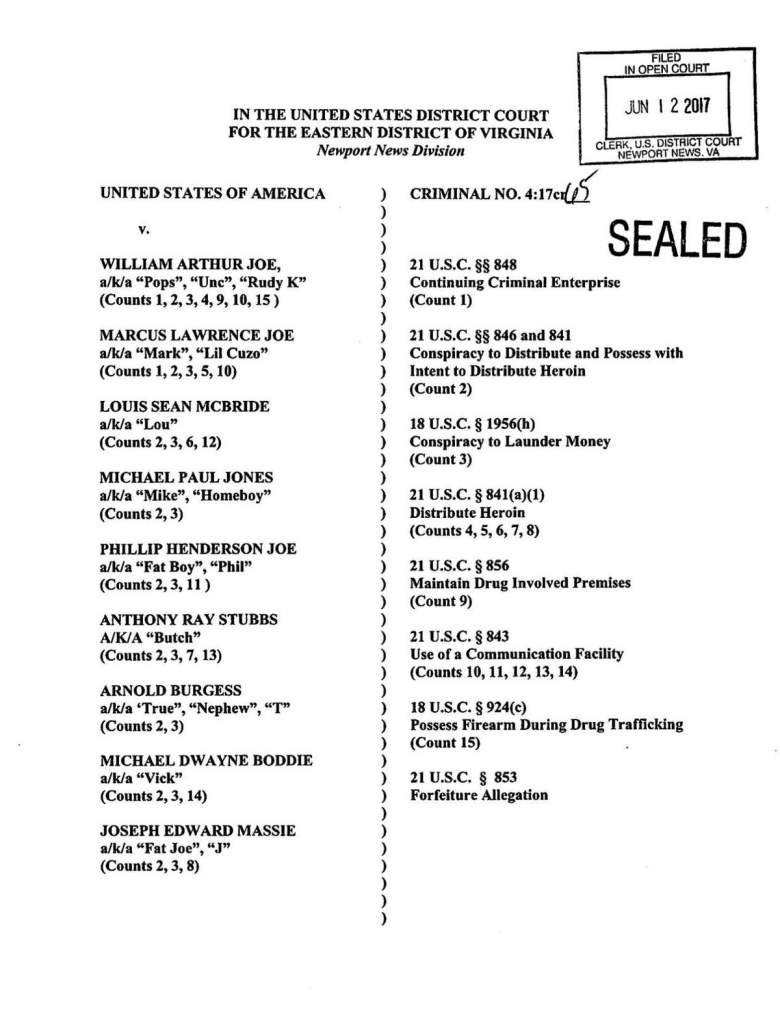 An indictment was unsealed Wednesday, June 21, charging 12 people, including Boddie, in connection with a large-scale heroin distribution in Hampton Roads, according to ABC13. Boddie, 55, was charged with dealing heroin and money laundering.

Accorinding to ABC13, the group allegedly conspired to distribute and possess with intent to distribute 1,000 grams or more of heroin between 2014 and 2017. Additional charges include money laundering, maintain drug involved premises, use of a communication facility, and possession of a firearm during drug trafficking.

Prosecutors said the investigation was conducted by U.S. Immigration and Customs Enforcement Homeland Security division, according to The Viginia-Pilot.

According to The Virginia-Pilot, Boddie has a felony conviction for cocaine-possession in 2012.

Boddie and Vick have used the same lawyer, Lawrence Woodward Jr. Woodward Jr. serves as Vick’s personal attorney and has repeatedly represented Boddie in legal matters, including the cocaine-possesion, according to The Pilot.

In a 2007 interview with The Washington Post, Boddie said that he has struggled with alcohol and drugs.

In 2007, Michael Vick formally accepted a plea agreement from the federal government, pleading guilty to a felony charge stemming from a dog fighting ring run from a property he owned. Vick admitted to funding the operation and the gambling associated with it and to being complicit in the killing of at least six dogs that underperformed, according to The New York Times.

Vick served 19 months in prison and served another two months in home confinement, according to ESPN. He then served three years of probation. Vick, who did not play in the NFL in 2016, officially announced his retirement in February, 2017.

3. Boddie Said He Tried to Warn Vick About Dog Fighting 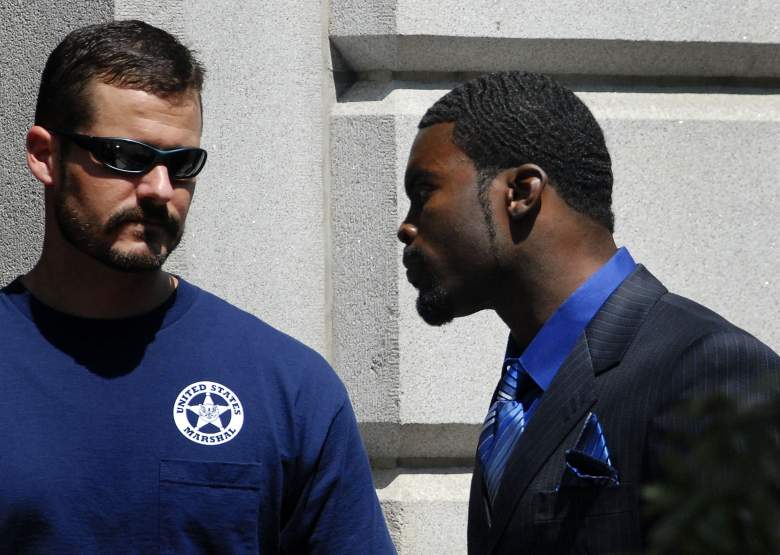 In an 2007 interview with The Washington Post, Boddie said Vick’s “fascination with animals” started at an early age, when Vick would let a dog loose every so often to watch it chase a cat around.

Boddie told the Post that he was dismissed by Vick when he tried to convince Vick that being involved with dogfighting was potentially harmful to his career.

Boddie also said in the interview that their relationship was strained and that Vick was no longer speaking to him.

“Nobody dragged him,” said Boddie of his son. “My son has a fascination with animals…The big thing with little boys, get a dog and sic ’em on the cats. That’s what they do for fun..Yeah, (Vick) did that as a kid. Every little boy in the projects did that. It’s a fascination thing. That’s just part of his culture growing up.”

Boddie and Vick’s mother, Brenda, had Michael when they were unmarried teenagers. They had four children together and eventually married when Michael was young. The boys decided to keep their mother’s maiden name, Vick. Brenda mother worked two jobs in order to help support the family

Boddie worked long hours in the shipyards as a sandblaster and spray-painter. Boddie’s job required him to be away a lot, but he still is credited for teaching Michael how to play football. The family grew up in the Ridley Circle Homes, a public housing project in a financially depressed and crime-ridden neighborhood. 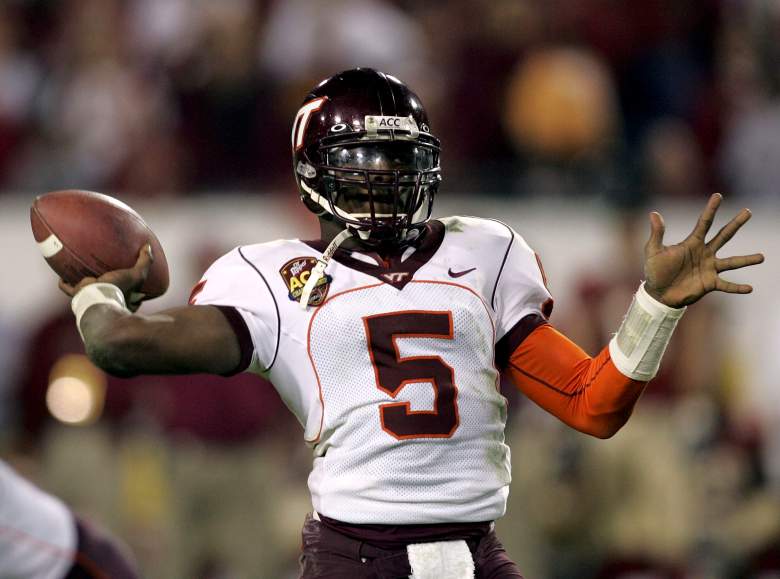 Boddie’s son, Marcus, was also a stand-out football player at Virginia Tech. Marcus was suspended during the 2004 season due to numerous criminal convictions. He declared himself eligible for the NFL spring draft in 2006, but went undrafted. He was later signed by the Miami Dolphins, but was released in 2007.

On April 5, 2016, Marcus was charged with assaulting a police officer who was arresting him on a contempt charge. On July 11, Vick pleaded guilty to resisting arrest and was ordered to serve one month in jail.

On October 8, 2016, Vick was arrested on drug possession charges. The 32-year-old Vick was charged with one count of possession or a schedule I or II drug following a search of his apartment, according to The Virginia Pilot.