A man and child stand in the Yangtze River in Wuhan, in central China’s Hubei province on August 3, 2015. (WANG ZHAO/AFP/Getty Images)

Are you a single father or were you raised by one? Here are inspirational quotes for the strong, proud men who are champions of fatherhood.

Modern Father’s Day celebrations started in the early 20th century in the United States, but the idea of celebrating fathers can be traced to the Middle Ages with St. Joseph’s Day.

Here are the best quotes about single dads:

1. “Any man can be a Father, but it takes someone special to be a dad.” – Anne Geddes, Australian-born photographer

2. “Every father should remember that one day his son will follow his example instead of his advice.” – Charles F. Kettering, American inventor, engineer, businessman

3. “A truly rich man is one whose children run into his arms when his hands are empty.” – Unknown

4. “When I was a boy of fourteen, my father was so ignorant I could hardly stand to have the old man around. But when I got to be twenty-one, I was astonished by how much he'd learned in seven years.” – Sam Clemens, AKA "Mark Twain"

5. “It is much easier to become a father than to be one.” – Kent Nerburn, American author

6. “I cannot think of any need in childhood as strong as the need for a father’s protection.” – Sigmund Freud, Austrian neurologist

7. “My father gave me the greatest gift anyone could give another person: He believed in me.” – Jim Valvano, American college basketball player, coach, and broadcaster

8. “You will find that if you really try to be a father, your child will meet you halfway.” – Robert Brault, author

9. “My father didn’t tell me how to live; he lived, and let me watch him do it.” – Clarence Budington Kelland, American writer 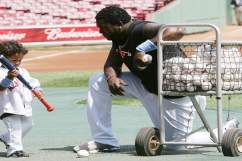 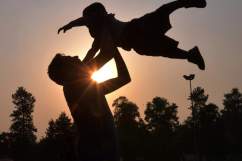 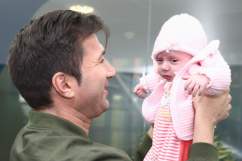 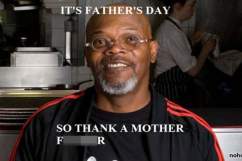 Read More
Father's Day, Inspirational, Inspirational Quotes
Are you a single father or were you raised by one? Here are inspirational quotes for the strong, proud men who are champions of fatherhood.