.@CGasparino Charlie we @arthurschwartz are @huntandfishnyc and you are not!!! Love you. Happy New Year!!!! pic.twitter.com/m9C7W7imc4

A friend of Anthony Scaramucci, who once worked for a top New York public relations firm, has apologized after attacking Reince Priebus on Twitter, including threatening to leak information about the former White House chief of staff’s alleged mistress.

Arthur Schwartz, who has said he does not work for Scaramucci and was not speaking for him, deleted the tweets Sunday morning.

He later deleted the tweet, which was in response to an article by the Huffington Post’s Vicky Ward titled, “Here’s the real reason Anthony Scaramucci hates Reince Priebus.” According to the report, Priebus warned President Trump not to hire Scaramucci because he thought the buyers of Scaramucci’s shares in SkyBridge Capital overpaid in order to get access to Trump.

Schwartz told the New York Daily News it was a mistake to claim that Priebus, who is married and has children, has a mistress.

“It’s just rumors that have been going around for a while,” Schwartz told the newspaper. “I wasn’t expecting anybody to pick up on it…It was a mistake and I regret it and I apologize to Reince.”

He initially declined to delete the tweet, telling the Daily News it would make the story “go 19 times more intense,” but he then took it down anyway. 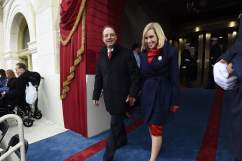 2. He Also Said He Was the One Trashing Reince in the Press & Said He Would Be ‘Happy to Start Again’

In another Sunday morning tweet, Schwartz said he was ready to go back on the offensive for his friend Scaramucci against Priebus if necessary, admitting to being someone who was speaking to the media against Reince previously.

“Hey @Reince. Remember when people told you that it was me that was trashing you in the press? They were right. Happy to start again,” he said in the now-deleted tweet.

But Schwartz also said his attacks on Priebus during the White House feud between him and Scaramucci were not done on the new White House communications director’s behalf.

Schwartz said on Twitter that when Scaramucci found out he’d been talking to the press about Priebus, he “called to yell at me & told me to cut it out.”

He added, “He didn’t have to ask (for the attacks). That’s what friends are for.

3. Schwartz Apologized for His Tweets & Said Priebus Accepted His Apology

Along with deleting the tweets, Schwartz has apologized on Twitter to Priebus.

“I deleted my tweets re @Reince & apologized to him. Pretty sure he’s not accepting my apology. Can’t blame him. I’m ashamed of what I said,” Schwartz wrote.

He later said Priebus did accept his apology.

“.@Reince is a better man than me; he accepted my apology. I did something stupid and I’m embarrassed. Keep the hits coming – I deserve it.”

In another tweet, he said he, ” I embarrassed myself & people that are associated w/ me. Apologized to both RP & Jake, but I still did what I did. I own that.”

Schwartz said he also apologized to CNN’s Jake Tapper, who he engaged with in a heated back-and-forth on Twitter Sunday morning after Tapper called attention to Schwartz’s Priebus tweets and claimed Schwartz was a “publicist” for Scaramucci.

Tapper later tweeted Sunday morning that a source close to Priebus said Schwartz has not spoken to him.

Source close to @reince says he never spoke with @Schwartz and has neither heard nor accepted any apology from him. https://t.co/jzPkXn3rim

4. He Says He Is Only Scaramucci’s Friend, Despite Being Called His Spokesman & His Rep in Multiple News Reports

Arthur Schwartz says he is only Scaramucci’s friend, not his publicist.

Schwartz said on Twitter that he is only Scaramucci’s friend and does not work for him. He said he is not Scaramucci’s publicist, spokesman or representative.

But Schwartz has been called Scaramucci’s spokesman and rep in multiple news reports recently.

He was also quoted in a July 21, 2017, article in the New York Post about Scaramucci, and was called a “GOP operative”

On Sunday, Schwartz tweeted, “I’m a friend of his. Don’t cite fake news sources saying that I’m his publicist.”

Scaramucci tweeted a shoutout to his friend last year, saying he always passes the “foxhole test”:

Many thanks to @ArthurSchwartz and @CGasparino who always pass the foxhole test. See you boys at Rao's tonight.

Schwartz has often come to Scaramucci’s aid on Twitter, including after CNN retracted a Russia-related story about his friend.

You published a hit job on @Scaramucci on the word of a @SenWarren staffer (egged on by a @SenKamalaHarris staffer). Good luck w/ this, pal. https://t.co/fvOWH16k7p

.@mmfa takes a shot at @WSJ & @Scaramucci. Anthony is a man of honor & integrity; @davidbrockdc is, well, read this: https://t.co/CLUyd4a5gV

Along with Scaramucci, Schwartz, a staunch Republican, has other ties to the White House. He is an external advisor to the Zionist Organization of America, which is run by Mort Klein, who is a close friend of Steve Bannon, according to Axios.

Schwartz met with Trump in January 2017, during the transition, along with Bayer AG CEO Werner Baumann and Monsato CEO Hugh Grant at Trump Tower, according to Fox Business. Investment banker Michael Kramer of Ducera Partners was also at the meeting.

He has previously worked for ex-AIG CEO Maurice Greenberg, who also met privately with Trump during the transition, according to the New York Post. 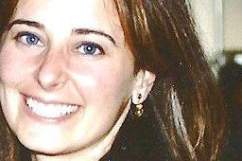 5. Schwartz Worked for MWW, a Top Public Relations Firm, Before Resigning in 2015 When They Hired Anthony Weiner

In unrelated news, @GovernorPataki is a man of honor and integrity, and you’re . . . well, you’re @anthonyweiner No explanation necessary

According to the New York Post, Schwartz was one of the few Republicans at a Democratic-leaning firm, and grew frustrated as Weiner continued to attack Republicans on Twitter. Schwartz responded on Twitter to one of those Weiner tweets, saying, “In unrelated news, @GovernorPataki is a man of honor and integrity, and you’re . . . well, you’re @anthonyweiner No explanation necessary,” after Weiner attacked former New York Governor George Pataki.

“This is a direct reaction from Arthur’s business associates being uncomfortable with Anthony Weiner,” O’Brien Murray, a consultant and Schwartz associate told the Post. “Corporations don’t want the image of working with a firm that is affiliated with Anthony Weiner.”

Schwartz was hired by MWW in October 2014 as senior vice president and managing director, according to a press release from the firm:

Schwartz, who will be based in the New York office, brings extensive experience advising clients in highly regulated industries. Schwartz has worked with and advised Republicans at the state and federal level, and brings to MWW relationships with some of the most influential members of the GOP. In his new role, Schwartz will be in charge of strategic consulting and communications, government affairs, crisis management and litigation strategy for MWW’s corporate clients.

Schwartz previously was a special strategic advisor to Maurice Greenberg, “where he advised the CEO on all aspects of strategic communications, political activities, government affairs, lobbying and crisis management.”

He was also a name partner at a Washington, D.C.-based consulting firm “advising professional services corporations on matters involving their strategic growth and expansion.”

He graduated from SUNY-Albany and the Benjamin N. Cardozo School of Law at Yeshiva University.

Loading more stories
wpDiscuz
3
0
Would love your thoughts, please comment.x
()
x
| Reply
Arthur Schwartz, Anthony Scaramucci's friend, has apologized after attacking Reince Priebus on Twitter, including accusing him of having a mistress.