Floyd Galloway, Jr. has previously been named as a person of interest in the Danielle Stislicki case. On Wednesday morning, authorities began searching Hines Park in Livonia, Michigan, in hopes of finding Stislicki or perhaps some clues to help locate her.

Anyone with any information about 28-year-old Danielle Stislicki is asked to contact the Farmington Hills Police Department at (248) 871-2610.

Here is what you need to know about Galloway:

1. Galloway Is Currently in Jail

Galloway, 30, is the primary suspect in an attack on a female jogger in Livonia. Authorities say that the Stislicki investigation led them to connect Galloway to this other case.

On June 28, 2017, Galloway was arraigned at 16th District Court in Livonia “on charges of kidnapping, criminal sexual conduct-assault with intent to commit sexual penetration and assault with intent to do great bodily harm less than murder by strangulation,” the Detroit News reports. He is being held on a $750,000 bond and is due back in court on August 1.

“The woman told Livonia police a man wrapped his arm around her neck, struck the side of her face and attempted to drag her down an embankment along the Rouge River, where he removed her clothes and attempted to have sex with her, according to a police statement. The victim was able to fight her attacker off and the man ran away on foot, Livonia police said,” reports MLive.

Galloway has a relatively clean criminal past. He was charged with OUI in 2008 and was sentenced to six months probation, according to Click On Detroit.

2. Galloway Was a Security Guard at the MetLife Building Where Stislicki Worked

Galloway had met Stislicki and her mother, Anne Stislicki, as both women worked at the MetLife building where Galloway worked as a security guard.

“Floyd would watch many folks who would work late at night. Would watch you walk to your car to make sure you were OK,” Anne Stislicki told the media after her daughter’s sudden disappearance. She added that Galloway had always been nice to her and that he was very professional.

3. Galloway’s Home Was Searched by Police

Hey @sarahjpollack remember when I was pretty dang stylish wearing my raincoat in the rain, even if it was a sprinkle?! Either way, Happy #humpday everybody!! ? ?

Galloway was questioned by police after they discovered that he met Stislicki at work. Only named as a “person of interest,” Galloway has been questioned by authorities, but he has not been charged with any crimes in connection to Stislicki’s disappearance.

According to WXYZ Detroit, police obtained a search warrant and entered Galloway’s home, looking for possible evidence in the case. His mattress and some floorboards were removed from the home, but it’s unclear why or if there was anything found after they were tested.

“Police said they’ve talked to Galloway about Danielle Stislicki’s disappearance, conducted more than 60 search warrants and plan to do more searches in the near future,” Click On Detroit reported last month.

4. News That Galloway Had Been Arrested Surprised Those Who Knew Him

Galloway was described as a quiet kid by those that knew him growing up. He played sports at Shrine High School in Royal Oak and wasn’t one to get into any kind of trouble. In fact, when his picture appeared on television and word of his arrest got out, some people had a hard time believing it.

“At first I didn’t believe it because it didn’t sound like him. I’m just hoping that he can clear the air for himself, as far as what actually happened,” Galloway’s sister-in-law Elizabeth Rose Newton told the media. Newton’s sister is married to Galloway.

“I wanted him to marry my sister. That’s how likable he has been and that’s how loved he has been, but I guess we never really know anyone, apparently,” Newton told WXYZ.

One neighbor who didn’t want to be named was “shocked” to hear that Galloway had been named as a person of interest in the Stislicki case.

On Wednesday, July 19, police began searching Hines Park in Livonia, Michigan, hoping to find Stislicki or potential clues to help locate her. The FBI, Farmington Hills Police Department, and the Livonia Police Department along with K-9s have been combing through the dense grasses for a couple of hours now.

“Law enforcement authorities have expressed since day one that Danielle Stislicki was a victim of a crime. The facts of the case lead us to believe she is not alive. Several air, land, and water searches have been conducted at various places throughout the investigation. Hines Park is being searched as the result of a recent Livonia and Farmington Hills joint investigation,” Farmington Hills Police Chief Chuck Nebus said in a statement released on Wednesday.

Below is the press release in which Chief Nebus was quoted. 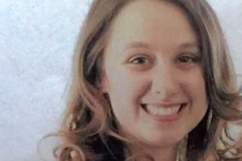 Loading more stories
wpDiscuz
2
0
Would love your thoughts, please comment.x
()
x
| Reply
Floyd Galloway Jr. is a person of interest in the Danielle Stislicki case. He is currently in jail in connection with a different case. Here is what you need to know about him.