BREAKING #ISIS threatens #France with this picture that indicates they want to attack on #Bastilleday in France. pic.twitter.com/ydlTAP0xLm

The Islamic State is encouraging its lone wolf operatives in France to carryout a Bastille Day attack on the anniversary of the Nice attacks and as President Donald Trump visits French President Emmanuel Macron in Paris. However, Trump has since tweeted that he is leaving Paris today to attend the U.S. Women’s Open in New Jersey this afternoon.

Left Paris for U.S.A. Will be heading to New Jersey and attending the#USWomensOpen, their most important tournament, this afternoon.

ISIS-affiliated social media accounts shared the above picture on social media. It shows fireworks surrounding the Eiffel Tower with Trump in the center. To his left, ISIS militants can be shown cheering above a bullet riddled white van.

The image of the white van comes from last year’s Bastille Day, when Mohamed Lahouaiej Bouhlel drove into Bastille Day celebrators in Nice on the Promenade des Anglais. The 31-year-old French-Tunisian attacker was responsible for killing 84 people by using ISIS encouraged terrorism tacts, such as driving into a crowded place with a secondary weapon.

According to CNN, 5 other people – four men and a woman – helped Bouhlel plan the attack.

The attack has been recreated numerous times in Europe since July 2016.

Most recently, England has been the brunt of ISIS’ insurgency. In early June, an attack carried out by ISIS sympathizers took place on London Bridge and in Borough Market. Two weeks later, people were shocked to learn that the culprit behind another car ramming was Darren Osborne, who carried out an attack on Muslims leaving Finsbury Park Mosque during Ramadan. 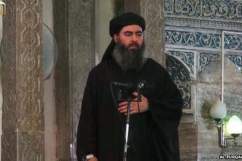