Islamic State “caliph” Abu Bakr al-Baghdadi is dead according to the Syrian Observatory for Human Rights. According to Channel 4 News foreign correspondent Jonathan Rugman, an ISIS militant named Abu Haitham al-Obeidi has claimed to be his successor.

Rumors of Baghdadi’s various “deaths” have circulated for years, but the latest comes from an unnamed source with Al Sumaria TV, who said that Baghdadi died in the Iraqi province of Nineveh.

His alleged successor, Obeidi, is reported to have claimed the title in the city of Hawija, north of Baghdad and located in the Kirkuk province of Iraq.

It’s still unclear if Baghdadi really is dead. While the announcement by the Syrian Observatory for Human Rights does add authority to the report, Baghdadi has been reported dead many times before.

Late last month, images alleged to be of the dead leader circulated online, released by an Iranian media outlet. However, the images were traced to those already circulating online in 2014 from the below video, when reports about another death of Baghdadi proved to be untrue.

In May, Russia claimed to have killed Baghdadi in an airstrike in Raqqa, Syria.

In January, the Popular Mobilization Forces intelligence claimed that Baghdadi may have been killed or injured in an airstrike west of Mosul, Iraq. This was proven false.

Baghdadi had been on the move since at least June 2016, when images shared online by the Kurdish People’s Protection Unit showed Baghdadi’s hastily evacuated, sprawling compound in Manbij, Syria, complete with a pool.

It was then reported by The Daily Mail that Baghdadi had fled to Mosul, which was recently declared free of ISIS by the Iraqi government.

2. Obeidi Is a Historic Arab Name

Just like the alleged deceased Baghdadi, Obeidi’s “nom de guerre” has historic value. His real name is not yet known.

Baghdadi was born Ibrahim Awad Ibrahim al-Badri. However, he chose his ISIS name to reflect where he got his higher education, Baghdad, reports Newsweek. “Abu Bakr” was the father-in-law of the Islamic prophet Muhammad, who created the first Caliph following Muhammad’s death.

Abu Haitham al-Obeidi means “Father of Young Eagle” and may be derived from Malik ibn al-Haytham al-Khuza’i, an important figure in the Abbasid Revolution which fought and defeated the Umayyad Caliphate of Iran shortly after the spread of Islam.

Obeidi, sometimes spelled “Obaidi,” is the name of a noble Arab tribe with populations in Iraq, Saudi Arabia, Kuwait, Syria, Libya and Tunisia.

3. ISIS Claims ‘Caliph’ Cannot Possibly Carryout All the Work of ‘the State’

In July 2016 video, Islamic State advised Baghdadi oversees the "caliphate," but "cannot personally carry out all of the work of the state." pic.twitter.com/nHsC9Pj9sC

In an ISIS propaganda video from July 2016, the Islamic State advised Baghdadi oversaw the “caliphate,” but couldn’t possibly carry out all of the work of “the state.”

The wording suggests that ISIS expects to have many such caliphs as they work to establish their dream of a world consisting only of Muslims.

The mentality oddly seems in line with the International Coalition for Operation Inherent Resolve, which is fighting ISIS.

With more rumors of ISIS leader al-Baghdadi's death, I decided to see if @CJTFOIR had any indications. This response made me LOL. pic.twitter.com/wb7lFu4EFD

After reporter Chad Garland inquired with CENTCOM’s press office about the rumor about Baghdadi’s death, CENTCOM responded, “We strongly advise ISIS to implement a long line of succession.”

4. ISIS Is Losing Ground But Still Remains a Threat

Iraq recently announced a final victory in the nearly nine-month offensive to retake Mosul from ISIS, as celebrations broke out among police forces in the city. However, risks remain of a so-called “ISIS 2.0.” According to the New York Times:

Most pressing is the need to bring back hundreds of thousands of displaced Sunni civilians. But Iraq has failed to rebuild and resettle some other communities freed from the Islamic State as tensions between the Sunni minority and the majority Shiites still undermine efforts to reunite the country.

The majority of Iraq’s Muslims are Shia, and ISIS militants and about 40% of Iraqis are Sunni. Iraq is one of a few majority Shia countries, along with Iran and Bahrain.

5. It is Unknown What Kind of Caliph Obeidi Could Be

Baghdadi was notorious for his long bouts of silence. If he is dead, it is unknown if Obeidi would follow in a similar vein. 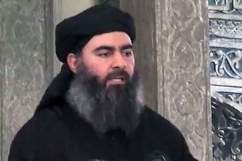