Getty Pete Frates and his wife Julie in 2014.

Pete Frates, the ALS patient whose story inspired the 2014 ALS Ice Bucket Challenge meme, is still alive. The 32-year-old was recently admitted to the hospital again, and journalist Mike Barnicle tweeted early Monday morning that he died hours later. However, his family posted an update, confirming that he is alive and resting comfortably at Massachusetts General Hospital. Frates also posted a video of himself in the hospital while Peal Jam’s “Alive” plays.

“Update on Pete – July 3rd! Pete’s family wants everyone to know that Pete is resting comfortably at MGH as the Doctors, medicine, prayers and love continue to help him get stronger. Thank you for all your concern,” the statement from the family reads.

in the words of my friend
ed pic.twitter.com/g7iIR4rfmT

CORRECTION: Family friend of Peter Frates told me had passed at 32. He was wrong and I was doubly wrong to tweet it. Thank God I was wrong.

Here’s what you need to know about Frates’ health and his amazing story.

Despite Barnicle’s tweets, Frates is alive and “resting comfortably” at Massachusetts General Hospital.

“Update on Pete – July 3rd! Pete’s family wants everyone to know that Pete is resting comfortably at MGH as the Doctors, medicine, prayers and love continue to help him get stronger. Thank you for all your concern,” the statement from the family reads.

Frates’ family announced on Facebook on July 2 that Frates was back at MGH and asked for thoughts and prayers.

“Hello Team Frate Train, please keep our family and especially Pete in your prayers,” the statement read. “Pete is back at MGH and battling this beast ALS like a Superhero. We feel your love and support and are so grateful. Prayer and love – the most powerful of medicines! Thank you!” 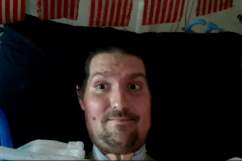 2. Frates’ Family Is Struggling to Pay His Medical Bills

In an interview with CBS Boston on May 23, Frates’ father, John Frates, said that any other family would be “broke” because of his son’s disease. They are still struggling to pay $85,000 to $95,000 a month in medical expenses.

“After 2-and-a-half years of this type of expense, it’s become absolutely unsustainable for us. We can’t afford it,” John Frates told CBS Boston.

Before he was re-admitted to the hospital, Frates was receiving treatment at his home. His bedroom was turned into an Intensive Care Unit so he could be with his family. While it could be less expensive for him to receive care outside of his home, his family told CBS Boston that it’s not an option, since being around his wife and daughter inspires him to keep fighting.

“Pete’s life would be over” without them by his side, his wife, Julie Frates, told CBS Boston.

You can donate to the Pete Frates #3 Fund by clicking here. The ALS Association has also launched the Pete Frates Home Health Initiative, which will help other ALS patients receive in-home care.

“Our goal is to raise money to be really impactful for perhaps a few patients each year,” ALS Association Executive Director of Massachusetts Lynn Aaronson told CBS Boston. “It’s not like our normal programs where we try to help every single patient in Massachusetts.” 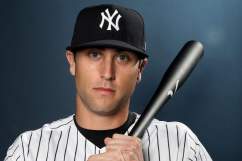 Frates and his family are credited with helping to raise $250 million to fight ALS and raise awareness for the disease with the ALS Ice Bucket Challenge. This turned into a social media trend that dominated 2014, where people challenged each other to dump buckets of ice water on their heads, then challenged others to do the same.

It was also picked up by celebrities and Frates was honored at the 2014 Sports Illustrated Sportsman of the Year ceremony.

On July 25, 2016, the ALS Association announced that the donations helped fund research that led to the discovery of NEK1, a gene that contributes to the disease. As Lucie Bruijn, Ph.D., M.B.A. explained in 2016:

“The discovery of NEK1 highlights the value of ‘big data’ in ALS research. The sophisticated gene analysis that led to this finding was only possible because of the large number of ALS samples available. The ALS Ice Bucket Challenge enabled The ALS Association to invest in Project MinE’s work to create large biorepositories of ALS biosamples that are designed to allow exactly this kind of research and to produce exactly this kind of result.”

4. Frates Was a Boston College Baseball Player & Has a 2-Year-Old Daughter

Frates and his wife, Julie, have a 2-year-old daughter, Lucy Fitzgerald Frates. As Frates notes on his site, he grew up in Beverly, Massachusetts and attended St. John’s Preparatory School and Boston College. He played on the BC Baseball team and was captain in his senior year. He majored in communications and history. He’s been married to Julie since June 2013. His mother, Nancy Frates, tours as a motivational speaker.

Pete's family wants everyone to know that he is resting comfortably at MGH-the Docs,medicine,prayers,love continue to help him get stronger.

In 2012, the same year he was diagnosed with ALS, Frates served as BC’s Director of Baseball Operations.

In college, the centerfielder was a star for the BC baseball team, setting a BC record with eight RBIs in a 2007 game that also included a grand slam and a three-run homer. While in high school, he also played football and hockey.

In 2014, Sports Illustrated presented Frates with the Inspiration of the Year Award. He also earned an Emmy nomination for the ESPN SportsCenter documentary about his fight. In 2017, NCAA executives traveled to his home to present him with the NCAA Inspiration Award. He also donated memorabilia to the Baseball Hall of Fame in Cooperstown, New York.

ALS is also known as Lou Gehrig’s Disease and stands for amyotrophic lateral sclerosis. The ALS Association describes the disease as “a progressive neurodegenerative disease that affects nerve cells in the brain and the spinal cord.”

According to Hopkins Medicine, as many as 30,000 people in the U.S. have ALS. There are approximately 5,000 new cases diagnosed each year.

The disease became known as Lou Gehrig’s Disease in the U.S. in memory of the New York Yankees legend, who was diagnosed with the disease in 1939. He died in 1941 at age 37. Scientist Stephen Hawking also has the disease and is 75 years old. The National Institute of Neurological Disorders and Stroke notes that there is no known cure for ALS. However, there are treatments to control its symptoms and extend a patient’s life.

In June, Frates’ mother Nancy told WCVB that she believes the money Frates has helped raise will result in a cure for ALS.

“Lou Gehrig brought ALS to the attention,” she told Boston’s ABC affiliate. “Pete Frates is going to be the cause of the end of it. I believe it in my soul.”