President Donald Trump announced on July 26 that transgender people will be banned from any and all military service under his administration.

Trump claimed that allowing transgender people to serve in the U.S. military would cause “tremendous medical costs and disruption” in those forces.

Trump unveiled his controversial new policy – which reinstates a policy that Barack Obama lifted, pending a final review – in a stream of early morning tweets, and it was immediately met with criticism.

In a briefing, new Press Secretary Sarah Huckabee Sanders said the Department of Defense would be the lead on the question of what would happen to transgender service members currently serving overseas.

Sarah Sanders threatened to shut the briefing if questions continued on topic of transgender service members. A worrisome first.

1. Trump Wrote That Allowing Transgender People to Serve Would Burden the U.S. Military

In the tweets announcing the transgender military ban, Trump wrote that he had consulted with generals and military experts before deciding to reinstate the ban.

After consultation with my Generals and military experts, please be advised that the United States Government will not accept or allow….Transgender individuals to serve in any capacity in the U.S. Military. Our military must be focused on decisive and overwhelming victory and cannot be burdened with the tremendous medical costs and disruption that transgender in the military would entail. Thank you.

After consultation with my Generals and military experts, please be advised that the United States Government will not accept or allow……

….Transgender individuals to serve in any capacity in the U.S. Military. Our military must be focused on decisive and overwhelming…..

….victory and cannot be burdened with the tremendous medical costs and disruption that transgender in the military would entail. Thank you

Sarah Huckabee Sanders said the White House would work with the Department of Defense to implement the policy.

On fate of transgender soldiers currently deployed, Sarah Sanders tells @jonkarl implementation of ban will have to be "lawfully determined" pic.twitter.com/aAGqzQM2CV

2. It’s Estimated That Thousands of Transgender People Serve in the U.S. Military

Another study, by The Rand Corporation, found, “It is difficult to estimate the number of transgender personnel in the military due to current policies and a lack of empirical data. Applying a range of prevalence estimates, combining data from multiple surveys, and adjusting for the male/female distribution in the military provided a midrange estimate of around 2,450 transgender personnel in the active component (out of a total number of approximately 1.3 million active-component service members) and 1,510 in the Selected Reserve.”

The study added, “Only a subset will seek gender transition–related treatment. Estimates derived from survey data and private health insurance claims data indicate that, each year, between 29 and 129 service members in the active component will seek transition-related care that could disrupt their ability to deploy.”

The study found that there was a “minimal likely impact” on force readiness from transgender service.

3. Barack Obama Had Lifted a Ban on Transgender Military Service

Transgender people were previously banned from openly serving in the U.S. Military, but former President Barack Obama lifted that ban, allowing them to serve. However, the Obama change was still under final review.

The Trump tweets came a year after after The Wall Street Journal reported that the “U.S. military is preparing to lift its prohibition on transgender service members as early as next week, ushering in a cultural change in the armed forces.” According to NBC News, a year ago, “former President Barack Obama’s then-Secretary of Defense Ash Carter lifted the ban on transgender military service.”

Trump’s “decision reversed a policy initially approved by the Defense Department under President Barack Obama, which was still under final review, that would allow transgender individuals to openly serve in the military,” CNN reported.

However, Trump’s Defense Secretary James Mattis had previously delayed implementing the change, saying, according to CNN, “Since becoming the Secretary of Defense, I have emphasized that the Department of Defense must measure each policy decision against one critical standard: will the decision affect the readiness and lethality of the force? Put another way, how will the decision affect the ability of America’s military to defend the nation? It is against this standard that I provide the following guidance on the way forward in accessing transgender individuals into the military Services.”

so, biggest baddest most $$ military on earth cries about a few trans people ? but funds the F-35? ? sounds like cowardice ??? #WeGotThis

“There are 15,000 patriotic transgender Americans in the US military fighting for all of us. What happened to your promise to fight for them?” Caitlyn Jenner wrote on July 26, several hours after the president tweeted that he was banning transgender people from serving in the military.

There are 15,000 patriotic transgender Americans in the US military fighting for all of us. What happened to your promise to fight for them? https://t.co/WzjypVC8Sr

Jenner tweeted her comment along with an old 2016 tweet from Trump that read, “Thank you to the LGBT community! I will fight for you while Hillary brings in more people that will threaten your freedoms and beliefs.” Jenner has faced withering criticism online for voting for Trump.

Kristin Beck, a former Navy SEAL who is transgender, challenged Trump, saying, “Let’s meet face to face and you tell me I’m not worthy. Transgender doesn’t matter. Do your service.”

I served on active duty in the U.S. Military. Exclusion of Transgender Americans by @POTUS is not based on facts, it is based on bigotry. https://t.co/DgURRGnMVu

The national nonprofit Gender Spectrum said in part, “Transgender troops effectively serve in our military and militaries around the world. The fear reflected in the President’s tweets reflects a lack of understanding re the transgender troops who have served, and are currently serving, our country. Excluding anyone who wants to serve our country based on gender identity is not only harmful to the individual, but also excludes an increasingly large number of people who we rely on to keep our country safe. President Trump’s tweets may be headline grabbing, but they do not make good policy.”

In a 2016 memo, when the military adopted an open service policy for transgender people, the military quoted the then Secretary of Defense as saying, “This is the right thing to do for our people and for the force. We’re talking about talented Americans who are serving with distinction or who want the opportunity to serve. We can’t allow barriers unrelated to a person’s qualifications to prevent us from recruiting and retaining those who can best accomplish the mission.”

Per @DeptofDefense, hundreds of #transgender folks already serve our country. What happens to them Mr. President @realDonaldTrump? pic.twitter.com/5IkyUJulLW

Joshua Block, senior staff attorney with the American Civil Liberties Union’s LGBT & HIV Project, released a statement that read, in part, “This is an outrageous and desperate action. The thousands of transgender service members serving on the front lines for this country deserve better than a commander-in-chief who rejects their basic humanity.”

5. Some People Argued Trump Was Making a Campaign Move

Just spoke to a Trump administration official about the transgender military decision. Here's what they said… pic.twitter.com/eOWdvlxTfd

Some argued that Trump’s announcement was designed to harm Democratic opponents in key states. 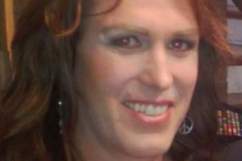