An Arizona woman was arrested for allegedly sexually abusing her children when she lent her Pokemon Go login information to a friend. The suspect has been identified as Keri Harwood, 28, of New River, Arizona, 40 miles north of Phoenix. Online records show that Harwood has been accused of 10 counts of sexual exploitation of a minor. Harwood is being held at the Maricopa County Jail in Phoenix.

A KSAZ report says that Harwood is accused of sexually abusing her children, recording it, and sending it to a man online. In July 2018, Harwood pleaded guilty to selling child pornography.

Fox Phoenix reports that Harwood was arrested on August 13 at her home. The station says that Harwood had given a friend access to her Gmail account so the friend could play Pokemon Go on her account.

That friend told police that they saw videos of sexual abuse in Harwood’s account. After Harwood was arrested by authorities, she told cops that she had met a man online, reports Fox Phoenix. Those videos were sold for various prices the station says, ranging from $50 to $115.

2. Harwood Is Married; the Alleged Abuse Happened While Her Husband Was at Work

Harwood is married to a man named Cody. The couple lives in a rural area known as New River outside of Phoenix. They moved there in March 2017. Fox Phoenix reports that the alleged abuse occurred while Cody was at work. A neighbor, Pam Allen, told the station, “There were all these cars, and men with guns and carrying shields. It was like an army.”

On her Instagram page, Harwood writes, “Married my high school sweetheart. We have a little girl she’s amazing and a little boy so super sweet.”

3. Harwood Is an Amateur Photographer & Is Against Gun Control

Harwood maintained a Flickr page showing her flair for photography. On that page, Harwood posts images of her photos as well as a meme alleging that Adolf Hitler was against gun control, a common refrain of pro gun activists. Under the photo, Harwood wrote, “Gun control haha.”

A Pinterest page in Harwood’s name shows her interests ranges from baby clothes to household items to celebrity hairstyles.

That profile gives Harwood’s location as Glendale, Arizona. Harwood’s now-deleted Facebook page said that she was from Glendale.

4. Harwood Works at a Car Dealership

5. Harwood Refers to Herself as ‘Reddsapple Chick’ on Instagram

Harwood calls herself “Reddsapple Chick” on Instagram. While on her now-deleted Facebook page, Harwood made multiple references to the alcoholic cider including a photo showing her wearing a t-shirt dedicated to the brand. 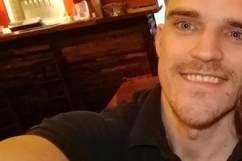 Loading more stories
wpDiscuz
24
0
Would love your thoughts, please comment.x
()
x
| Reply
An Arizona woman was arrested for allegedly sexually abusing her children when she lent her Pokemon Go login information to a friend.