Chappelle-Nadal, a registered Democrat, represents District 14 in the Missouri Senate. She earned a degree in political science and sociology from Georgia State University. She was elected to the Missouri House of Representatives in 2004 and was re-elected in 2006 and 2008. In 2010, she ran for state senate and was elected. She was re-elected in 2014.

Initially, Chappelle-Nadal refused to apologize for her comments. While she admitted that her comment was a “mistake,” she said that she wouldn’t apologize until President Trump apologized.

However, Chappelle-Nadal had a change of heart and decided to apologize after all.

“I’ve been thinking about this for a very long time about our president and what he’s been doing to people. I posted something on my personal Facebook and I should not have done that, and for that I am sorry for that. But I am not going to shy away from what caused that anger at all, I’m not going to shy away from that,” Chappelle-Nadal told KMOV.

2. Chappelle-Nadal Is Being Investigated by the Secret Service

Not long after Chappelle-Nadal’s Facebook comments were made — and deleted — the secret service launched an investigation.

3. The Governor of Missouri Has Called for Her Resignation

.@MariaChappelleN PLEASE do not resign. So grateful to get to meet you & have a for real conversation at #nn17 Ferguson & America needs you pic.twitter.com/RkIyIN8vth

The Governor of Missouri, Eric Greitens, who is a Republican, posted a series of tweets about Chappelle-Nadal, calling for her resignation.

“Senator Chappelle-Nadal said she hopes the President is killed. Republicans and Democrats have called on her to resign. Her response: ‘Hell no.’ Last night, in an interview, she refused to apologize—twice. If she will not resign, the Senate can vote to remove her. I believe they should,” he said on Friday.

According to St. Louis Today, several of Missouri’s top Democrats have also called for Chappelle-Nadal to resign.

“I condemn it. It’s outrageous. And she should resign,” said U.S. Senator Claire McCaskill.

“[Calling] for the assassination of the President is a federal crime. … [She is] an embarrassment to our state. She should resign immediately,” said U.S. Representative William Lacy Clay.

“[She] should be ashamed of herself for adding her voice to this toxic environment,” said Missouri Senate Democratic Caucus leader Senator Gina Walsh.

On Thursday, Chappell-Nadal has said that she is not resigning.

“I am not resigning. When POC are respected by this WH & they are willing to do real work, I’ll sit down with them. People are traumatized,” she tweeted.

4. Chappelle-Nadal Is Known for Filibustering Bills

Chappelle-Nadal has been known to debate proposed pieces of legislation since taking office. Back in March 2016, she was part of a group that filibustered Senate Joint Resolution 39, also referred to as a “religious freedom” bill, according to CNN. The bill was opposed by several Democratic lawmakers who felt as though it “discriminated against same-sex couples.”

At the time, Chappelle-Nadal gained praise for her stance on the matter.

The following month, NPR reported that the bill was dead, at least temporarily, which was a win for Chappelle-Nadal and other opposers.

Earlier that same month, Chappelle-Nadal was back at it, opposing a sales tax bill. The plan “would allow unincorporated areas of St. Louis County to vote on a sales tax to fund law enforcement,” according to the Kansas City Star. Chappelle-Nadal made headlines after she read an excerpt from rapper 50 Cent’s book, The 50th Law. In this case, Chappelle-Nadal’s voice was heard and the proposal was shelved.

5. Chappelle-Nadal Was Tear-Gassed During the Ferguson Unrest

At one point, she was tear-gassed during protests. In October, she said that gun shots were “fired in [her] direction.”

Gun shots fired in my direction as I got out of the car. #Ferguson

I do not know the source. Shots fired from trees or apartment complex behind the parking lot. Police all over!

In addition, Chappelle-Nadal came under fire for some of her tweets at the time. You can read them below.

“Anyone who is from outside my district thinking they can just come in and be the savior to Ferguson and not have a conversation with me,” she said.

“People who are outside the 14th District and they have a resolution and they never call, that’s very disrespectful,” Chappelle-Nadal added. 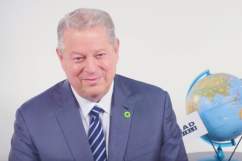 Loading more stories
wpDiscuz
23
0
Would love your thoughts, please comment.x
()
x
| Reply
Maria Chappelle-Nadal is under fire for posting that she hopes President Trump is assassinated.