Getty Wubbels competing at the 1998 Ski World Cup in Utah.

A two time national alpine ski champion who is now a nurse was violently arrested by cops in Utah after she refused to allow cops to draw blood from an unconscious patient. Alex Wubbels, who competed under her maiden name at the 1998 and 2002 Winter Olympics, was taken into custody at University Hospital in Salt Lake City on July 26 by Detective Jeff Payne. No charges were ever filed in the case.

Det. Payne was trying to get a blood sample from William Gray, a man who had been injured in an accident caused by a suspect named Marcos Torres. Cops had been chasing Torres when he crashed into Gray’s truck. Torres was killed while Gray was seriously injured. After being taken to the hospital for treatment, Gray was sedated.

1. Wubbels Can Be Heard Shouting ‘Help Me’ & ‘You’re Assaulting Me’ in the Video

During the ordeal, you can clearly hear Wubbels yelling, “Help me” and “You’re assaulting me.” Det. Payne tells Wubbels, “I either go away with blood vials or body in tow.” While Wubbels talks to some hospital administrators, she refuses to allow Det. Payne take the sample.

Then, Det. Payne grabs Wubbels, puts her arms behind her back and drags her out of the hospital. Wubbels screams, “Help! Help! Somebody help me! Stop! Stop! I did nothing wrong.”

The Salt Lake Tribune reports that a University of Utah cop and Department of Public Safety officers were present during the arrest but “did not intervene.”

The video of the arrest was shown to the public on August 31 at a press conference held by Wubbels and her attorney Karra Porter. Wubbels has no plans to sue the department but said in the conference that she hops the video will change policy. Wubbels said, “I can’t sit on this video and not attempt to speak out to re-educate and inform… [Departments] need to be having conversations about what is appropriate intervention… It hurts to relive it.”

Wubbels also told the media, “I just feel betrayed, I feel angry, I feel a lot of things. And I’m still confused.” While Karra Porter said, “The law is well-established. And it’s not what we were hearing in the video. I don’t know what was driving the situation.”

2. Det. Payne Has Been Taken Off Blood Sample Duty

According to Salt Lake police Sgt. Brandon Shearer, an internal investigation into the arrest is underway, reports the Tribune. The newspaper adds in their report that Det. Payne has been taken off of the department’s blood draw unit but remains active on the force.

The Tribune report says that Det. Payne wrote a report on the incident explaining that he was responding to a request from the Logan Police Department to extract the blood. The report read that “[Wubbels’] policies won’t allow me to obtain the blood sample without a warrant.”

The Deseret News reports that Salt Lake City Police Chief Mike Brown has called the video “very alarming.” During the recording, Det. Payne can be heard saying, “I’m doing what I’m being told by my boss, and I’m going to do what my boss says.”

Det. Payne was celebrated by the Salt Lake City Police Department in 2012 for his performance in the Property Crimes unit.

3. Wubbels Is Married to a Fellow Celebrated Skier

Wubbels, a native of Aspen, Colorado, is married to fellow celebrated skier Cory Wubbels. The couple married in June 2014. Cory Wubbels was an All-American skier in Nordic skiing while a student at Northern Michigan University. In addition to his skiing, Cory Wubbels is a carpenter and guitar player. The couple had their first child in December 2014.

She competed in the 90s and 2000s as an alpine skier under her maiden name of Shaffer. In 2003, the Sky World Cup came to Wubbels’ hometown. At the time Wubbels told the Aspen Times about her comfort at racing at home:

It’s going to be pretty cool. It’s something I’ve thought about. Aspen is my home mountain, and I know it like the back of my hand. While the other girls are inspecting the super-G course, I will know exactly where to go… Friends, family, old coaches. A lot of people are still there who have helped me get to where I am. Coming back in NOvember is sort of like a thank-you present.”

Since 2009, Shaffer has been a nurse at the University Hospital in Salt Lake City.

The Deseret News reports that Wubbels has credited her Olympic experience with giving her the “toughness” to get through her arrest.

4. A Go Fund Me Page Has Been Set Up to Help William Gray

Det. Payne said in his report that his desire to extract the sample was in order to protect Gray, reports the Tribune. A Go Fund Me page has been set up for Gray’s family. The page reads in part, “Bill is married to April Gray and live in Rigby, ID. Bill is also a reserve police officer in Rigby. Bill’s wife is currently staying in Salt Lake City – these funds will go to help her with missed work and travel expenses.”

The Idaho State Journal reports that William Gray is a reserve police officer from Rigby, Idaho. Gray also works as a truck driver. During the crash he received burn injuries. Rigby Police Chief Sam Tower told the Post Register, “He really is a good guy. It’s horrible this happened to him.”

5. The Supreme Court Says Cops Need Probable Cause to Take Blood From Drivers

The U.S. Supreme Court has said that warrantless blood tests are unconstitutional while warrantless breath tests are still permitted. Det. Payne wrote in his report that he felt he had “implied consent” in the case. Although that has not been a law in Utah since 2007. 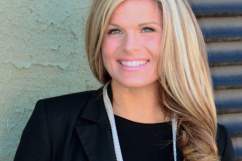 Loading more stories
wpDiscuz
50
0
Would love your thoughts, please comment.x
()
x
| Reply
A two time national alpine ski champion who is now a nurse was violently arrested by cops in Utah after she refused to allow cops to draw blood from an unconscious patient.