Salt Lake City Lt. Jeff Tracy is allegedly the person who told detective Jeff Payne to arrest nurse Alex Wubbels for refusing to take a blood sample from a patient.

The Salt Lake City Police Department is receiving criticism for its handling of a July incident in which a detective forcibly arrested a nurse at a hospital when she refused to draw blood from a patient.

The ordeal occurred July 26 and was captured on police bodycam and University of Utah Hospital surveillance video.

Alex Wubbels, a nurse at the hospital and former champion skier, is accusing Salt Lake detective Jeff Payne of using excessive force when he handcuffed her for refusing to draw blood from a patient who suffered severe burns following a fiery crash in northern Utah.

Payne said he wanted to obtain a blood sample from the man, who was unconscious due to the crash, to see if he had illegal substances in his system when it took place.

However, Wubbels refused to do so, citing a hospital policy where blood isn’t allowed to be drawn from patients without consent, a warrant or unless he or she is under arrest.

Several times, Wubbels checked with Payne and the other officers surrounding him to find out if the patient was under arrest. Payne repeatedly said “no” to the inquiry, and ended up aggressively arresting Wubbels for “interfering in the investigation.”

An internal investigation has since been launched by the Salt Lake City Police Department, and police reports indicate that Payne was told by his lieutenant, James Tracy, to get the blood sample.

On September 1, one day after the controversial arrest video was made public, Payne was placed on paid leave from the department, The Associated Press reported.

Here’s what you need to know about the incident and Lt. James Tracy:

Wubbels, standing alongside attorney Karra Porter, came forward with edited portions of the disturbing video at a press conference August 31. She’s accusing Payne of using excessive force during what they considered as being an “unlawful arrest.”

“The only job I have as a nurse is to keep my patients safe,” Wubbels said at teh press conference. “A blood draw gets thrown around like it’s some simple thing, but blood is your blood. That’s your property.”

Payne has since been suspended from the police department’s blood-draw program, Salt Lake City Police Sergeant Brandon Shearer told The Salt Lake Tribune. The program is intended to train officers as phlebotomist so they can obtain blood samples.

No claim or lawsuit has been filed yet by Wubbels or Porter, she said, adding that she wanted to come out and reveal the incident with the hope of it never happening again.

Watch the video of the arrest by clicking below. 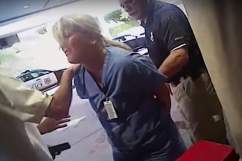 In his police report, obtained by The Salt Lake Tribune, Payne wrote he was told by Tracy, who was serving as the watch commander that night, to arrest Wubbels if she continued to refuse him to get the blood sample.

At one point, Tracy spoke on the phone with Wubbels and tried to convince her to allow the blood draw, but the nurse stood her ground and continued her refusal.

Finally, Payne had enough and said he was arresting her for getting in the way of an ongoing police investigation. More than one time during the arrest, Wubbels can be heard pleading with the officers, saying she did nothing wrong and accusing Payne of being too aggressive. She was subsequently placed into Payne’s squad car for about 20 minutes, she said, before being released without any charges being filed.

Excerpts of Payne’s bodycam were released by Salt Lake City police, and have been posted to YouTube by The Salt Lake City Tribune. In the video clips, you can hear Payne react to the incident with other officers, including Tracy. They attempt to explain how Wubbels “obstructed” the investigation and where they may have had a miscommunication.

At one point, the voice from another officer appears to be hatching a plan to go up to the burn unit and visit Gray in his hospital bed to try and get the blood sample.

“I don’t have a problem with going and drawing the blood,” Payne said. “I know anywhere I go right now in this hospital, I’m going to get a lot of resistance from anybody and everybody but you.” 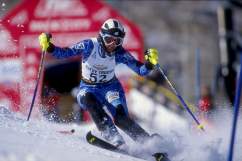 3. Tracy Said He Told Payne to Use ‘Implied Consent’ to Get the Sample

In Tracy’s police report, he said he spoke on the phone with Wubbels (which can be seen in the video) and informed her that his officers had the right to “implied consent” to get the sample.

The definition of “implied consent,” according to TechTarget, is “an assumption of permission to do something that is inferred from an individual’s actions rather than explicitly provided.”

When Tracy told Wubbels of the implied consent reasoning, she cut him off mid-sentence and said she couldn’t allow a blood sample to be drawn without a warrant. Tracy then got into his police-issued vehicle and drove to the hospital personally to tell Wubbels why she was in police custody, he wrote.

“She appeared to not want to hear my explanation,” Tracy wrote in his report.

You can see Tracy explaining himself to Wubbels and other nurses in the video above.

As Porter noted at Wubbels’ press conference, “implied consent” hasn’t been in Utah law since 2007. The United States Supreme Court also ruled in 2016 that the Constitution does permit officers to obtain breath tests without a warrant in drunken-driving cases, but not blood draws. 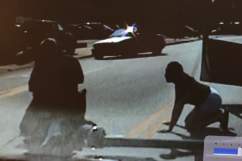 Tracy’s LinkedIn page says that in 2008, he became a lieutenant/watch commander for the Salt Lake City Police Department. He worked in the position from August 2008 until May 2012 when he was promoted to the deputy bureau commander of the patrol bureau. In that role, he oversaw about 150 employees and worked all shifts, his profile says.

In June 2016, Tracy changed jobs again within the department. This time, he was an intelligence officer, where he was the executive officer for the chief of staff and the unit commender for the Intelligence and CompStat Unit at the police department.

While he still serves as a lieutenant at the department, he also serves as an auxiliary intelligence commander, a position he’s held since June.

5. Tracy is in the Process of Earning His Master’s Degree in Criminal Justice

Tracy is currently enrolled at Columbia College and is expected to graduate in December.

In the video at the top of the page, Tracy was interviewed by CBS 2 News talking about a shooting incident as they searched for a suspect.