1. His Campaign is Intended to Keep Roy Moore out of the Senate

As reported by the Daily Beast on Nov. 27, when Busby read an op-ed piece saying “The Republican Party’s Dream of an Alabama Write-In Candidate Is Dead,” his response was to say “Hold my beer, we will just see about that.”

Busby told the Daily Beast that his long-shot write-in campaign was an attempt to stop Roy Moore from representing Alabama in the Senate. “I have no idea if the [sexual misconduct] allegations against him [are] true or not, but I don’t see anything within his experience as a judge that qualifies him for the job,” Busby said. “Alabama is not happy with the two choices [Moore and Doug Jones] we have down here. They are not appealing.”

To the Washington Post, Busby said “I think you can flip this thing. If this were a military operation, the left flank and the right flank are heavily guarded … I think that gives you an opportunity to run straight up the middle.”

2. He Retired as a Colonel After 31 Years in the Marines

BREAKING NEWS: A New Candidate has entered the Alabama Senate Seat Race. Lee Busby, a retired Marine Colonel will make a WRITE-IN bid as a INDEPENDENT. He has close ties to President Trump and Chief of Staff Kelly. pic.twitter.com/Vm55fXyZ5C

Busby’s LinkedIn page (which lists his current occupation as “U.S. Senate Write In Candidate”) boasts that he is a lifelong Alabamian who spent 31 years as an infantry officer in the Marines, half as a reservist and half on active duty “including several years of deployed time following 9/11.” For part of his military career, he served as Vice Chief of Staff for Lieutenant General John Kelly (who is currently White House Chief of Staff under Donald Trump).

Busby divorced his wife in 2009 (though his LinkedIn biography says they remain “good friends and mutual supporters”). They had four now-grown children together. In 1975 he enrolled at the University of Alabama, graduating four years later with a B.S. in International Finance. (near the end of his military career, from 2005 through 2006, he also attended a program in Advance Strategic Studies at the George C. Marshall Center for European Security Studies). For two years in the mid-1980s, he was a factory foreman with Diversified Projects, which he calls “one of Alabama’s largest home-grown manufacturing companies.”

Busby is also an amateur athlete who won a bronze medal in the 2015 US Masters National Decathlon championship (for the 55-60 age group).

3. He has a Post-Military Career as an Accomplished Sculptor

Since the start of 2014, Busby has been self-employed as a sculptor, and has enjoyed moderate success at it. In August 2017, Southern Living ran a profile piece on Busby, headlined “This retired Marine colonel is an incredible sculptor.”

Most of Busby’s sculptures are of people who were killed in the line of military service. The Southern Living profile says that after retiring from the military, with ample spare time on his hands, Busby started playing around with clay, and “It kind of progressed from kids’ Play-Doh figures to things that started looking remotely like human beings.”

He soon discovered he had a talent for sculpting faces, and eventually contacted the family of Johnny “Mike” Spann, a Marine captain from north Alabama who was killed on an overseas mission. Busby met with Spann’s father several times until he felt he’d accurately captured Spann’s likeness.

Earlier this month, US News and World Report reprinted a story originally from the Tuscaloosa [Alabama] News, describing how the University of Alabama unveiled a bronze bust of Mark Forester, an Alabama alumnus who joined the Air Force and was killed in Afghanistan in 2010. Busby sculpted the bust, using photos of Forester provided by his family.

Busby’s sculptures are not limited to Alabamians, however; another early-November news article from the Portland Press-Herald in Maine mentions Busby as the sculptor who produced a bust of Marine Captain George Whitney, a Vermont native and graduate of Bates College. Another Bates alumnus, Steven Arango, is trying to convince college officials to display Busby’s bust of Whitney in a prominent place on campus. 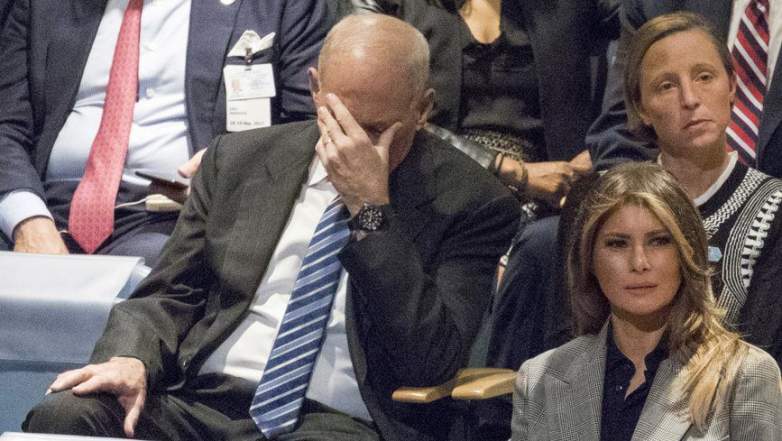 Before John Kelly was Donald Trump’s White House Chief of Staff, he was a Marine Corps general who spent a few years as Busby’s direct superior officer. Busby’s LinkedIn page prominently displays a letter of recommendation from Kelly, dated March 2010. Kelly wrote that “this letter is to express my recommendations to anyone considering engaging Lee Busby on behalf of themselves or their business organization … if the reader of this letter is engaged in developing, directing or supporting military forces anywhere in the world, Lee carries my strongest endorsement for a role in executive leadership.”

Busby also has a June 2012 recommendation letter from General John Allen, who was commander of the International Security Assiatnce Force in Afghanistan. The mostly typewritten letter also includes a note handwritten in what appears to be Allen’s hand, ending with “I cannot recommend him too highly.”

A retired Marine colonel who once served as a top aide to White House Chief of Staff John F. Kelly, Lee Busby, plans to launch a long shot write in campaign Monday afternoon 2become Alabama’s next senator, with just 15 days left in the campaign. https://t.co/o5OQJN4G25 pic.twitter.com/E1sDS7qRWF

Busby’s political leanings are centrist/conservative. He told the Washington Post that he voted for Ohio governor John Kasich in the 2016 Republican primary election, and Trump in the general election. Though Republican leaders are concerned that Busby’s write-in campaign will siphon votes away from Roy Moore and hand victory to Doug Jones, Busby argues that he might end up taking votes away from Jones, because “The people of Alabama are not going to be represented by someone who supports a liberal abortion policy. I’m extremely concerned about the Democratic Party in Alabama. I don’t think they reflect Alabama’s views.”

That said, Busby’s own views on abortion are fairly “liberal” by contemporary Republican standards: while he thinks most abortions should be illegal, he does at least make exceptions in cases of rape or incest, or if necessary to save the pregnant woman’s life, whereas the current national Republican platform calls for outlawing abortion in all instances, with no exemptions for victims or rape and incest, nor for women who will die if forced to carry their pregnancies to term. 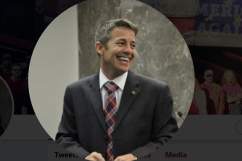 Ed Henry of Alabama: 5 Fast Facts You Need to Know