You may have been reading some pretty alarming headlines that are claiming “Antifa is starting a civil war on November 4” or “terrorist attacks beginning November 4!” These headlines are alarmist and are taking information out of context. Yes, a group called Refuse Fascism is beginning protests on November 4 that they hope will eventually draw in millions of participants and last for a long time. But no, this group is not part of Antifa and they are not organizing protests for the purpose of violence. They do not support acts that initiate violence.

You can read more details about the protests in Heavy’s in-depth coverage here. But let’s dispel some of the most prolific rumors.

Refuse Fascism is coordinating the protests. Although they have sometimes attended protests with Antifa groups, they don’t have any formal affiliation with Antifa. Instead, they focus on nonviolent protests and only don’t denounce violence if done in self defense. Here are more details:

USC film professor Perry Hoberman, one of the people from Refuse Fascism that is coordinating the Nov. 4 protests, said that the November 4 demonstration is modeled after the January Women’s March, only they hope it will last much longer. They’re hoping the protest will take place in a public location or entail a series of prolonged protests that take place over several days.

A ubiquitous presence at protests, this organization is best known for its bold black-and-white signs reading “NO! We refuse to accept a fascist America!”… Its goal is the wholesale impeachment of Donald Trump and the ousting of everyone involved with his administration. Bob Avakian, chairman of the Revolutionary Communist Party, USA, called the ad hoc group together after the 2016 election. They’re planning a nationwide Occupy-esque protest on Nov. 4.

Sunsara Taylor, a cofounder of the group, said they have not partnered with other anti-fascist groups, nor are they actively communicating with them. Taylor said that Refuse Fascism has been at protests with other antifa groups, but that there is “no formal alliance.” Their national office is in New York, though Taylor said it was difficult to estimate the number of members.

Refuse Fascism organizes nonviolent protests in hope of attracting the greatest numbers, though Taylor said she doesn’t condemn any tactics people use to protest because of what she sees as the extraordinarily fascist nature of the Trump administration.”

In other words, the group only organizes nonviolent protests. However, they also don’t always actively condemn people who are violent, especially if they believe the violence was in self defense and not initiated.

In early September, the group released a statement denouncing attacks on Antifa. They stated that Antifa helped defend counter protestors in Charlottesville and there is no moral equivalence between those seeking to impose fascism and those fighting against it. The attacks against Antifa, they stated, “are designed to intimidate, suppress, and divide all opposition to fascism.”

Given the horrific assault on Muslims, women, immigrants, LGBTQ, Black people, science, the environment, civil liberties, and people around the world by this regime, it is more important than ever that people have the right to stand up to fascism, to protest and to resist. Differences over tactics, where they exist, must not divide the people’s resistance.”

Later in the statement, they reiterated that they do not support initiating violence.

Our actions will reflect the values of respect for all of humanity and the world we want—in stark contrast to the hate and bigotry of the Trump/Pence fascist regime.

The purpose of November 4 is to gather in the streets and public squares, declaring the Trump/Pence regime illegitimate. If you go to their website, you can learn more about November 4 and their plans.  Their demands are for President Donald Trump and Vice President Mike Pence to be removed from office, and they hope that eventually, millions will join the protests.

Of course, you can never rule out the possibility of a rogue protester initiating violence at these events. But you can know that Refuse Fascism is not seeking that out or promoting violence. They simply won’t condemn violence if it’s used as an act of self defense.

In a statement on September 9, Refuse Fascism wrote on its website:

Refuse Fascism does not initiate violence.  We oppose violence against the people and among the people, but we uphold people’s fundamental and legal right to self-defense. We welcome and actively seek to involve people who come from a great diversity of views on many big questions, including when and whether any form of violence is ever legitimate. This is a great strength as it will take millions of people working and struggling together to stop a fascist America by driving out the Trump/Pence Fascist Regime. The efforts we undertake together consist of nonviolent political protest.

Hoberman addressed the rumors of violence this way:

Right wingers will spin anything into anything. It’s just an attempt to smear anyone who isn’t a fascist.”

So no, a violent civil war run by Antifa isn’t being organized by Refuse Fascism on November 4. That’s not a guarantee, of course, that violence might not break out if someone is intent on throwing the first punch. But Refuse Fascism isn’t seeking a Civil War. According to their websites and organizers, they are seeking a prolonged, peaceful protest.

Learn more about November 4 below: 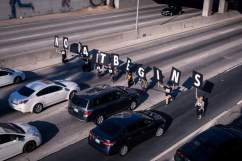 Where Are the November 4, 2017 Protests? List of Every Location, City & Time 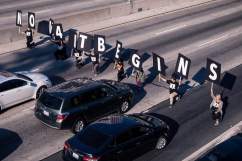 Loading more stories
wpDiscuz
0
0
Would love your thoughts, please comment.x
()
x
| Reply
Is there a #CivilWar2017 happening on November 4, run by Antifa? Find out more here.