On Tuesday, police in Tampa, Florida reported the gunshot death of Ronald Felton, who they say is possibly the fourth victim of a serial killer who began preying upon Tampa’s population a few weeks ago. Here’s five things you need to know about the suspected serial killer:

1. At Least Four People Have Died of Apparently Random Gunshot Attacks Since Oct. 9

The string of killings started on Oct. 9, when 21-year-old college student Benjamin Mitchell was shot at a bus stop near his house. Three days later, Tampa police released surveillance video showing images of a man they wanted to question in connection with what still seemed to be a single random crime at the time.

On Oct. 13, a city worker discovered the body of 32-year-old Monica Hoffa, believed to have been shot one or two days earlier. On Oct. 17, Tampa authorities announced that they believed Mitchell’s and Hoffa’s murders were somehow connected. One deputy told a local TV station that “Both cases are somewhat unusual in that there are no clear motives behind the killings.” Also, both victims were killed within ten blocks of each other in the city’s Seminole Heights neighborhood.

On Oct. 19, 20-year-old Anthony Naiboa was shot and killed in Seminole Heights, not far from the house where Benjamin Mitchell had lived.

After Naiboa’s murder things stayed quiet for almost a month until Nov. 14, when 60-year-old Ronald Felton was shot in Seminole Heights.

2. Authorities Previously Said Everyone in Tampa is ‘a Suspect or a Potential Victim’

I've never seen such a large area blocked off. Lots of @TampaPD officers on the streets after a fourth person was found dead in Seminole Heights. Stay tuned. pic.twitter.com/ZlJuvm6ejm

After Naiboa’s murder, Tampa’s Interim Police Chief Brian Dugan said that “Everyone at this point is a suspect…. Everyone wants to know, ‘Is there a serial killer,’ That’s the big question I get. I have purposely avoided that because there is stereotyping associated with serial killers. … we have three people murdered in a half mile of each other in 10 days. They were all walking alone. Probably minding their own business. Lord knows whoever is doing this.” Since police as yet had no idea who is doing the shootings, Dugan said, everyone in Tampa is either “a suspect or a potential victim.”

But after Ronald Felton’s murder on Nov. 14, police had an eyewitness’ description of a suspect: a slim black man, light-complexioned, height about six feet or six-foot-two, last seen wearing all black clothing and armed with a black pistol.

On the afternoon of Nov. 14, police and federal agents used yellow crime-scene tape to seal off a large portion of Tampa’s Seminole Heights neighborhood and underwent a manhunt for the killer. ABCNews reported that dozens of intersections were manned by cop cars with flashing lights, with at least one intersection completely shut down.

ANOTHER shooting in Tampa's Seminole Heights neighborhood this morning has officers telling neighbors to stay indoors, kids at home until given the all clear. This is same neighborhood where there are 3 unsolved murders and suspicion of a serial killer at work. pic.twitter.com/rnumaWruKK

On Oct. 27, when the Seminole Heights gunshot-murder count was still at three victims, Tampa’s ABC affiliate reported that an unusually high number of Seminole Heights residents also said that their house pets had lately gone missing. J.J. Rivera had three cats die or go missing in three weeks, she told ABC. And Tampa police confirmed that on Oct. 10, the day after Benjamin Mitchell’s murder, they got a call about a cat which had been decapitated.

Rivera, discussing her dead or missing pets, told ABC “I do want to raise the awareness. There’s something going on in the neighborhood, not sure what it is, I hope it’s not connected. But, something is happening and we all are a little worried …. I would never put a cats life against a person’s life, [but] I hope it’s not connected…when you start hearing and seeing so many more people are coming up yes I have cats yes there are cats in front of the house that are no longer here… we are all a little worried.”

The FBI has added acts of animal cruelty to its criminal database since January 2016. A press release on the FBI website says that “The National Sheriffs’ Association was a leading advocate for adding animal cruelty as a data set in the Bureau’s collection of crime statistics. The association for years has cited studies linking animal abuse and other types of crimes—most famously, murders committed by serial killers like Ted Bundy, Jeffrey Dahmer, and the ‘Son of Sam’ killer David Berkowitz. The organization also points out the overlap animal abuse has with domestic violence and child abuse. ‘If somebody is harming an animal, there is a good chance they also are hurting a human,’ said John Thompson, deputy executive director of the National Sheriffs’ Association. ‘If we see patterns of animal abuse, the odds are that something else is going on’.”

4. Police Want Tampa Residents to Check Their own Weapons

BREAKING:
Police asking families to stay indoors after body was found in Tampa neighborhood.
Search for a serial killer has been on for weeks there. @nbc6 pic.twitter.com/7SWs4zRGqX

On the afternoon of Nov. 14, after Ronald Felton became the serial killer’s presumed fourth victim, CNN quoted Police Chief Dugan as saying to Tampa residents, “If you own a gun and it’s in your home, I want you to go to your gun and find out if it’s still there. Verify it’s where it’s supposed to be, and if it’s not, we need you to call us.”

Dugan also called Felton’s murder “bolder” than the three from October, since this most recent shooting took place on a well-lit major street. He told the Associated Press that the killer or killers most likely hail from Seminole Heights themselves because “Whoever is doing it, they’re familiar with the neighborhood, and they’re able to vanish very quickly.”

5. Experts say it is Rare for Serial Killers to Use Guns

In late October, even after police admitted that they suspected the three then-existed gunshot murders were all connected, Tampa officials avoided using the actual “serial killer” label. Tampa mayor Bob Buckhorn told CNN that “We’re not using the word ‘serial killer’ yet because we just don’t have enough evidence. We’re not afraid of that word — if we think that that’s true, we’ll be happy to say it. But we’ve got to connect the dots.” (That said, even when Buckhorn hesitated to say “serial killer,” he had no compunctions against giving the shooter other labels, telling the public “we will hunt this son of a b**** down until we find him.”)

Bryanna Fox, a criminology professor at the University of South Florida in Tampa, told the Associated Press that it is unusual for a serial killer to use a gun, because “A lot of serial killers prefer other methods such as knives or strangulation. Those tend to be more one-on-one, and that’s what most serial killers prefer, a more intimate experience.”

That said, one of the most notorious American serial killers of the 20th century did use a gun as his preferred murder weapon: David Berkowitz, also known as the “Son of Sam,” who shot 13 people (and killed six) in the New York City area from July 1976 through July 1977.

Before Berkowitz was caught, the media often referred to him as the “.44 Caliber Killer” in reference to the weapon he used on his victims. 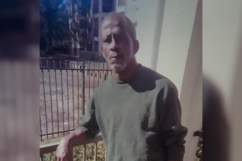 Read More
5 Fast Facts, Breaking News, Police
wpDiscuz
0
0
Would love your thoughts, please comment.x
()
x
| Reply
Police in Tampa, Florida think a man murdered on Nov. 9 was the fourth victim of a serial killer who has preyed on the city's Seminole Heights neighborhood since early October.