Judge Timothy Kelly, the judge hearing the case into CNN’s lawsuit to get Jim Acosta’s White House press pass back, is a Donald Trump appointee who used to work for a top Republican Senator, Chuck Grassley.

He’s handled other big cases; Judge Timothy J. Kelly was previously assigned to hear arguments in the legal battle over who the lawful acting director of the consumer watchdog Consumer Financial Protection Bureau is. He won easy confirmation in the U.S. Senate. However, the CNN lawsuit – supported by many other media outlets and press associations – has given Kelly quite the legal hot potato to navigate.

The case is being closely watched as it’s the latest skirmish between the president and the national news media. At its heart: Whether reporters have a First Amendment right to enter the White House or whether the president possesses broad discretion to determine who gets in.

Judge Timothy Kelly made an initial – but temporary – ruling in the case on November 16, 2018 that temporarily gave Acosta his press pass back.

The White House had suspended Acosta’s press privileges indefinitely after an incident that occurred during a press briefing. CNN’s Communications Office released this statement by Acosta and CNN jointly, “We are gratified with this result and we look forward to a full resolution in the coming days. Our sincere thanks to all who have supported not just CNN, but a free, strong and independent American press.”

In the ruling, Kelly granted a temporary restraining order in the case, restoring the press pass for now while arguments are heard on the core issues in the case. According to the Hill, he indicated that he had “not determined if the First Amendment was violated in this case” but felt that Acosta and CNN “are likely to succeed in their argument that their Fifth Amendment rights to due process were violated by the White House.” The judge is relying on a case that indicates CNN and Acosta needed to be given a chance to “rebut” the decision, The Hill reported.

Sarah Sanders, the White House spokeswoman, responded, “Today, the court made clear that there is no absolute First Amendment right to access the White House. In response to the court, we will temporarily reinstate the reporter’s hard pass. We will also further develop rules and processes to ensure fair and orderly press conferences in the future. There must be decorum at the White House.”

Judge Timothy Kelly was nominated to fill a seat on the D.C. District Court in June 2017, according to a White House press release.

He was then confirmed by the Senate by a 94-2 vote in September 2017. Democratic Senators Elizabeth Warren and Kirsten Gillibrand were the no votes. Warren helped craft the legislation that led to the Consumer Financial Protection Bureau.

The Vetting Room, a project examining the records of Trump’s judicial nominees, said of Kelly:

Kelly has an unusually well-rounded resume for a federal district court position. Having worked in private practice, as a federal prosecutor, and in the legislative process, Kelly will approach the bench with a broad array of legal experience. Furthermore, Kelly also has experience working with indigent clients, as he spent a year representing low income residents of Washington D.C. in cases involving public benefits, landlord-tenant, and family law.

It must also be noted that Kelly’s pre-law school experience is relatively rare for a federal judicial nominee. Of the nominees we have reviewed, Kelly is the first to have worked two jobs simultaneously, the first to have worked in the service industry, and the first to report having received federal financial aid. Given the privileged pedigrees of many nominees, Kelly’s background is refreshingly different.

Kelly was questioned by Democrat Senator Dick Durbin about his membership to the Federalist Society, which he has been a member of since 2009.

“Whatever personal views I hold would not be relevant to my position as a district judge, should I be fortunate enough to be confirmed. In any event, I have not understood the Federalist Society to espouse views on specific legal issues; rather, it provides a forum for open debate. According to its website, the Federalist Society was ‘founded on the principles that the state exists to preserve freedom, that the separation of governmental powers is central to our Constitution, and that it is emphatically the province and duty of the judiciary to say what the law is, not what it should be.’ These appear to be commonly accepted principles,” he wrote in response.

3. Kelly Previously Served as a Top Aide to Senator Chuck Grassley Who Called Him a ‘Talented Attorney’ Who Is ‘Well-Liked by Staff & Members on Both Sides’

Before being appointed as a judge, Kelly was a top aide to Senator Chuck Grassley, an Iowa Republican who is the chairman of the Judiciary Committee. He worked as the chief counsel for national security and senior crime counsel for the senator.

“Tim is a very talented attorney and is well-liked by staff and members on both sides of the aisle,” Grassley said on the Senate floor before the vote, according to Courthouse News. “His collegiality and ability to get along with folks will serve him well on the bench.”

Kelly began working for Grassley in 2013, according to his Senate questionnaire.

During his vetting process, Democrat Senator Sheldon Whitehouse asked Kelly about how his work with the Senate Judiciary Committee changed his view of proper judicial behavior, to which he responded:

I do not think my work on the Senate Judiciary Committee has had a major impact on my view of proper judicial behavior. If I am fortunate enough to be confirmed, my role as a district judge would not permit me to make federal law in any way, but would instead require me to faithfully interpret and apply federal law passed by Congress to cases and controversies before me. Given my observation of the careful consideration that is given to the text of a bill that becomes law, my work here has underscored for me the importance of a judge focusing on the text when interpreting a statute passed by Congress.

Whitehouse further asked if his approach on the bench would be different from during his time working with Grassley and the judicial committee:

Should I be fortunate enough to be confirmed, my work as a district judge would be dramatically different than my present work as a staff member for the Chairman on the Senate Judiciary Committee. In my current position, I play a small role in assisting the Chairman and other members of the committee write federal law. My role as a district judge would not permit me to make federal law in any way, but would instead require me to faithfully interpret and apply federal law passed by Congress to cases and controversies before me.

4. He Graduated From Duke & Georgetown Law Before Working in Private Practice & as a Federal Prosecutor

Kelly was born in 1969 in Glen Cove, New York. He graduated from Delbarton School in Morristown, New Jersey, in 1987, according to the school’s website. He then graduated from Duke University in 1991 and then went on to Georgetown law school, graduating in 1997 according to his White House biography. He was the senior associate editor of the American Criminal Law Review.

Prior to working in the Senate, Kelly was an attorney in private practice and as a federal prosecutor. He spent several years as a civil litigator at Arnold & Porter, according to the White House.

“Kelly spent a decade as a Federal prosecutor, serving first as an Assistant United States Attorney in the District of Columbia and then as a trial attorney in the Public Integrity Section of the Department of Justice’s Criminal Division,” the White House said.

According to his Senate questionnaire, Kelly was an assistant U.S. Attorney in D.C. from 2003 to 2007 and then worked for the Public Integrity Section from 2007 to 2013.

According to The Vetting Room, Kelly worked on misdemeanor, violent crime and white collar offenses as an AUSA. His work with the Public Integrity Section was more notable, The Vetting Room found:

At the Public Integrity Section, Kelly focused on the investigation and prosecution of political corruption. Kelly prosecuted Eugenio Pedraza, Special Agent-in-Charge for the Department of Homeland Security, who conspired with fellow agents to falsify investigative reports. Kelly also successfully prosecuted Donna Scott for steering Department of Energy contracts to her husband. Notably, Kelly successfully prosecuted the Lt. Governor of the American Samoa, and a senator in the American Samoa legislature for public corruption.

In 2010, Kelly was part of the legal team prosecuting former CIA agent Jeffrey Sterling for his unauthorized disclosure of classified information to journalist James Risen. Before Sterling’s trial, the prosecution missed a discovery deadline imposed by Judge Leonie Brinkema, submitting key impeachment evidence one day late. Judge Brinkema sanctioned Kelly and the other government attorneys for the missed deadline by striking two government witnesses. The Fourth Circuit, in a 2-1 decision, overturned this sanction as an abuse of discretion, noting that the government conduct was not made in bad faith. Nevertheless, the majority opinion noted that it cannot “condone the Government’s oversight.”

Previously, Kelly was a law clerk and then associate at Arthur & Porter in D.C. from 1995 to 2003. According to The Vetting Room, his work there was “focused on defending pharmaceutical companies against product liability lawsuits. Kelly served on the legal team defending American Home Products Corp. (Wyeth) in tort lawsuits relating to their sale of diet drugs. The team ultimately reached a national settlement over the claims during simultaneous state court trials in Mississippi and New Jersey.”

He also clerked for Judge Ronald L. Buckwalter on the United States District Court for the Eastern District of Pennsylvania from 2001 to 2002.

5. Kelly Lives in D.C. With His Wife, Who Works the City’s Department of Human Services & Their 2 Young Daughters

Judge Timothy Kelly lives in Washington, D.C. with his wife, Sharon Kershbaum, and their two young daughters. They have been married since 2005.

Kershbaum works as the chief operating officer for D.C.’s Department of Human Services, according to her Linkedin profile. In his Senate questionnaire, Kelly said his wife’s office “provides federal benefit eligibility determination and enrollment services for D.C. residents, as well as services for residents experiencing homelessness.” He said if a matter related to the department comes before the District Court in D.C., he would self-recuse himself from the case.

She is a graduated of the University of Pennsylvania and also has a master’s degree from Penn’s Wharton School. Along with her work in Mayor Muriel Bowser’s administration, Kershbaum was the deputy budget director for the city of Philadelphia from 2000 to 2004. She also worked for Fannie Mae from 2004 to 2007 as a director/chief of staff, and then returned to government, working from 2007 to 2010 as CapStat Program Manager and assistant director of contracting and procurement in D.C. and then at the U.S. Treasury as director of department offices operations and deputy assistant secretary for management and budget from 2012 to 2015.

Kelly has belonged to St. Peter’s Catholic Church on Capitol Hill since 2013, according to his questionnaire and has been a part of the Interfaith Families Project of Washington, D.C., since 2007. 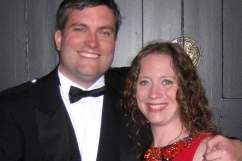