Andrea Baber, a former teacher at a Christian school in Oregon, is accused of having a year-long sexual relationship with a student that was uncovered after her husband stumbled on them together in the family home.

Baber was a teacher at Logos Christian Academy in Springfield, Oregon. She is but the latest female teacher in the United States to be accused of sexual misconduct with a teenage boy. Authorities say the boy in this case was 15-years-old and Baber is 29, according to Oregon Live. She lives in Cottage Grove, Oregon.

1. Baber Is Accused of Starting a Relationship With the Boy After ‘Flirting at School’ & Giving Him Marijuana

The Douglas County Sheriff’s Office alleged to Oregon Live that “the relationship began in 2016, when the male student was 15 years old” and allegedly “continued on a regular basis, with Baber also providing the boy with marijuana.” According to Oregon Live, Baber “is charged with third-degree rape, third-degree sodomy, unlawful delivery of marijuana to a minor, online sexual corruption of a child and contributing to the sexual delinquency of a minor.”

The boy, now 17, allegedly confessed to the relationship when confronted by authorities. “The boy told deputies that their relationship started with flirting at school, kissing at the movies and eventually progressed to sexual acts. He estimated having sex with his teacher once or twice a week at her residence,” The Register Guard reported. 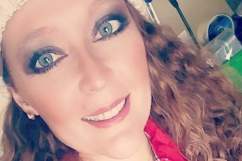 According to the Register Guard, the teenage boy’s father contacted authorities on December 12 “after he and his wife received an anonymous email, asking if they knew about their (now) 17-year-old son and Baber…Attached to the email were several photographs of Baber and the boy, together in Baber’s bed.”

Baber’s husband contacted Child Protective Services “after he caught his wife and the teen in the Babe home, partially unclothed,” the newspaper said authorities allege. “Baber’s husband told CPS that he also found topless photos of his wife that had been sent to the teen via text message.”

In 2015, Baber wrote on Facebook along with a wedding photo, “2 years ago I married my best friend. Suffice to say…best thing I’ve ever done.” Other photos show her dancing and touring Hawaii. 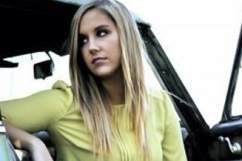 Baber’s teacher profile on the Logos Christian Academy website has now been removed, but the snippet still shows up on a Google search. It says that Andrea Baber “is part of our English Department staff and teaches Language and Literature, Writing II and Speech Communication. She was an Advanced Placement English student in high school and participated in debate. She earned a Bachelor’s Degree in English with a minor in Communication.” She is no longer listed in the staff directory of the school.

The about us page for the school defines it as “a small school in Springfield, OR, with a family atmosphere. Our average enrollment has been 90 students in grades 5-12. We cherish maintaining an environment where each student is taken into our hearts.” The principal and his wife started the school after she began teaching band classes to students who were home schooled, the website says.

On LinkedIn, Baber wrote that she was a “writing teacher” for Logos Christian Academy since September 2014. She described her duties as “Imparting knowledge of the English language and spreading enthusiasm for writing to the next generation.”

Her deleted bio once read, “Andrea has always felt called to work with youth and is very excited that God opened the door for her to be part of the Logos team,” reported the Register Guard.

4. Baber Previously worked as a Writing Tutor & a Baker

She held other positions, including as a baker for a pizza company for a year in 2013 in Eugene, Oregon, and a server at a restaurant for almost five years. She wrote that she received a bachelor’s degree in 2014 from Northwest Christian University, where she studied English/Communication. She listed her activities as “Speech and Debate, Sigmau Tau Delta (International English Honor Society)” and said she graduated from Elmira High School. She also wrote on LinkedIn that she volunteered at the Salvation Army.

Baber’s Facebook page defines her as “Forensics (Speech and Debate) coach at Northwest Christian University. Writing Teacher at Logos Christian Academy.” It contains photos of her wedding and of her holding a baby. 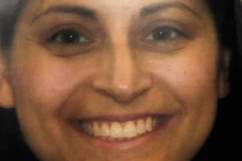 5. Multiple Female Teachers in the United States Have Been Accused of Sex-Related Allegations

Loading more stories
wpDiscuz
0
0
Would love your thoughts, please comment.x
()
x
| Reply
Andrea Baber, a writing teacher at a Christian school in Oregon, is accused of having a sexual relationship with a teenage boy. See photos of Baber.