A suspect has been identified in the triple murder in Houston. Police are on the lookout for a white male named Jeffrey Noble, 35.

KHOU reports that Harris County Sheriff’s deputies were called to the 15700 block of Creekhaven Court at around 4:30 p.m. on December 8. There, officers found three people dead of gunshot wounds. One witness told KHOU’s Shern-Min Chow that the suspect told the witness to leave the scene before the gunfire erupted.

Authorites have said that Noble fled the scene in a red 1998 Acura. A massive police effort is underway and people are asked to avoid the area.

.@HCSOTexas says this is 35 yr old Jeffrey Noble the person of interest in the triple murder in NW Harris County #kprc2 @KPRC2 pic.twitter.com/leCPMnnGIp

According to posts on Noble’s Facebook page, he was released from prison some time towards the end of 2016. In one interaction, Noble describes to a friend that he will be getting work as an electrician.

Noble had a Tumblr blog with just two posts, one is a Spotify link Kendrick Lamar’s “Element.” The other is a sentence that reads, “Hey people thank god textin isn’t like public speaking or I’d b stuck all the time lol just sayin hi to everyone.” The block is titled “Hurtful Thoughts.” 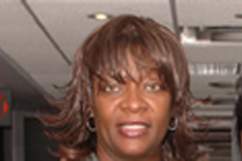 Read More
Breaking News, Crime, Shooting
A suspect has been identified in the triple murder in Houston.