A married middle school teacher is accused of having sex with a minor she met at her father-in-law’s church. CBS Austin reports that the investigation into Nicole Faires-Andrews, 31, began on October 24. Cops had received reports of an inappropriate relationship between a teacher and a student. Faires-Andrews was arrested on December 12 on charges of having a sexual relationship with a minor. The victim turned out to not be a student of Faires-Andrews’.

Faires-Andrews resigned her position at Cedar Park Middle School, where she was an English and language arts teacher, in November 2017, reports KXAN.

1. Faires-Andrews Was a Volunteer Youth Administrator at the Church at Canyon Creek for ‘a Couple of Years’

Faires-Andrews and the victim met at the Church of Canyon Creek, reports KXAN. Her father-in-law, Damon Andrews, is the executive pastor at the church, according to its website. The senior pastor at the church, Monty Watson, put out a statement saying, “Our hearts go out to the victim and the family, and we ask for prayer for all involved. We are working with the authorities and fully cooperating with this investigation.” Watson had earlier said that Faire-Andrews had worked at the “church for a couple of years.”

Faires-Andrews began teaching in the Leander Independent School District in August 2015. The teacher handed in her resignation on November 6, reports KXAN. The station says that Faires-Andrews had been on administrative leave since October 25 after the first allegations surfaced.

2. Her Sister-in-Law Was Killed in an Horrific Murder/Suicide in 2006

Faires-Andrews is married to Dustin Andrews. The couple has one son together. In October 2006, his family was rocked with tragedy when his sister, Lauren Andrews Brown was the victim of a horrific murder/suicide in Round Rock, Texas. Reports at the time said that Damon Andrews discovered his daughter and son-in-law, Donald Brown, dead of gunshot wounds. Donald Brown had been a senior airman in the U.S. Air Force and had been stationed at Fort Hood. Lauren Brown was a graduate of McNeil High School and the University of Mary Hardi-Baylor in Belton, Texas. 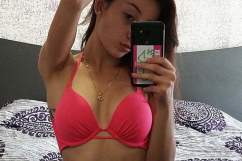 3. Faires-Andrews Could Face 20 Years in Prison

Authorities are accusing Faires-Andrews of having an ongoing relationship with the teenage boy, reports KXAN. She has been charged with the sexual assault of a child, second-degree felony. Faires-Andrews was taken into custody by the Williamson County Sheriff’s Office. She was held at Williamson County Jail. If found guilty on charges, Faires-Anreews could face a maximum of 20 years in prison and a fine of up $10,000, according to Texas state law.

Despite the victim not being a student at Cedar Park Middle School, a grandmother with a child at the school told CBS Austin, “We taught Sunday school with our youth and you develop a trust with them and a trust that should go on with your teachers too and these kids depend on them they trust them.” 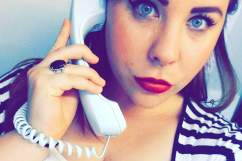 4. Texas Is Leading the Way in Legislation Regarding Teacher/Minor Sexual Assaults

In November 2016, Texas State Representative Tony Dale sought to pass legislation that would prevent, as Dale says, teachers merely resigning and moving. Dale said of his legislation, “HB 218 increases penalties and close loopholes that allow educators who engage in inappropriate relationships to resign and obtain employment in another district. This bill seeks to allow Texas the tools we need to get rid of teachers who prey on our children.” Dale represents Cedar Park, where Faires-Andrews lives.

Loading more stories
wpDiscuz
0
0
Would love your thoughts, please comment.x
()
x
| Reply
A married middle school teacher is accused of having sex with a minor she met at her father-in-law's church.