A Texas man is wanted in connection with the disappearance of two girls and the murder of their mother. On December 30, police in Round Rock performed a welfare check on the home of Tonya Bates. There, officers found Bates dead and her two daughters missing. Authorities believe that Bates’ daughters, Lilianais Victoria Cake Griffith, 14, and Lulvioletta Mariposa Bandera-Magret, 7, are with the dead woman’s roommate, Terry Miles, 44.

Miles is described as being 6 feet 2 and weighing 200 pounds wearing glasses with a goatee. It’s thought the trio may be headed to Louisiana in a grey 2017 Hyundai Accent with Texas plates reading JGH9845. The public is urged not to approach Miles. Anybody with any information can call the Round Rock Police Department on 512-218-550.

Round Rock Police Chief Allen Banks told the media on January 3 that authorities believe the three are in Colorado but “we do not know where he is going.” Banks said that officers are working 24 hours a day, dedicated to bringing the two girls home.

KXAN reports that Miles has not been charged with a crime yet authorities do not believe the girls are with him willingly. Bates’ neighbor, James Reid, told the station about the crime scene where Tonya Bates’ body was found, “About a good 12 cop cars, a couple K9s, they had all this taped off. I was speechless at first because that never happened next door to where I live. Usually, you hear it, and it’s like, ‘Oh, it’s somewhere else.’ Reid said the police spoke to him, “They asked me about her and the kids, and I didn’t know too much. And then when I told them there was an actual man who lived there with them, I guess that’s when they had more police come in to look around and stuff.” Reid added, “I mean at least find the kids safe, hopefully he drops them off somewhere.”

2. Miles Was Charged With Attempted Second Degree Murder in 2011

Police believe that Miles has connections in New Mexico and Southern Colorado as well as Louisiana, where the suspect used to live. KPLC reported in October 2011 that Miles had been arrested and charged with attempted second degree murder. Miles was accused of strangling his live-in girlfriend and hitting her with a “blunt object.” The woman fell into unconsciousness due to the attack, the station said. The report notes that Miles was held on a bail of $800,000. At the time, Miles was reported to be living in Sulphur, Louisiana. Those charges were dropped in November 2012.

Terry Miles, a person of interest in the kidnapping of two Round Rock girls, has been spotted at a business in Trinidad, Colorado. Police say other tips include the girls are with Miles. @cbsaustin pic.twitter.com/o0OFsqRac6

In September 2017, Miles wrote on his Facebook page that his wife died. Miles said, “I miss you boos, more than life itself… R.I.P my beautiful wife.” An obituary for Kerrie Filipski says that she passed away in September 2017. That tribute makes no mention of Terry Miles. Other posts on Miles’ Facebook page show that he has a grandfather as his son is a father. His son told Heavy.com, “He’s not my dad, I haven’t seen him in 25 years. He stole those pics off my wife’s page. We are not friends, Facebook won’t let me find him to unfriend him. I don’t want any part of him or this situation he is in.”

Also on Miles’ page, are posts about conspiracy theories involving a cure for cancer, rails against NFL players who kneel during the playing of the national anthem and in September 2017, Miles says he underwent surgery due to an injury he suffered to his arm.

According to Bates’ Facebook page, on December 17 she had returned home from a trip to New York City. Her daughters do no feature in any of her photos from the vacation. Bates says on that page that she is a nurse at St. David’s Round Rock Medical Center. In a statement, the hospital’s CEO Jeremy Barclay said, “Tonya spent her days caring for patients, and we will carry on her legacy by doing what she loved—caring for our community. We are keeping Tonya’s daughters in our thoughts and prayers, along with the law enforcement officers who are working diligently to bring them home safely.” Also on her Facebook page, Bates says that she is “mother of three beautiful girls.” 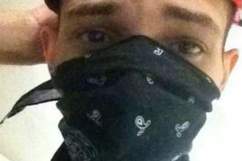 4. Earlier in December 2017, Police Were Called to Bates’ Home for a Domestic Disturbance

James Reid said in his KXAN interview that earlier in December 2017, police had been called to a domestic disturbance at Bates’ home. Reid said the cops accidentally knocked on his door, “I was like it’s not us, so I guess it was next door.” In a separate interview with CBS Austin, Reid said that the family moved into the complex about a month ago. 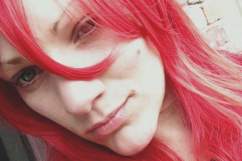 5. According to the Department of Justice, Nearly 900 Children Were Saved in 2017 ‘Specifically’ Because of Amber Alerts

According to Department of Justice statistics, in 2017, 897 children were rescued “specifically” because of Amber Alerts. In addition, 45 children were rescued because of Wireless Emergency Alerts. There are 86 Amber Alert systems in the United States. The alert was so named due to the abduction and murder of Amber Hagerman in Arlington, Texas, in 1996. There are several regional equivalents such as Levi’s Call in Georgia, named for Levi Frady and Morgan Nick Amber Alert in Arkansas after Morgan Nick.

Vocativ reported in July 2015 that 80,000 children were reported missing every year with 243 of those resulted in Amber Alerts. Of those, 50 were recovered thanks to Amber Alerts.

Loading more stories
wpDiscuz
0
0
Would love your thoughts, please comment.x
()
x
| Reply
A Texas man is wanted in connection with the disappearance of two girls and the murder of their mother.