Massachusetts Rep. Joe Kennedy III,  who delivered the Democratic response to President Trump’s State of the Union speech on Tuesday night, is seen as a rising star of the Democratic party.

Kennedy has only served in Congress since 2013, but is part of a long line of politicians. His father, grandfather, great grandfather, and two great uncles all worked in politics. Some of his family tree, like President John F. Kennedy and Robert F. Kennedy, are among the most well-known politicians in American history. Others, like his wife, are less famous. 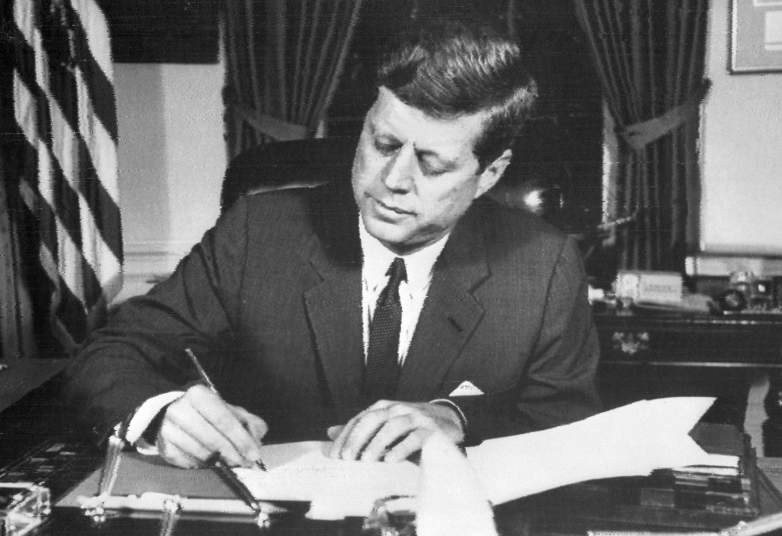 Joe Kennedy’s most famous relative is his great uncle John F. Kennedy, the 35th President of the United States who was assassinated in 1963. He is also the grandson of Robert Kennedy, a former United States Attorney General and New York senator who was assassinated in 1968. Sen. Edward Kennedy, often called Ted Kennedy, was his great uncle. Joe Kennedy’s father, Joseph Kennedy II, served as a Massachusetts representative to the U.S. House of Representatives from 1987 to 1999. Joseph Kennedy Sr., his great grandfather, was the United States Ambassador to the United Kingdom from 1938 to 1940, and was married to Rose Elizabeth Fitzgerald, who was the daughter of Boston Mayor John F. Fitzgerald.

2. His Family is Packed With Politicians

It’s not just his famous grandfather, father, and great uncles who were involved in politics. Kennedy has a number of first and second cousins in politics too. His cousin Patrick Joseph Kennedy, Ted Kennedy’s son, served as a Rhode Island congressman from 1995 to 2011. Ted Kennedy Jr., also Ted Kennedy’s son, is a second-term member of the Connecticut state senate, and plans to seek re-election.

Jean Kennedy Smith, JFK’s sister, served as an ambassador to Ireland under President Clinton.  President Kennedy’s daughter, Caroline Kennedy, served as a U.S. Ambassador to Japan from 2013 to 2017. Her son Jack Schlossberg currently attends Harvard Law School, but has said he would pursue a career in politics.

From health care to economic justice to civil rights, the Democratic agenda stands in powerful contrast to President Trump’s broken promises to American families. Deeply honored to be chosen to deliver the response to the State of the Union next week. Stay tuned for updates!

While not explicitly involved in politics, Kennedy’s uncle Robert Kennedy Jr. is a well-known figure for his work on environmental issues. He’s an activist and environmental attorney and serves on the board of the Waterkeeper Alliance. He is also the chairman of the World Mercury Project, which aims to reduce and eliminate mercury exposure from vaccines and other industry and pharmaceuticals. Previously, he served as an attorney for the Natural Resources Defense Council, and as a chief prosecuting attorney for Hudson Riverkeeper. His radio show, Ring of Fire, which focuses on political back stories and corruption, is nationally syndicated.

3. He Has a Twin Brother who Worked for Obama

#OTD in 1980, @RepJoeKennedy and his brother Matt were born in Boston. #mapoli pic.twitter.com/evbdt3OeQz

Joseph Kennedy III and his fraternal twin brother Matthew Kennedy were born on Oct. 4, 1980 in the Brighton neighborhood of Boston to Joseph Patrick Kennedy II and Sheila Brewster. Matthew was born eight minutes earlier than Joseph.

The brothers, who went by “Joe” and “Matt,” grew up in the Boston area and attended Buckingham Browne and Nichols school in Cambridge, Mass.. They enrolled at Stanford University together, where they both received a B.S. in management science and engineering. Both brothers also hold advanced degrees from Harvard University. Matt Kennedy has an M.B.A. and Joe Kennedy graduated from Harvard Law School. In 2006, the twins co-chaired Ted Kennedy’s reelection campaign.

Matt Kennedy went on to hold senior roles in the Obama administration, working in the Department of Commerce, Department of the Treasury, and the White House. He is currently on the board of the Kennedy Center for Justice and Human Rights and the John F. Kennedy Presidential Library Foundation, and is a founder of Kennedy Merchant Partners.

4. His Parents are Divorced and His Mom Wrote a Book About It 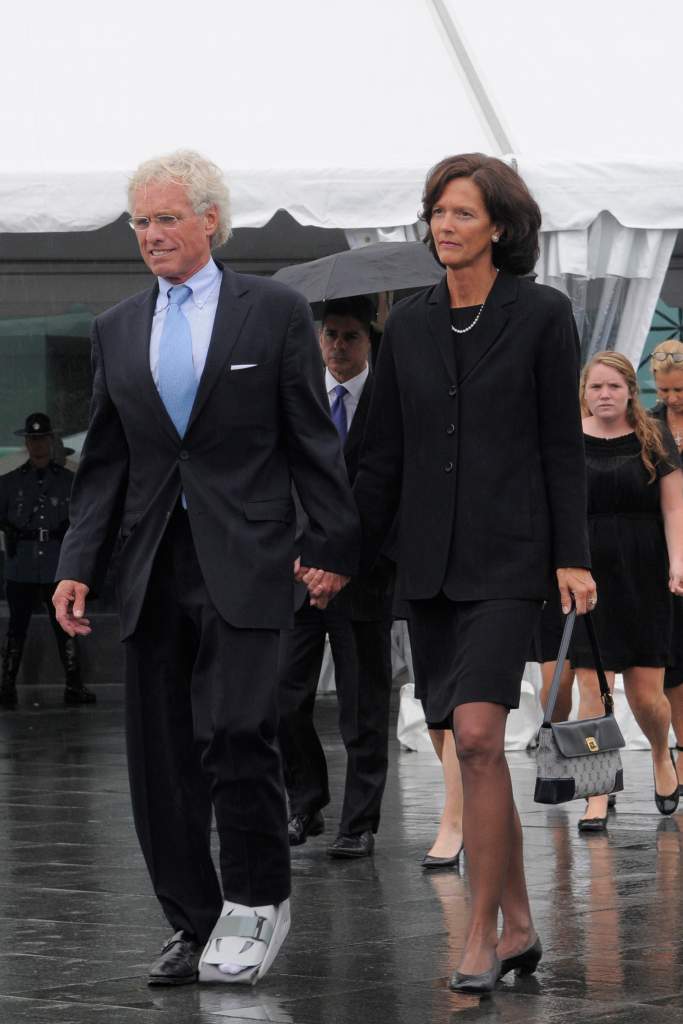 Joe Kennedy’s parents Sheila Brewster Rauch and Joseph Kennedy II were married on Feb. 3, 1979. They worked together on the 1980 presidential campaign for then Sen. Edward Kennedy, and on his father’s own successful campaign for the U.S. House of Representatives in 1986. Political life was stressful, and the couple divorced in 1991.

In 1993, Joe Kennedy II wanted to marry Anne Elizabeth Kelly, a former staff member, in a Roman Catholic ceremony. He requested an annulment of his first marriage, but Rauch did not agree to the annulment. She wrote a book titled Shattered Faith: A Woman’s Struggle to Stop the Catholic Church from Annulling her Marriage, where she described why she was against the idea of annulling the 12-year marriage. Joseph Kennedy II married Kelly on Oct. 23, 1993 in a non-Catholic civil ceremony.

After their parents were divorced, Joe and Matt Kennedy split their time between Brighton and Cambridge, Mass.

5. He and His Wife Met in Elizabeth Warren’s Law Class 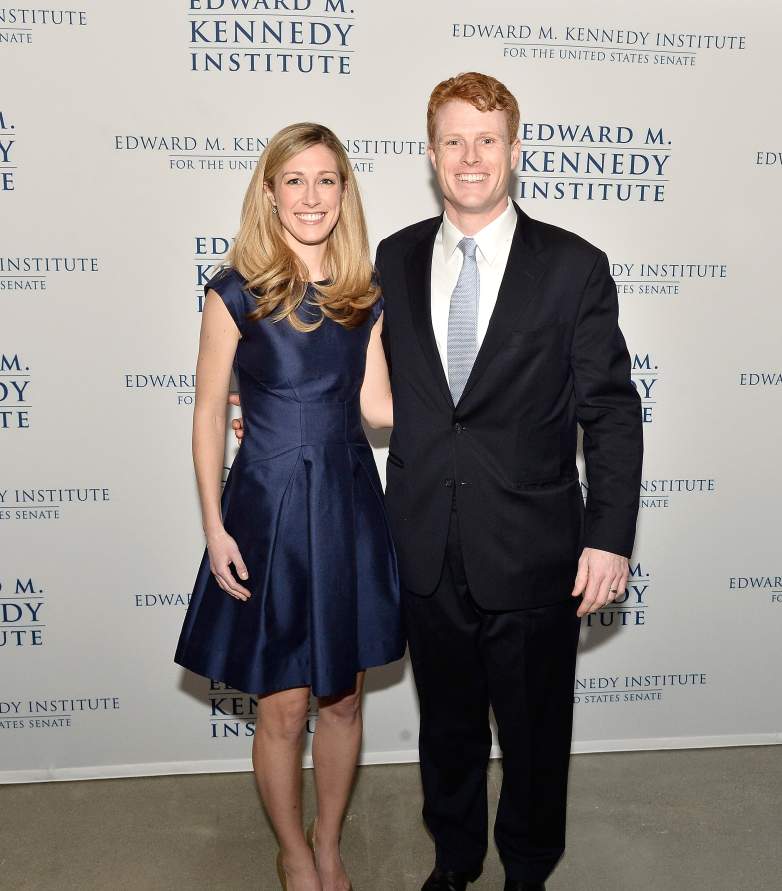 Joe Kennedy met his wife Lauren Ann Birchfield while at Harvard Law School, in a class taught by future senator Elizabeth Warren. Sen. Warren joked to WPRI that five couples met in that class, and she takes credit for all of them.

Birchfield grew up in Southern California and attended UCLA, where she was a Rhodes finalist and graduated with a degree in political science in 2006. She graduated from Harvard Law School in 2009, and also studied at Oxford University in England. She has worked on human rights and health policy issues at the Blue Cross Blue Shield Foundation of Massachusetts and the National Partnership for Women and Families. She is the co-founder of Neighborhood Villages, an organization that works to provide affordable, quality healthcare and education for children. Joe and Lauren Kennedy co-authored an opinion piece in Cosmopolitan in support of CHIP funding.

Meet James Matthew Kennedy. Born early this morning and doing great. First gift he received was (appropriately) a Patriots jersey from Grandpa Joe. Thanks to all for the kind words. We are exhausted, over the moon and deeply grateful! pic.twitter.com/F7D1ZVlDK7

Read More
5 Fast Facts, Politics
wpDiscuz
0
0
Would love your thoughts, please comment.x
()
x
| Reply
Joseph Kennedy III is part of the famous family of politicians, including the former president. He is married to his law school sweetheart and they have two children.