Manafort’s attorneys filed the lawsuit Wednesday in D.C. federal court. Mueller’s office declined to comment, but a DOJ spokesperson told Politico, “The lawsuit is frivolous but the defendant is entitled to file whatever he wants.”

In the complaint, Manafort attorneys Kevin Downing and Thomas Zehnle claim that the DOJ gave Mueller to much power and that his investigation into alleged financial crimes by Manafort exceeded his mandate to investigate ties between the Russian government and the Trump campaign.

Manafort’s attorneys wrote, “The actions of DOJ and Mr. Rosenstein in issuing the Appointment Order, and Mr. Mueller’s actions pursuant to the authority the Order granted him, were arbitrary, capricious, and not in accordance with the law.”

“The principle that government must be both limited in power and accountable to the people lies at the core of our constitutional traditions. That principle must be zealously guarded against creeping incursions,” they wrote in the complaint.

You can read the full 17-page complaint below:

Manafort, and his former business associate and Trump campaign aide Rick Gates, were indicted in October 2017 on charges related to unlawful financial dealings, including money laundering, mainly tied to Manafort’s political work in Ukraine. He is scheduled for trial in May.

According to the lawsuit, prosecutors on Mueller’s team issued more than 100 subpoenas related to Manafort in August 2017, with some of the subpoenas seeking records dating back to 2005. A prosecutor told Manafort in August he would be prosecuted for crimes alleged to have taken place in 2010, according to the lawsuit. Manafort’s attorneys then asked Rosenstein, who is the acting attorney general for the Russia probe because Attorney General Jeff Sessions recused himself, for clarification on whether Mueller’s team could look into years prior to the campaign. They said they never heard back. Manafort was eventually charged for actions occurring between 2006 and 2016.

“The actions of DOJ and Mr. Rosenstein in issuing the Appointment Order, and Mr. Mueller’s actions pursuant to the authority the Order granted him, were arbitrary, capricious, and not in accordance with the law,”lawyers for Manafort wrote in the lawsuit. “Like the independent counsel statute that came before it, this Appointment Order ‘ought to be shoved firmly back in the ice from which it was initially untombed.'”

“I think it’s going to be an uphill battle,” said Sol Wisenberg, a leading white-collar attorney, told CNBC about the Manafort lawsuit. “These kinds of things usually don’t prevail.”

Mueller’s investigation has led to convictions against two former Trump campaign aides. Retired Lt. General Michael Flynn and campaign staffer George Papadapolous both admitted to lying to the FBI during interviews with investigators looking into Trump campaign ties to Russia and pleaded guilty. They have both been cooperating with the investigation. Manafort and Gates have both pleaded not guilty.

Peter Carr, a spokesman for the special counsel’s office, did not comment on the lawsuit. 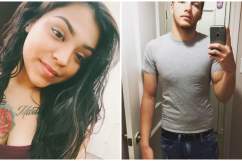 Loading more stories
wpDiscuz
0
0
Would love your thoughts, please comment.x
()
x
| Reply
Paul Manafort has filed a lawsuit against Robert Mueller, Rod Rosenstein and the Department of Justice alleging they overreached their authority by charging him.